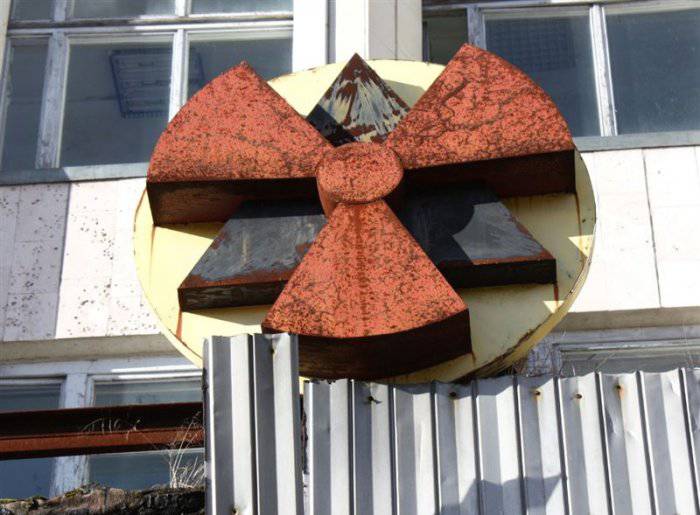 When the fourth reactor at the Chernobyl nuclear power plant exploded 25 years ago, it seemed that nuclear power could be over. All over the world, people watched in horror as radioactivity from Ukraine spread with the direction of wind movement over Europe. With the fallout of radioactive fallout for hundreds or even thousands of kilometers from Chernobyl, scientists measured radiation doses in order to find out whether certain zones are safe. One can still see the manifestation of those anxieties. In particular, the British government and now limits the sale of meat of sheep grazing in some areas of Wales. And in the south of Germany it is forbidden to sell boar meat and mushrooms that they eat.

By the beginning of the new millennium, the memory of Chernobyl in the world began to fade, and the climate for nuclear energy has again become favorable. Rising oil and gas prices and concern about global warming made the world talk about "nuclear rebirth." Now 64 new nuclear power plants are being built in the world in addition to the 443 that already exist.

And now the reactors of the nuclear power plant "Fukushima-1" in Japan are responsible for the greatest emission of radiation since the time of the Chernobyl tragedy, so old doubts come back with a new force.

In particular, environmental activist Mayoko Nakahara at a recent demonstration in Tokyo expressed the feelings of many Japanese. “I was concerned about the policy in the field of nuclear energy for a long time. If we do not take advantage of this case, then who knows when the anti-nuclear movement will regain such a scale. Therefore, I am here to say: we should get rid of nuclear energy, ”said the ecologist.

The growing concern has caused several countries, including China, to freeze plans for building new reactors. In Germany, the government shut down the 7 of the oldest atomic reactors for three months. But is the Fukushima accident and the memories brought by the anniversary of the Chernobyl disaster serious enough to cast doubt on the future of nuclear power?

American nuclear specialist James Acton believes that the answer will be different in different countries. “Where public opinion means something, I think Fukushima will have a negative impact on the further growth of nuclear energy,” he notes.

Countries where public opinion is taken into account most of all, just correspond to the list of countries where the largest number of nuclear power plants. In the United States, their 104, in France - 58, in Japan - 54.

But according to Acton, in those countries where public opinion does not play a large role in shaping government policy, the nuclear power industry will continue to develop. Among such countries is Russia, which now has 32 NPPs, this is the fourth place in the world list.

“As far as I know, according to the program that Russia adopted several years ago on the development of nuclear energy, 25 should be atomic percent of the country's electricity,” he notes. - This program is still valid, at least officially. As far as I know, at the political level, this decision exists, and I do not know about the existence of any serious debate about this. ”

Atomic energy production in Asia is expanding the most. China now has an 13 NPP, and is building another 27. For this country, the development of nuclear energy is part of an energy strategy. We see the same in other Asian countries: Vietnam, Indonesia. These countries, as well as Morocco in northern Africa, announced their intention to start producing nuclear energy around 2020. The plans of these small states can now seriously change due to the accident in Japan. After all, they should borrow billions of dollars to build nuclear power plants on the international capital markets, and this after Fukushima will cost much more. Because capital markets will now see greater risk in such investments.

At a time when the world is watching the events around the Fukushima-1 nuclear power plant, supporters and opponents of the nuclear power industry are disappointed that many of the questions raised by the Chernobyl disaster remain unanswered today. Is it possible to make a nuclear power plant safe enough to eliminate the possibility of radiation leakage due to malfunctions or a natural disaster? And, if the accident has already occurred, can the liquidation measures restrain the spread of radiation over long distances? These issues, as it seems, will continue to accompany the development of nuclear energy in the coming decades.
Ctrl Enter
Noticed oshЫbku Highlight text and press. Ctrl + Enter
Military Reviewin Yandex News
Military Reviewin Yandex Zen
Add a comment
Information
Dear reader, to leave comments on the publication, you must sign in.