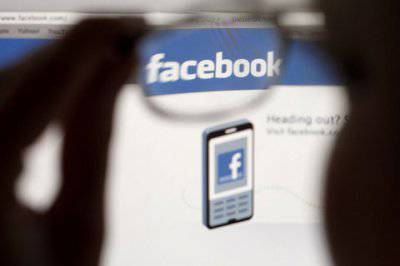 The war in Syria requires new victims. Jihadists recruit supporters from British Muslims through social networks. London is puzzled by this dangerous trend. The rebels in the SAR finally got an American anti-tank weapon. Analysts are sure: deliveries go through Saudi Arabia. The radicals are successfully arming despite the dismissal of the chief defender of the Syrian militants, Prince Bandar bin Sultan, from the post of chief of intelligence.


The International Center for the Study of Radicalization and Political Violence at Kings College (London) analyzed materials posted on social networks from 2012 to the present. A new wave of recruitment has been discovered. In the ranks of the “Islamic State of Iraq and the Levant” and “Dzhebhat an-Nusra”, there are about 11 thousands of foreigners fighting, of which 1900 Europeans: from the UK - 366, Belgium - 296, France - 412, Germany - 249, and also from the Scandinavian countries writes the Guardian. In winter, the Europeans were there around 700. Social networks Twitter and Facebook allow you to maintain contact with those who left the British Isles in the SAR. Pages in social networks abound in photos of teenagers with weapons calling their friends to join them. Skype is used for the exchange of experience between recruits and experienced terrorists.

Prominent Islamic religious figures are engaged in online agitation - American Ahmad Musa Jibril and Australian Musa Serantonio, a former Catholic who converted to Islam. 12 Thousands of Muslims enjoy listening to Serantonio's sermons and exchanging messages with him. Djibril 145 has thousands of followers. Some ask if it is possible to participate in jihad with my wife and one-year-old child, others in which place is best to cross the Syrian-Turkish border.

British researchers note that the Syrian conflict was the first in stories the battlefield where fighters are attracted through social networks by the forces of “virtual preachers”. It was possible to trace the path of young British men and women who went to war from Bradford, Manchester, London, Birmingham, Portsmouth and Crowley. Some argue that the reasons for leaving the war were exclusively humanitarian motives of deeply religious people: helping the oppressed Syrian people, the war with the infidels ... Others left at the behest of friends or brought along by romance of adventures.

UK police since the beginning of 2014, have arrested some 30 militants who have returned from Syria or were heading there. Since April, the British secret services block the passage of British suspects in the desire to go to the SAR. 14 of these citizens had their passports confiscated.

The help to radicals is growing not only by people, but also by heavy weapons. The first evidence of jihadist use of American-made anti-tank weapons appeared. Militants of the movement "Hazm" from the Free Syrian Army received 20 anti-tank missile systems (ATGM). And already applied in Idlib, Aleppo and Latakia.

Earlier, intentions to provide the insurgents with MANPADS (man-portable air defense systems) and anti-tank systems declared Saudi Arabia. Moscow warned about the regional danger of hitting these types of weapons to jihadists. US Secretary of State John Kerry assured Russian Foreign Minister Sergei Lavrov: The United States will not deliver MANPADS and anti-tank systems. Reuters reports that American missiles are everywhere: in the north, south and southeast of the SAR. Publication analysts believe: American ATGMs are most likely shipped from warehouses in Saudi Arabia. But the United States is aware of the transfer, as stipulated by the contract.

Armed militants Riyadh goes, despite the resignation from the post of the head of Saudi intelligence Prince Bandar bin Sultan, a major supporter of the Syrian radicals. His dismissal is associated with failures in an attempt to manage the Syrian crisis, said NG Theodore Karasik, head of research and development at the Military Analytical Institute of the Middle East and the Persian Gulf. A number of officials in the kingdom believe that Bandar was expelled as having failed in his task: “Riyadh wanted Assad to be eliminated, but chaos occurred instead. Today, Saudi Arabia’s international policy is more centralized. This does not mean that the assessment of the future of the SAR is the same for Riyadh and Washington. A recent meeting between US President Barack Obama and King Abdullah demonstrated the continuation of political differences. " But this does not interfere with the supply of weapons to sworn enemies of Assad.

Ctrl Enter
Noticed oshЫbku Highlight text and press. Ctrl + Enter
We are
Compact strike: American portable anti-tank weaponsAnd about. The head of the Ministry of Internal Affairs of Ukraine announced the beginning of the military operation in Slavyansk
Military Reviewin Yandex News
Military Reviewin Google News
21 comment
Information
Dear reader, to leave comments on the publication, you must sign in.