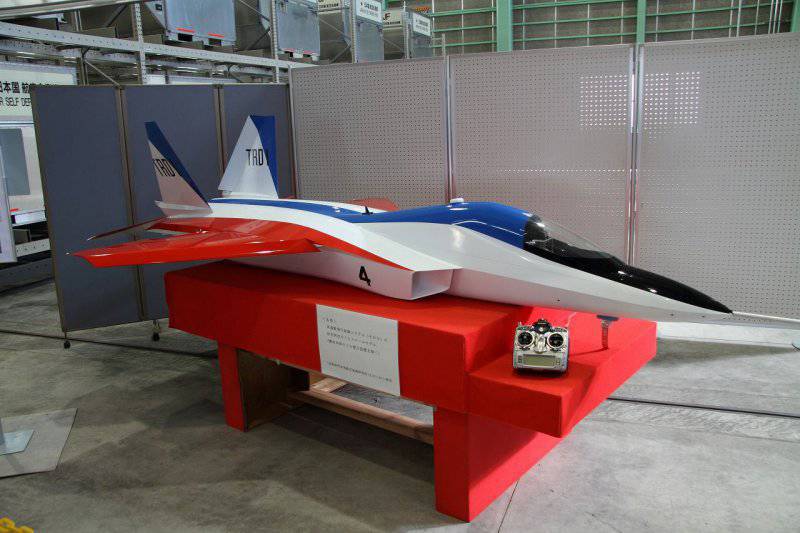 
The ATD-X fighter is intended to replace the F-2 aircraft developed by Mitsubishi.

As the Minister said, speaking April 10 in the Commission on Foreign Affairs and Defense of the upper house of parliament, flight tests of the machine are scheduled to begin this year. In 2015, the aircraft will be handed over for testing by the Self-Defense Air Force and the Technical Research Institute of the Ministry of Defense (TRDI). The project is expected to be completed by the end of March 2017.

The ATD-X Shinshin project is being developed by TRDI. MHI is the main contractor for the project. The prototype ATD-X, which is being built by MHI in accordance with the contract signed with the Defense Ministry of Japan, will be used for demonstration during flight tests of advanced technologies, including low visibility, high maneuverability, and enhanced situational awareness, which is supposed to be used to create promising Japanese fighters generations.

As TSAMTO previously reported, the implementation of the ATD-X Shinshin prototype project was launched by MHI in 2009 in response to the development programs of the next generation fighters in neighboring countries. The prototype is designed to test in-flight technologies of stealth, as well as other technical solutions to achieve high speed and maneuverability. It will also allow the country's air defense to work out methods of countering unobtrusive fighters that may be deployed in the region in the future.

Initially, MHI was planning to roll out the ATD-X for May of this year, but now the schedule has shifted by several months.

According to I.Odeder, assessing the level of available technologies and costs, the Ministry of Defense of Japan in the 2018 f.g. decide on the independent production of the national unobtrusive prospective fighter, or its joint development in the framework of an international program.

Japan's plans to develop an F-3 fighter based on the ADT-X may meet US opposition, which previously blocked Tokyo's attempts to develop a national fighter. In the 1980s FSX fighter program was blocked by Washington, which put pressure on Tokyo, citing Japanese growth aviation industry could be detrimental to the US aviation industry. This pressure ultimately led to the joint development of the F-2 aircraft based on the American F-16C.

According to Japanese officials, the development by China and Russia of fifth-generation fighters J-20 and T-50 makes the program to create a national low-profile fighter vital for providing a national air defense system.

As Lieutenant General Hideyuki Yoshayoka, head of the aviation systems development department at TRDI, said in November 2011, 28 radar systems in Japan can effectively detect long-range 3 and 4 fighters at long range, but their ability to detect fifth-generation aircraft is difficult to predict .