The Independent: Indian politicians urged to soften the punishment for rapists and execute affected women

Two high-profile statements by Indian politicians provoked a protest from public and political circles in India. One of the representatives of the Socialist Party proposed to abolish the death penalty for rapists, and the other to introduce it for both the man who committed the crime and the injured woman. 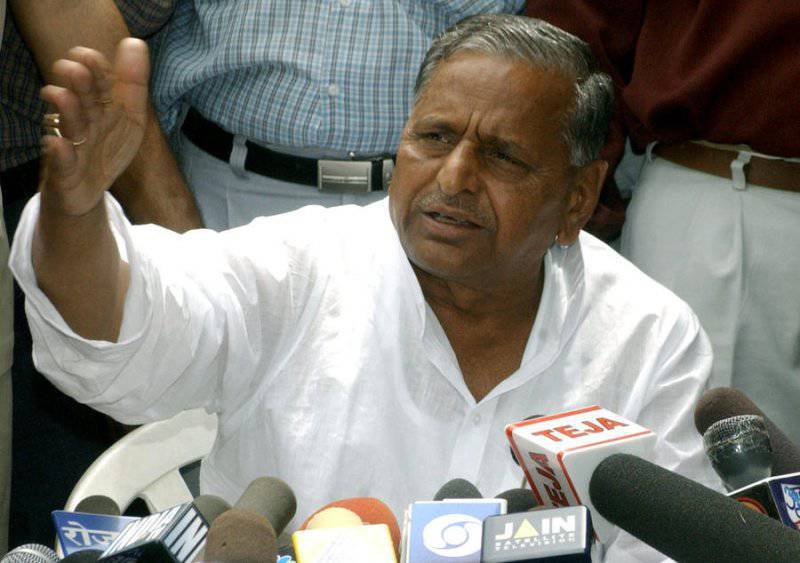 The head of the Socialist Party of India Moulayam Singh Yadav made a loud statement, speaking with an electoral speech in the city of Moradabad, writes The Independent. He promised that if he became the head of the government of Uttar Pradesh, he would seek the abolition of the recently adopted law on the death penalty for rapists.

His words immediately provoked a wave of protest from various public organizations and political opponents. Also, though not openly, they were condemned by the ruling party - the Indian National Congress. A few days after his statement, the policy had to be justified.

“I am against rape. The rapist must receive the most severe punishment. But we should not hang innocent people, ”Mulayam Singh Yadav later said.

Soon another loud statement was made, already by Abu Asim Azmi, another representative of the Socialist Party. Indiawith the support of Muslims. He believes that together with the perpetrators should be hung up and raped women.

«Rape in Islam is punishable by hanging. But this applies only to the man, but to the woman nothing. Although the woman is guilty, "- he said, commenting on the words of his ally.

“You need to hang any woman, married or unmarried, if she sleeps with a man, regardless of whether or not her consent was given. Both need to hang. You shouldn’t allow such a thing even with the consent of the woman, ”the politician emphasized.

These loud remarks are heard in India as part of the parliamentary elections that began this week. They will end in May. An 543 MP will be elected to the lower house of parliament.