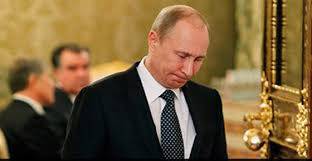 Catherine Ashton scares again. At the same time, she scolds citizens who took to the streets in Donetsk and other cities in the east of Ukraine, while she applauded the same citizens in Kiev, for the same actions ... Maybe she should come to Donetsk with cookies, and her views would change ? Who knows.


But against the background of the disgusting duplicity that EU officials demonstrate, a truly interesting event happened. Namely, the Pulitzer Prize was awarded to newspapers that actively promoted Snowden. More precisely, the American newspaper The Washington Post and the British Guardian won the Pulitzer Prize in the nomination "In the Service of Society" for publishing materials about the secret programs of mass electronic espionage by the NSA, which were handed over to journalists by former CIA agent Edward Snowden.

Let me remind you that the Guardian is a British newspaper, considered the mouthpiece of that part of the world financial elite, which stands for dividing the world into currency zones. It was this newspaper that promoted Assange and Snowden, and it was she who, for the first time more than a year ago, wrote that there is a possibility of appointing Sergei Glazyev as chairman of the Central Bank of the Russian Federation. Last news It did not come true - but, as they say in the old children's joke, “I like the way you think!”.

As for the Washington Post, this is the mouthpiece of the neocons, the extremely conservative American Imperials, who categorically insist on maintaining US dominance in the world, even if this does not leave a stone unturned from this world. But - opposing the liberal-financial ideology, the IMF and the "banksters".

This choice seems to be quite controversial. Although the fight against the special services has always been a “trick” of the liberal public, but both nominees are certainly not liberal publications (although the organizing committee of the award certainly includes mostly liberals). In addition, many people believe that Snowden is a real traitor (from the point of view of the law - that’s right), which is difficult to praise.

There is one more circumstance. The fact is that the basic plan for the economic rescue of the United States about a year and a half ago was the creation of a free trade zone between the US and the EU. This plan, from the point of view of the EU, is not entirely profitable: production in Western Europe is more expensive than in the US, which means that if it is implemented (that is, the non-tariff methods of protecting EU markets are removed), this region is waiting for about the same deindustrialization as the Baltic States and Eastern Europe after joining the EU. In other words, the continental European elites could not like this plan.

And two weeks after Obama announced plans to create a North Atlantic free trade zone, Snowden jumped out of the box with his data about Europeans tapping. Moreover, his information appears again and again - as the US is trying to "push through" its plan. One of these leaks was the data on tapping Merkel's personal phone numbers - and again after it became known that the next round of the Washington-Brussels negotiations on the FTA began.

And here's the question: did those who gave the last Pulitzer Prize remember such subtleties? Theoretically, it can be confined to the remark that journalists do not care about such subtleties, but let's not forget - these are American journalists, and they specialize in many respects on political topics. That is - they all understand. So, awarding the prize is in many ways an expression of categorical disagreement with the political line, aimed at strengthening the US monopoly in the world.

Today we see this disagreement in a very large number of moments: both in support of the population of Western Europe, Russia's position (I did not start this text for nothing, by mentioning Catherine Ashton), and in the election results in many Western countries, and in awarding various public awards. And by itself, this situation causes wild irritation of the state elites of Western countries.

At the same time, it’s not so much the specific actions of Russia that are condemned (there are big problems, all the time internal contradictions emerge, like in Ashton), as the very direction of its actions. Roughly speaking, the point is not that Russia is defending anyone or protesting against something, but that it allows itself to make independent decisions that have not been agreed upon with the United States. Or, in other words, by the very fact of its actions it demonstrates the destruction of the US monopoly on the management of the world.

True, there is still China and some other political forces (for example, political Islam). But here the situation is also tricky - the fact is that Russia is built into the system of the American world very much and receives quite large “geshefts” from it (mainly in the form of oil prices), which causes wild irritation. Roughly speaking, within the framework of the Western, and even more specifically, the Anglo-Saxon ethical system “giving a hand a bite” is categorically not accepted. More precisely, it is permissible only if the owner of this hand already does not represent anything.

That is, the matter is not in our concrete actions (they, by and large, do not care for everyone in the US, in the EU a little differently, but his opinion is of little interest to anyone), but that we are violating basic principles. And in such a situation, the United States is forced to respond, even if there are no formally material reasons for this, moreover, even if it is simply harmful to answer. Because if this is not done, then the reaction of their own groups of influence is unequivocal - “godfather” is no longer omnipotent. In this sense, we ourselves call this fire upon ourselves, stimulating those very sanctions, since we demonstrate our own opinion.

There are two ways out. The first is to recognize the primacy of the United States and make concessions. Our government, our officials would have done it with pleasure - but the political power understands that this is a clear death, and it is fast enough. So, we need the second option - the transition to an independent policy in all other areas, in order to become independent of that “giving hand”. The trouble is that all of our modern elite is just grown by this very “hand” (starting with privatization and IMF loans, each of which caused a sharp increase in the number of Rublevka residents) and will actively resist attempts to humiliate it.

As a result, we live in a wonderful situation: Russia's political power itself provokes sanctions against itself (the alternative is a sharp decline in public support and a withdrawal from the political arena with extremely negative consequences) and an increase in confrontation with the domestic elites that have developed over the past decades. It cannot abandon this policy, which means that it must come to grips with the problems of replacing this very elite. AND stories The type of Pulitzer Prize award affect this conflict, making it practically intractable.

Thus, the outside world rather strongly influences political life in Russia. However, this influence is quite complex - and today it leads to a rapid aggravation of the political conflict in the country.

Ctrl Enter
Noticed oshЫbku Highlight text and press. Ctrl + Enter
We are
How the US uses surveillance and scandals to spread its global control (AlterNet, USA)US Spy Empire: Difficult Objects, Impossible Objectives, and Critical Gaps in US Intelligence
Military Reviewin Yandex News
Military Reviewin Google News
36 comments
Information
Dear reader, to leave comments on the publication, you must sign in.