We live in the XXI century - war is impossible

April 17 2014
32
Every day, Ukraine is increasingly plunging into a serious economic, political and ethnic crisis. The scientific director of the German-Russian Forum, advisor to the president of the German-Russian Chamber of Commerce, member of the Advisory Board of the International Debating Club told about its consequences, the possibilities of resolving conflict issues, as well as the role of Russia and the West in determining the future fate of Ukraine. Valdai "Alexander Rahr.


- What is the line of Germany in relation to the Ukrainian crisis?

Aleksandr Rar: Germany during the financial crisis has gained leadership positions in Europe. In addition, the Germans began to feel their responsibility in matters of security on the European continent, including in Ukraine. Therefore, if Germany takes the side of Russia now, it will lose support and confidence from other EU member states, which require tough sanctions against Moscow. In other words, in such conditions, Berlin needs to take into account the opinion of all European countries in the Ukrainian conflict.

But at the same time, German policy is trying to leave all the doors and air vents for dialogue with the Russian side. This is recognized by Moscow, which in the present situation, perhaps, only with Germany, and is ready to discuss issues of European security. 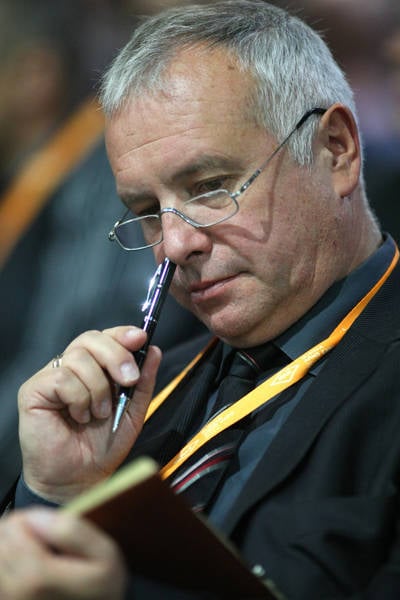 Alexander Rahr is sure: the West has no money to restore Ukraine

- Do you support, as a European, appeals in the EU to introduce new sanctions against Russia?

Aleksandr Rar: Sanctions on a country like Russia will provoke retaliatory sanctions. That is, a blow will be struck not only in the Russian economy, but also in the EU economy. Particularly affected are those countries that have built close and mutually beneficial relations in Moscow over the years, as well as made large investments in the Russian economy.

- Do you agree that it is the Western world that is guilty of the Ukrainian crisis?

Aleksandr Rar: There are several reasons for this crisis. First: Ukraine for 25 years could not become a strong, economically developed state. In addition, it is very dependent on Russian energy, and politically and economically - on external factors. In its current state, Kiev is not capable of making sovereign decisions.

The second: the Ukrainian nation could not become united. No European country is experiencing such a serious internal division.

Third reason: Ukraine has become the object of geopolitical struggle between Russia and the West. Let me remind you that the conflict that we are seeing now began last fall, when the European Union forced President of Ukraine Viktor Yanukovych to sign an association with the EU and automatically thereby wanted to close the entrance to Ukraine for the Customs Union and the Eurasian Union. In fact, Ukraine’s withdrawal to the West in a few years would lead this country to NATO membership. Such a prospect was and remains completely unacceptable for Russia.

Thus, against the background of the clash of interests between Russia and the West, a real geopolitical battle began. If we lived a few hundred years ago, we would see a real battle. But since we live in the 21st century, war is impossible. But geopolitical frictions nonetheless have a place to be. The situation is aggravated by the fact that the parties to the conflict cannot find a common position that would lead to a stabilization of the situation in Ukraine. Unfortunately, time does not play into the hands of Ukraine. Ukrainian authorities are losing control over their country, the economy is collapsing, the army is missing. The country is also ruined by the deepest ethnic conflict between its western and eastern parts. This is a very dangerous and protracted crisis.

- But there must be some way out of this crisis ...

Aleksandr Rar: The federalization of Ukraine is the only correct way out. But federalization should not be the first step towards the collapse of the country. Federalization should be supported by all conflicting parties. Of course, it will lead to the decentralization of power. But the regions will get more responsibility and rights. Thus, Eastern Ukraine will be able to establish economic relations with Russia, and Western Ukraine with the European Union. The same goes for cultural issues, language policy, education, and even teaching stories.

However, I stress that federalization should be strengthened by all parties. We cannot allow Ukraine to disintegrate the very next day after the declaration of federalization only because its western and eastern parts could not agree on something.

- What, in your opinion, will be the scenario of events, if Ukraine does not agree to federalization?

Aleksandr Rar: We live in the XXI century, and no one wants war in Eastern Europe. Therefore, Russia, the United States, the European Union and Ukraine will sit down at the negotiating table and will be able to agree on a joint stabilization package. Moreover, the Crimea is already not in question. He has already gone to Russia and in the West they understand that it is impossible to bring him back. I think that in the process of such negotiations the parties will come to an understanding of the need for the federalization of Ukraine. It would, of course, be the perfect scenario.

The negative scenario is the bloody collapse of Ukraine, the complete decline of the country. This scenario will not lead to the normalization of a situation that will simply become uncontrollable.

- What role will the financial support of the West play in stabilizing the situation in Ukraine?

Aleksandr Rar: The West decided to help Ukraine for several reasons. Firstly, the West does not want the collapse of this country. Secondly, the European Union and the United States fear that the situation in Ukraine may lead to war. And most importantly: Europeans are terribly afraid of the restoration of the Russian Empire. The Western world is ready to give the last money to Ukraine just so that it does not fall into the orbit of Russia.

But if you soberly assess the situation, then you need to recognize that the West does not have the kind of money that is necessary for the restoration of Ukraine. The United States and the European Union can only give loans. And this means that Ukraine will have to return them. In addition, she will have to carry out very painful reforms for her economy, politics and social sphere. Many unemployed people will appear, hundreds of factories will close, protests of the population will cover the country. So granting loans is not the best option.

From my point of view, there is only one correct way out - this is joint assistance to Ukraine from the West and Russia. Especially Russia, which has all the keys for stabilizing the situation in Ukraine, and for destabilization.

- Was it a shock for the West how Russia defends its interests in Ukraine?

Aleksandr RarA: Yes, the West is in great shock. Many in the European Union are only now beginning to realize that in a few weeks a referendum was held and the Crimea became part of Russia in front of the West, which was unable to react to it in any way.

- Will the crisis in Ukraine lead to global changes in world geopolitics?

Aleksandr Rar: So far this is only a local conflict. But everyone understands that the fate of many European regions that are in favor of self-determination depends on the outcome of this conflict.

The second point: when the conflict in Ukraine calms down, lengthy and serious discussions about the future system of European security will begin. Because the return to the old system will be impossible. The West will have to admit that it pursued the wrong policy towards Russia and Ukraine. The West will also have to admit that the Russian factor has become dominant in Europe. I think that in the future we will see numerous important conferences with the participation of the leaders of the European Union and Russia on the creation of a common free economic zone from Lisbon to Vladivostok. There will also be a general security interest. This would be the most loyal and constructive scenario, since sanctions and isolation can only bring us back to the Cold War.

Another important point: the world order will change. Everyone will see that the world has become multipolar, that there are countries offering their concepts on key security issues.

So the local crisis in Ukraine will have huge and deep consequences for the whole world.

Ctrl Enter
Noticed oshЫbku Highlight text and press. Ctrl + Enter
We are
The land of man-made disastersThe world we leave, the world we enter, and the world between them
Military Reviewin Yandex News
Military Reviewin Google News
32 comments
Information
Dear reader, to leave comments on the publication, you must sign in.