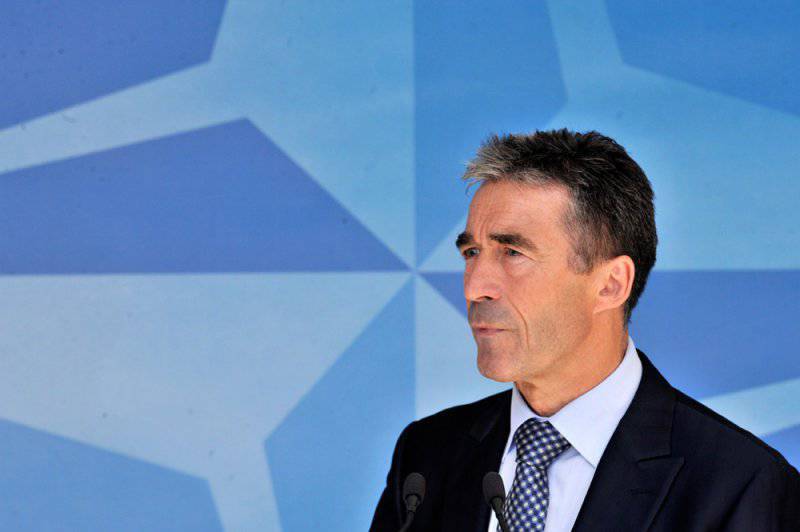 NATO Secretary General Anders Fogh Rasmussen made a statement regarding the current situation in Ukraine. According to him, the NATO Council approved a package of measures to strengthen the defense of the alliance in connection with the crisis in Ukraine.


NATO Secretary General Anders Fogh Rasmussen said that NATO is stepping up Baltic air patrols, as well as sending ships to the Baltic Sea and the eastern Mediterranean.

The NATO Council at a meeting today in Brussels at the ambassadorial level of 28 of the Alliance member countries approved a package of measures to enhance the security of the Eastern European states of the alliance in connection with the crisis in Ukraine. This, as ITAR-TASS reports, was reported by NATO Secretary General Anders Fogh Rasmussen.

“Our defense plans will be revised and strengthened,” he told reporters in Brussels after the meeting. Answering the question, what specific plans of collective defense does NATO intend to implement, Rasmussen said that the alliance never comments on this kind of decision. “We approved concrete military steps that we believe are necessary at this stage to ensure effective collective defense and deterrence,” he said.

Rasmussen also noted that NATO has not yet decided to locate permanent bases in the countries of Eastern Europe. “Today we did not make decisions about such objects. Today we have agreed on a set of measures that can be immediately applied. But further work will be carried out, ”Rasmussen said, answering the question of whether the alliance plans to set up permanent bases in Eastern European countries.

NATO Secretary General also said that he considers the only possible political way to resolve the crisis in Ukraine, and called on Russia to join it. “We have taken further measures to respond to the crisis in Ukraine. We agree that a political decision is the only way forward, ”the Secretary General said, expressing confidence that such a decision should respect the democratic aspirations of the Ukrainian people. "We urge Russia to become part of the solution, stop destabilizing Ukraine, withdraw troops from the borders and clearly state that it does not support the separatists," Rasmussen said.

Recall that on the eve of Rasmussen again called on Russia to de-escalate the situation in Ukraine and a clear statement that the Russian Federation does not support the violent actions of the separatists.

“I urge Russia to de-escalate the crisis, withdraw troops from the Ukrainian border, stop destabilizing the situation in Ukraine and clearly state that it does not support the violent actions of pro-Russian separatists,” he said before the meeting of the EU Council at the level of defense ministers.