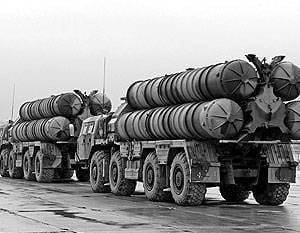 One of the largest in the world opens in Paris on Monday armory exhibitions - "Eurosatori-2010". On the eve of the opening of the forum, Rosoboronexport shared the proposals with which the Russian delegation will go to the capital of France. According to the press service of the department, Russia is ready to offer regular customers of the domestic defense industry enterprises to modernize the equipment purchased in the USSR and Russia to NATO standards. Russia offers foreign customers programs for the deep modernization of a wide range of weapons and military equipment of Soviet and Russian production in accordance with NATO standards, the press service of FSUE Rosoboronexport reported.

“The design support from the Russian developers makes it possible to fully ensure the combat capability of military units adopting upgraded weapons, as well as to ensure the safety of their operation,” the report said, Interfax reports.

It says that Rosoboronexport will present at the Eurosatori-2010 arms exhibition, which will be held in France from 14 to 18 in June, “an exhibition that brings together some of the most sought-after product samples of the Russian military-industrial complex.”

Deputy Director General of Rosoboronexport, head of the delegation Igor Sevastyanov notes that “in recent years more complex and advanced forms of cooperation have been implemented with European partners, including research and development, joint ventures”.

“Actively working out projects of joint participation in military technical programs in the interests of third countries. Today we are really reaching a qualitatively new level of military-technical cooperation, ”said Sevastyanov, as quoted by the press service.

At the International Exhibition of Armaments and Military Equipment of the Ground Forces and Ground-Based Air Defense Systems “Eurosatori-2010” Russia plans to present the products of the national defense-industrial complex that are most in demand on the world arms markets.

“It is expected that the operational-tactical missile system Iskander-E, which is intended to destroy particularly important small-sized and area targets with conventional combat units at any time of the year and day at a distance of 280 km, is expected to remain in the spotlight under active opposition from the enemy. The most important feature of the launcher was the placement of two missiles on it. One minute after the launch, the second one can start, ”the FSUE Rosoboronexport press service reported.

The report also notes that “Buk-M2E anti-aircraft missile system (SAM) has good export prospects.” This is the only medium-range air defense system in the world that is capable of destroying not only strategic and tactical aircraft under conditions of strong radio and fire resistance aviation, helicopters and cruise missiles, but also tactical ballistic and aircraft missiles, including anti-radar, striking elements of precision weapons, as well as surface targets, the press service said.

Participants of Eurosatori 2010 will be able to familiarize themselves with actively exported Russian armored vehicles, including a tank T-90S and its commander’s modification T-90SK, armored personnel carriers BTR-80A, armored repair and recovery vehicles.

Foreign partners show great interest in the upgraded BMP-3M, according to a press release. Installing a new digital ballistic computer, a thermal imaging sighting system with automatic target tracking and a thermal commander's thermal imaging sight with an integrated laser rangefinder significantly increases the effectiveness of using armament consisting of 100-mm smooth-bore gun, 30-mm automatic gun and 7,62-mm machine gun mounted in a single stabilized weapon unit. BMP-3M meets all the requirements of today to machines of this class, the report says.

Self-propelled artillery will be presented at the 152-mm howitzer 2-19 Msta-S, 120-mm artillery 2-23 Nona-SVK, an automated Vienna artillery complex. The last two are capable of firing 120-mm shells and mines (including the NATO standard) direct (half-line) fire, from closed firing positions. At the FSUE “Rosoboroneport” stand, visitors will also be able to familiarize themselves with the characteristics of the Chrysanthemum-S anti-tank complex, which is able to effectively deal with all modern tanks, lightly armored targets, engineering structures, firing points and manpower of the enemy.

“The Smerch upgraded multiple launch rocket system is another advanced Russian model. According to experts, this system is one of the best in the world. The modernized “Smerch” is capable of striking almost all types of modern ground targets with a minimum consumption of projectiles in a short time, with high accuracy at a distance of up to 90 km, ”the press release says.

At the Russian stand, specialists will be able to obtain information about the Mi-171Sh military transport helicopter and the Mi-35М transport and combat helicopter, see the improved Kalashnikov assault rifles of the “100th” series (AK-101, AK-102, AK-103, AK-104 5,56 caliber and 7,62 mm), anti-tank missile systems, special small arms and technical equipment, radar stations and other types of Russian weapons and military equipment created on the basis of advanced technologies. Including the 152-mm Krasnopol, guided weapons systems, the Kitolov-122M, the KM-2 "Gran" 8-mm for 120-mm mortars.

In the meantime, it became aware of personnel changes in Rosoboronpostavka. Russian President Dmitry Medvedev, by his decree, freed Viktor Cherkesov from his post as head of the Federal Agency for the Supply of Arms, Military, Special Equipment and Material Resources, the Kremlin’s press service reported on Sunday.

By another decree, Medvedev appointed the head of the agency Nadezhda Sinikova, reports RIA "News».

Sinikova was born in 1955 year. In 1982, she graduated from the Kursk Agricultural Institute. prof. I.I. Ivanova. In the tax authorities of Sinikov works since June 1990 of the year.

Rosoboronpostavka is a federal executive body that performs the functions of a state customer for placing orders, concluding, paying, monitoring and recording contracts for the state defense order for the entire nomenclature (up to 1 in January 2009 of the year - only in part of mass production) of weapons, military, special equipment and material resources (with the exception of special equipment and material resources according to the nomenclature determined by the heads of ministries and departments that are customers on the state defense order), as well as to ensure the implementation of state policy, legal regulation, state property management in this area.