April 16 2014
7
As reported by Nigei Pittway and David S Isby in the article “Leased Aircraft to Replace Malaysian Fulcrums”, published in the April issue of Air International magazine, Malaysia plans to lease 18 fighters to replace its MiG-29N / NUB due to lack of funds for purchase of aircraft with similar parameters. Although the Malaysian Multi-Purpose Combat Aircraft (Multi-Role Combat Aircraft) program has been postponed several times due to financial shortages, the Malaysian Air Force has considered several replacement options, including the Boeing F / A-18E / F Super Hornet, Dassault Rafale, Eurofighter Typhoon and Saab fighters JAS-39C / D. 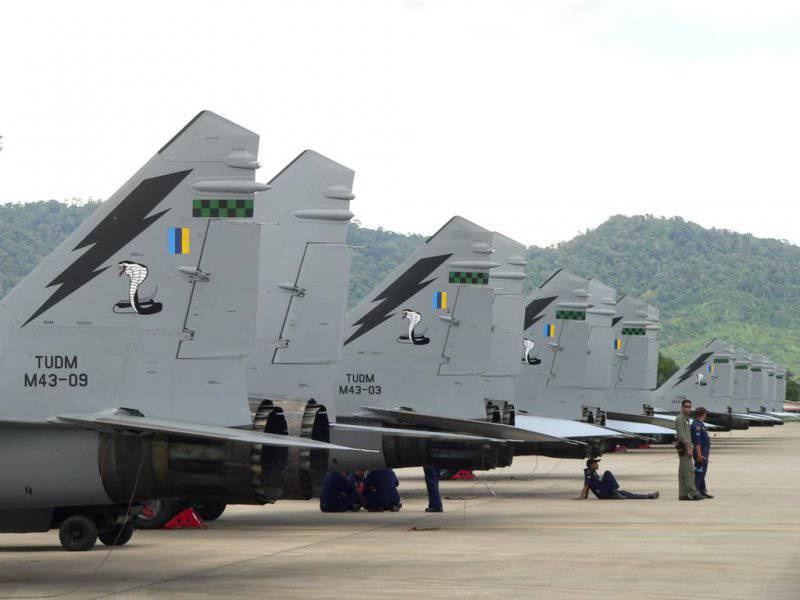 Director of Business Development concern BAE Systems Alan Garwood (Alan Garwood) 20 February reported that Malaysia has requested proposals for the possibility of leasing the aircraft from each manufacturer, and his company had to transfer in March their views on the lease of Typhoon fighter jets. “We will pass on Typhoon’s proposals next month [March - bmpd] along with the purchase proposals, and we expect negotiations to take place on this issue during this - or even early next year.”

The Russian corporation MiG offered the option of modernizing the MiG-29 as an alternative to leasing or buying a new aircraft. The modernization project will be based on the MiG-29UPG variant developed for the Indian Air Force, and work will be carried out in Russia and a Russian-Malaysian joint venture in Kelantan.

The Malaysian 16 single MiG-29N fighter jets and two combat-capable MiG-29NUB fighters were delivered to 1995. Since then, a pair of single-seater fighters have been decommissioned, and today in good condition there are nine vehicles that are armed with 17 / 19 squadrons in Quantana. The planes were to be decommissioned from July 2009, but in February 2010 it was announced that they had to be repaired with the goal of extending their life for another five years.