How the junta violated / violates the Constitution of Ukraine 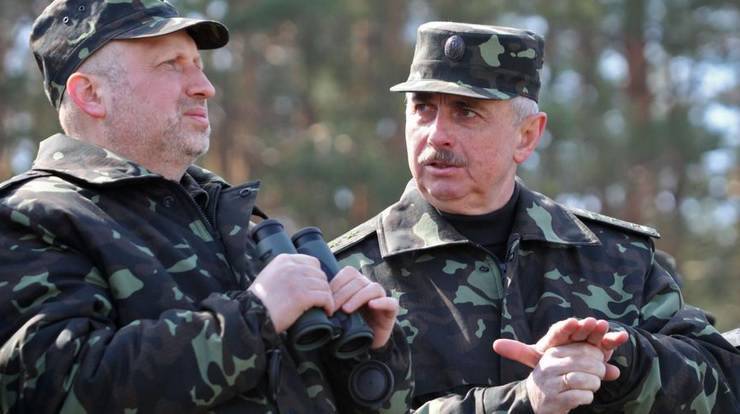 The first is the so-called “self-elimination of President Yanukovych”. How did it start? Since after the signing of the agreement on 21.02.2014, the President’s residence and himself were attacked, threats to his life and health were expressed before and after. We look at what the Constitution says about it:

After the departure of the president from the territory of Ukraine, he ceased to be president? Again we look:

In order not to violate this article, an attempt was made to physically eliminate the president. With the latter reason, everything is transparent, but maybe it was not broken? Maybe he was sick, or he was dismissed, or is there some way of resigning?

Look further:
Article 109. The resignation of the President of Ukraine takes effect from the moment he personally announces the resignation at a meeting of the Verkhovna Rada of Ukraine.
No statements.
Article does not apply.

Article 110. The impossibility of the fulfillment by the President of Ukraine of his powers for health reasons must be established at a meeting of the Verkhovna Rada of Ukraine and confirmed by a decision adopted by a majority of its constitutional composition on
on the basis of a written submission of the Supreme Court of Ukraine - upon the appeal of the Verkhovna Rada of Ukraine, and a medical report.
There was no medical report, there was no presentation on this occasion. The Rada did not hold.
Article does not apply.

There was not one of the legal ways provided for by the Constitution to transfer presidential powers to another person. But look further. Suppose the president is gone, what can do IA, sorry, AND ABOUT.

Wonderful, let's see what can't do IA? The points.

Excerpts from 106 articles. President of Ukraine:

2) addresses messages to the people and annual and special messages to the Verkhovna Rada of Ukraine on the internal and external position of Ukraine;
De jure, the Oncological Institute did not address the messages, we will assume that this IA I did not do it, although he often sends Radu.

10) appoints, on the proposal of the Prime Minister of Ukraine, members of the Cabinet of Ministers of Ukraine, heads of other central executive bodies, as well as chairmen of local state administrations and terminates their authority in these positions;
Selected by me. Right here great ass. ALL nominated "governors" are illegal! Can not IA do this The people of Ukraine, take note!
Item broken Repeatedly!

11) appoints, with the consent of the Verkhovna Rada of Ukraine, the position of Prosecutor General of Ukraine and dismisses him from office;
Attorney General appointed.
Item broken.

27) pardons;
I have not heard about the changes here.

President of Ukraine acts issued within the powers provided for in paragraphs 3, 4, 5, 8, 10, 14, 15, 17, 18, 21, 22, 23, 24 of this Article shall be countersigned by the Prime Minister of Ukraine and Minister responsible for act and its execution.
Do on acts from IA The relevant signatures are unknown.

In another edition of the Constitution, there are changes in what cannot be done. IAFor example, in the Crimea may cancel. Around this and fussing, what kind of constitution works. But the point about the inadmissibility of appointing heads of regions is in both editions.

Tell the Ukrainians: all "nominated" IA Heads of regional administrations under any Constitution are illegal!

I have the honor!

Ctrl Enter
Noticed oshЫbku Highlight text and press. Ctrl + Enter
We are
Hitler's loyal followersComparison of the current Constitution of the Russian Federation and the Stalin Constitution 1936 of the year.
Military Reviewin Yandex News
Military Reviewin Google News
28 comments
Information
Dear reader, to leave comments on the publication, you must sign in.