What fills the ideological vacuum ("The American Conservative", USA) 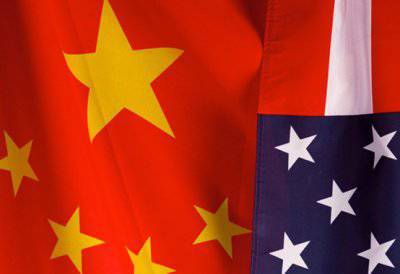 There is growing anxiety about events abroad on our television shows, in newspaper commentaries and in research centers. And President Obama, many are accused of a noticeable decline in respect for the United States around the world. However, we do not hear any calls like Action This Day from Central America to correct the impression that America is retreating. If it was possible in one sentence to express the seeming indifference of the silent majority of America about what is happening abroad, then this might be a simple question: is this our problem?


If the Russian or Ukrainian flag flies over Simferopol, then why should it bother us so much that we are ready to send American warships, cannons and soldiers there? If Japan and China are fighting over small islands located 16 thousands of kilometers away from us — most Americans cannot find them on the map — then why should we interfere in all this? And, to be honest, the answers of our elites cannot be called convincing. One explanation for the turning away of America from these wars is that we do not see our vital interests in these conflicts - from Syria to the Crimea, from Afghanistan to Iraq, from the South China Sea to the Senkaku Islands.

Moreover, the main motive of the sacrifices made during the half-century of the Cold War (it cost us trillions of dollars and 90 thousands of soldiers killed in Korea and Vietnam) was the belief that we are heading the forces of light in the struggle against the forces of darkness who ruled Sino-Soviet empire, which today no longer exists. The great ideological battle of the 20 century between totalitarianism and freedom, communism and capitalism, militant atheism and Christianity ended. The communist empire collapsed. It is possible to observe only its remnants in such stagnant pools as Cuba. Marxism-Leninism as an ideology leading the great powers turned into a dead faith. The Communist Party, perhaps, rules in China, but state capitalism spawned Chinese billionaires who no longer brandish a little red book. The remains of Lenin still lie on Red Square, and the remains of Mao are on Tiananmen Square, but today they are tourist attractions, not holy relics for secular saviors, remaining objects of worship.

The only region where religion or ideology forces people to fight and die to build a world based on the commandments of the faith remains an Islamic region. However, as former CIA director Richard Helms noted, the Taliban Afghanistan, Iran and Sudan ayatollahs are all failed states.

At the same time, at the moment when the faith or ideology of a civilization or a state dies, something must replace them. And what people and regimes around the world are turning to is called nationalism.

Vladimir Putin returned the Crimea and declared himself the protector of Russians in the former republics of the Soviet Union. China’s claims in a dispute with Japan in the South China Sea are rooted in 19 cards and 21 nationalism, fueled by hatred born of Japan’s brutality during the conquest of China from 1931 to 1945. Japan’s answer is not to reaffirm the emperor’s divinity. Prime Minister Shinzo Abe appeals to nationalism, trying to break out of the limitations of the pacifist constitution imposed on the country after the Second World War.

America also seems to be trying to find a substitute for anti-communism in order to justify global responsibility, which, as far as can be judged, has less and less relevance to vital national interests. Bush, about whom I spoke, created the “new world order”. This phrase today sounds like an insult. George Bush Sr. stated that the mission of America should be "deliverance from tyranny in our world." It seemed that the new deity, worshiped by America, would become the golden calf of democracy. However, when democracy (one person - one vote) highlighted Hamas in Palestine and the Muslim Brotherhood in Cairo, doubts and apostasy began.

At the end of the Cold War, Francis Fukuyama declared that we were approaching the “end stories»When liberal democracies prove the viability of the final form of government adopted by all mankind. But not only in Russia and China, but also in many countries of Europe and the third world, apparently, democracy itself is not a goal for people, but a means for promoting a greater idea. The voice of the tribe and the nation seems more attractive. And the Western gospel, which states that all religions, races, nations and tribes are equal, and should be treated equally, is supported in words, but there is no faith in it.

Turkish Prime Minister Recep Tayyip Erdogan called democracy a bus from which you get off at your bus stop. His stop was a moderate Islamist state that responded to his personal principles as well as the attitudes of his party. It is clear that countries around the world want America itself to wage their wars. Such an option may be in their interest, but is it now ours?

The American empire, the last of the great Western empires, may soon come down from the stage as unexpectedly as the other empires of the 20 century.

Ctrl Enter
Noticed oshЫbku Highlight text and press. Ctrl + Enter
We are
What ships of the Ukrainian Navy raised the flag of St. Andrew (photo review)What you didn't want to know about England
Military Reviewin Yandex News
Military Reviewin Google News
39 comments
Information
Dear reader, to leave comments on the publication, you must sign in.