Vladimir Putin: A sharp escalation of the conflict in Ukraine puts the country on the brink of civil war

Russian President Vladimir Putin held telephone talks with German Chancellor Angela Merkel and Israeli Prime Minister Benjamin Netanyahu. The head of the Russian state said that the sharp escalation of the conflict in Ukraine puts the country on the brink of civil war, and also stressed that the sharp exacerbation of the crisis in Ukraine was the result of Kiev’s irresponsible policy, ignoring the legitimate rights and interests of Russian-speaking residents. 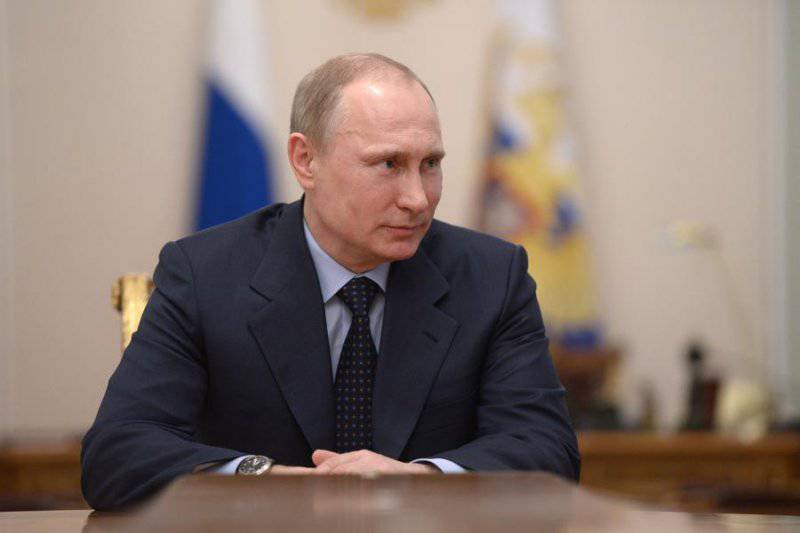 “Putin and Merkel exchanged views on the anti-constitutional course taken by the current authorities in Kiev to forcefully suppress popular protests in the south-eastern regions of Ukraine. The Russian President noted that a sharp escalation of the conflict puts the country, in fact, on the brink of civil war ", RIA quoted News message of the Kremlin press service.

One of the main topics of the talks between the leaders of the two countries was the forthcoming quadripartite meeting in Geneva devoted to the problems of Ukraine. The President of Russia and the German Chancellor expressed the hope that at the talks scheduled for next Thursday they will be able to send a clear signal that will help to translate the situation in Ukraine into a peaceful course.

The topic of Ukraine was raised during another conversation. Vladimir Putin spoke by telephone with Israeli Prime Minister Benjamin Netanyahu. The conversation took place on the initiative of Tel Aviv. “At the request of Benjamin Netanyahu Владимир Путин gave an assessment of the processes taking place in Ukraine ", - said the Kremlin press service.

During the talks, the head of the Russian state stressed that the sharp exacerbation of the crisis in Ukraine was the result of Kiev’s irresponsible policy, ignoring the legal rights and interests of Russian-speaking residents. The President emphasized that Kiev should not use the armed forces to suppress protests in the south-east of the country.

Putin and Netanyahu also discussed topical issues of bilateral cooperation and the international agenda, including the course of negotiations on the Iranian nuclear program. The leaders agreed to continue the regular exchange of views on issues of mutual interest.