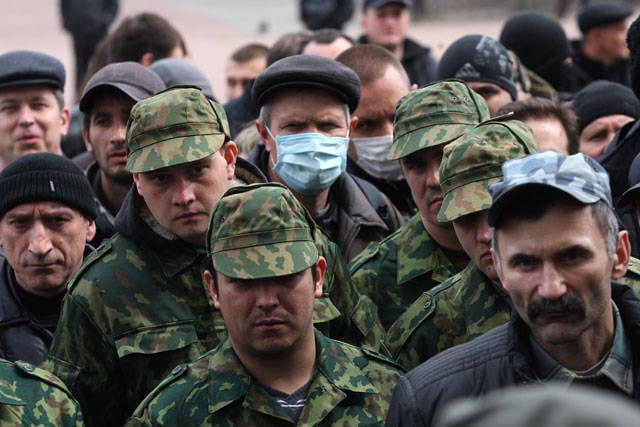 In Lugansk, protesters intend to storm the building of the regional administration. 16 April the term of the ultimatum to the governor expires. He was demanded to recognize the Kiev authorities as illegitimate and begin preparations for the referendum. But there was no response from the head of the region, reports the Russia 24 channel. On the square in front of the SBU building on Tuesday, April 15, a regular rally was held, a tent city is growing nearby, and people are signing up for the ranks of the national militia.

And on the outskirts of the city, self-defense activists stopped a convoy of armored vehicles from six armored personnel carriers and six howitzers and began to convince the Ukrainian military not to fight against their fellow citizens. In recognition of the latter, they just moved from the border to the place of deployment. Nevertheless, the Lugansk Defense Forces increased the security of the roadblock in this direction, and local residents began to build barriers there from automobile tires.