On Tuesday, the Ukrainian armed forces launched a military operation against supporters of federalization in Kramatorsk and Slavyansk. The column of the Ukrainian army is also on the outskirts of Lugansk. Data on the dead and wounded remain controversial. 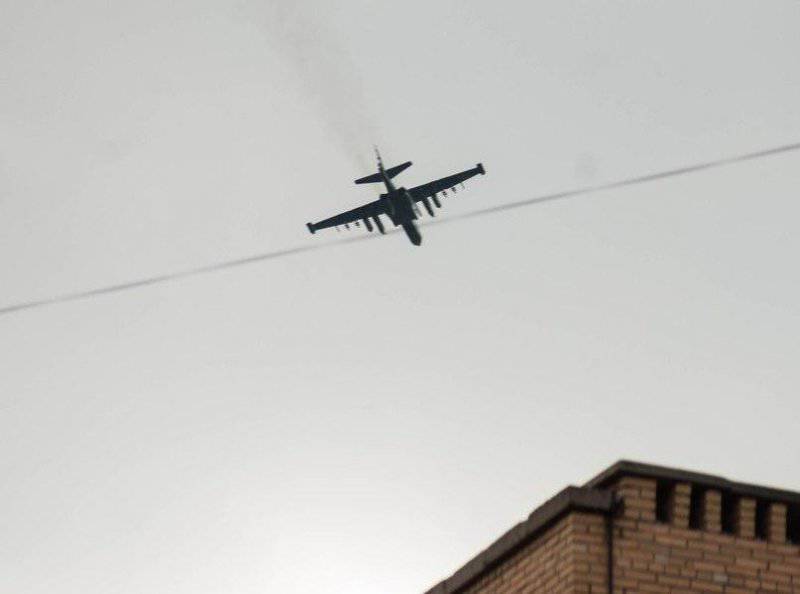 On Tuesday morning, the parliament-appointed acting head. President of Ukraine Alexander Turchinov announced the start of a large-scale special operation involving the armed forces in connection with the events in the east of the country.

“This morning, in the north of the Donetsk region, the anti-terrorist operation began, it will be carried out in stages, responsibly and carefully,” said Oleksandr Turchynov, stressing that the purpose of the special operation is “protecting people”. It is reported that the first battalion of the National Guard departed to the east of Ukraine. This was stated by Secretary of the National Security and Defense Council Andrei Paruby.

Today, the Ukrainian armed forces conducted an operation in Kramatorsk using helicopters and aviation. According to the militia, army representatives in an APC drove up to the airport and entered into negotiations with the militia.

“Representatives of the Ukrainian army on an armored personnel carrier approached a military airfield between Kramatorsk and Slavyansk. They entered into negotiations with the militias, who controlled the airfield. Suddenly, shooting began. Among the militia there are wounded, perhaps killed. The rest of the militia blocked the entrances to Kramatorsk and are ready to repel the attack, ”a representative of the supporters of federalization of Ukraine told reporters.

Data on the dead and injured are extremely contradictory. According to preliminary data, three people suffered, two ambulances were injured with gunshot wounds. Earlier it was reported that, according to various sources, from the assault on the airfield killed from four to 11 representatives of self-defense.

In the evening, a large crowd of civilians from Kramatorsk and Slavyansk approached the airfield. They staged a rally on the airfield. In order to force the protesters to leave the airfield, the military opened warning fire into the air. Currently, several hundred local residents are at the entrance to the airfield and are beginning to build barricades.

Although the airport of Kramatorsk and came under the control of the Ukrainian military, however, the village itself is still controlled by the fighters of self-defense forces. They promise not to let anyone into the city, even if they have to fight with armored vehicles.

A resident of Kramatorsk Roman Sokolenko told RT over the phone that it is now impossible to leave the city. “They don’t let out transport, they are stepping on the city Tanks. There was shooting at the airport, ”he said.

“I came today to help transport the wounded man to Donetsk so that he could be helped there, but I don’t know if the ambulance will be able to leave. Now the city is blocked, people are strengthening the barricades, preparing to repel attacks. In the city itself is quiet. All in anticipation of the assault, "- said Sokolenko.

The situation in Slavyansk

During the day, conflicting information was received on the situation in Slavyansk. According to Sergey Tsyplakov, a representative of the Donbas People’s Militia, Ukrainian troops enter the city located near Kramatorsk. “Now there is a serious assault on the city of Slavyansk, armored personnel carriers enter the city, and a lot of troops. The guys are preparing for defense, ”the activist said. about 19: 00 MSK.

Information about the beginning of the fighting in the city has been reported. According to the latest data, in Slavyansk supporters of the federalization of Ukraine are preparing for a possible offensive under the control of Kiev military. About this 23: 00 MSK said the acting head of Slavyansk Vyacheslav Ponomarev. According to him, armored vehicles are concentrated on the approaches to the city.

The situation in Lugansk

Similar information comes from Lugansk. As Interfax reports with reference to the deputy of the local regional council, in a suburb called Happiness, “a column of six armored personnel carriers and six howitzers, which were heading towards Luhansk, was stopped.”

According to the agency, local residents held negotiations with the military, trying to convince them not to fight with their fellow citizens. The military informed residents that they were moving to the area of ​​permanent deployment, which is located outside the Luhansk region. The servicemen assured the residents that they intend to leave the suburb of Lugansk in the morning. Supporters of self-defense strengthened the roadblocks in the suburbs, where a column of Ukrainian military was found.