Is the war of the elites starting?

April 16 2014
48
The war of elites, unlike the previous period, can take on the most acute forms, said Konstantin Sivkov, president of the Academy of Geopolitical Problems, said 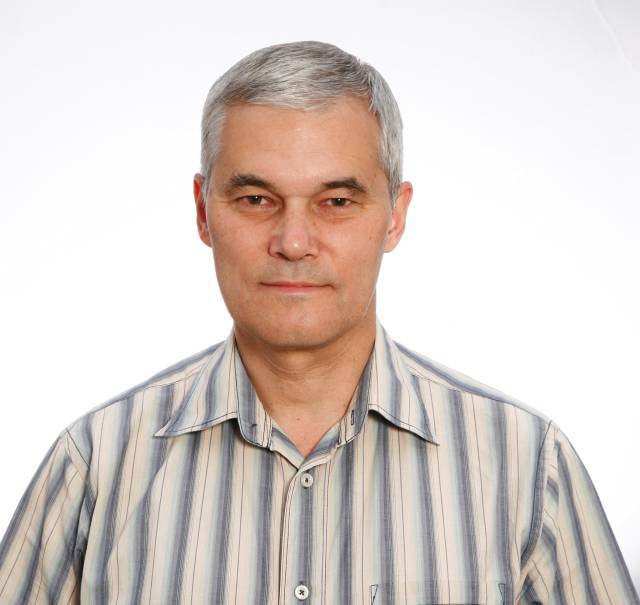 A group of deputies of the State Duma of Russia has come up with an initiative to appeal to the Prosecutor General of Russia with a proposal to conduct a prosecutor's check on events related to the collapse of the USSR. It is proposed to pay special attention to the role of MS Gorbachev. and the illegal authority created by it - the State Council of the USSR. It is assumed that as a result of this test a criminal case may be initiated against the former President of the USSR. It is especially symptomatic that among the initiators of this appeal were representatives of all factions of the State Duma, with the exception of “Fair Russia”, and one of the main initiators was a deputy from the “United Russia” E.Fyodorov. Why did they suddenly decide to turn to so old times? Why are representatives of United Russia taking an active part in this matter? You involuntarily start asking yourself these and other questions when such a topic suddenly rises in the State Duma under conditions that are very difficult for the country due to the deterioration of Russia's relations with the West. Many believe that this is an attempt by individual deputies to "push off". Others put forward even more mundane hypotheses.

However, if you look back, everything is far from being so random.

Even the President of Russia, Vladimir Putin, in his speech on the occasion of the return to Crimea of ​​Russia, noted that the West threatens us with a revolution, the main instrument of which may be the notorious “fifth column” in Russian society.

The performance (quite unexpected for the audience and, judging by the behavior, for the presenter) by one of the most prominent figures of our cinema art and, at the same time, very close to the power of a man, film director Nikita Mikhalkov, was very indicative. Speaking in the program of V. Solovyov, he expressed a number of very accurate and timely thoughts. So he pointed out that Russia's progress along the path of re-industrialization is impossible without getting rid of the burden of the past, primarily the legacy of the destructive 90's. To do this, it is finally necessary to call things by their own names, in particular, the destruction of the USSR to be recognized as a crime against all peoples inhabiting it. Privatization of industry with its subsequent destruction and strategic resources should also be recognized as an act of extreme injustice. As a source of a serious threat to the national security and integrity of the country, he noted a monstrous income gap between the elite and the majority of the Russian population. Answering the moderator’s question about whether these actions are not a mistake, he quoted one of the well-known Soviet leaders: “Every mistake has its first name, surname and patronymic name”.

That is, this step was preceded by quite specific information training, which means that it is only one of the probably prepared set of events. Some key positions of this complex at the level of objectives were outlined in N. M. Mikhalkov’s striking speech, probably to guide allies and thinking people.

The liberal public was immediately alarmed. There was talk in the media that it was not worthwhile to stir up the past, why bother the old and sick person, who already does not influence politics, why exacerbate the situation in the country, etc. However, the most perspicacious began to frighten those who, along with Gorbachev, could inevitably attract others. But even this probably did not concern our guardians for "democracy" and "freedom." It became obvious to them that this was only the beginning of large-scale transformations in the country.

In his speech, V.Putin set the task of defeating (or neutralizing, as you like) the “fifth column”, N. Mikhalkov revealed some particular tasks, the solution of which would achieve this. And the initiation of proceedings on the fact of the unlawful destruction of the USSR is the first step towards the realization of a large scenario. After all, in order to justify the practical steps to eliminate agents of influence from the authorities, an appropriate regulatory framework is necessary. Without its creation it is impossible to knock out a material basis from under the “fifth column” by means of large-scale nationalization of strategic resources. For this it is necessary to recognize the illegality of the privatization of 90-x. And this, in turn, can be done only after the recognition of the Yeltsin coup d'etat of 93 as criminal.

Without recognition on the basis of a full-fledged procuratorial investigation of the fact of the destruction of the USSR as a grave crime against all the peoples inhabiting it, it is impossible to renounce the ideological legacy of the 90s.

The current Russian authorities are not objectively responsible for the crimes of 90-x. However, for a new breakthrough in Russia, it must free itself from this burden in the moral, political and legal sense, to break with the past.

Naturally, we should expect response. "Fifth Column" is very strong and influential. The most effective direction for it may be the destabilization of the socio-political situation in the country, the aggravation of the economic situation. The first signs of the beginning of active actions in this direction are already visible. So, in some media, materials began to slip about the impending transition to a new method of calculating the cost of energy resources, which could increase the monthly expenses of an ordinary family for electricity by 600-800 rubles. Suddenly, the forecast of Russia's development was sharply lowered from 2,6% per year to less than 1% or even zero. All these steps directly lead to a deterioration in the standard of living of the population or to justify steps in this direction. And then (remember the end of 80-x, when deficiencies on necessaries were artificially created) mass discontent with power and social instability.

Thus, the two groups of the political elite of Russia began preparations for attacking each other, which, judging by the nature of the first events, will be very powerful and decisive. True, as it happened before, due to the close interconnectedness of both groups, developmental conflict may not be obtained. However, taking into account the sharpness of the confrontation of the Russian and Western elites against the background of the Ukrainian crisis, as well as the reduction of the “field” for compromises in these conditions, the war of elite groups, unlike the previous period, will likely take very sharp forms.

So, in this initiative of the State Duma deputies, the flashes of the new Russian revolution are already visible — either “from above” with the elimination of the “fifth column”, abandoning the crimes of the past and nationalization of strategic resources, or “from below” when liberals-Westerners release the genie of mass protest against the street.

Ctrl Enter
Noticed oshЫbku Highlight text and press. Ctrl + Enter
We are
Military reform as an integral part of the security concept of the Russian Federation: Systematic dynamic assessmentOn the other side of the “red” and “white”. Izborsk Club Report
Military Reviewin Yandex News
Military Reviewin Google News
48 comments
Information
Dear reader, to leave comments on the publication, you must sign in.