MBDA Missile Systems will complete the development of FASGW-ANL RPC

April 16 2014
6
In 2016, the UK plans to withdraw from service the anti-ship missile (RCC) Sea Skua. France also intends to renew its arsenals of maritime aviationabandoning the aging Exocet missiles. Both of these states wish to receive promising anti-ship missiles suitable for launch from helicopters. At the end of March, a contract was signed to complete the development and manufacture of promising anti-ship missiles FASGW-ANL. In accordance with this document, the development company MBDA Missile Systems for all the necessary work will receive 500 million pounds (about 600 million euros or 830 million US dollars). 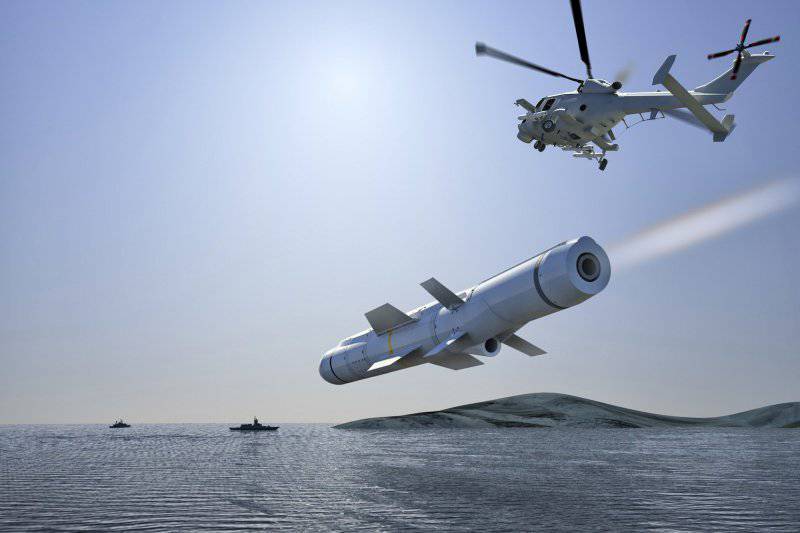 Work on the creation of a promising anti-ship missile for helicopters FASGW-ANL (also found the designation FASGW (H) / ANL) started in 2009 year. The British designation of the project FASGW or FASGW (H) stands for Future Anti-Surface Guided Weapon (Heavy) - "Perspective guided air-to-surface missile, heavy." France calls the development differently: ANL (Anti Navire Leger - "Anti-ship missile, light"). The development of a new ammunition for naval aviation began in 2009. Since then, MBDA Missile Systems has carried out all the necessary preliminary work to create a new RCC that meets the requirements of the two countries.

The contract signed at the end of March implies the completion of design works, the carrying out of a so-called. demonstration phase of the project and the subsequent production of finished ammunition. Thus, having received 500 million pounds, MBDA Missile Systems specialists should complete the development of the FASGW-ANL RCC and test it, and then launch the mass production of a new product. Apparently, the volumes of the first production batches have already been determined, but the exact number of ordered rockets has not yet been named.

Helicopters of AgustaWestland AW159 Wildcat (Great Britain), as well as NHIndustries NH90 and Airbus Helicopters AS565 Panther (France) should become carriers of a promising anti-ship missile. The use of FASGW-ANL anti-ship missiles is expected to allow the naval forces of Great Britain and France to increase the capabilities of attack helicopters to combat enemy surface ships. The requirements for the new anti-ship missile system indicated the need to create a relatively light ammunition with a relatively heavy warhead suitable for the destruction of boats and ships with a displacement from 50 to 500 tons. 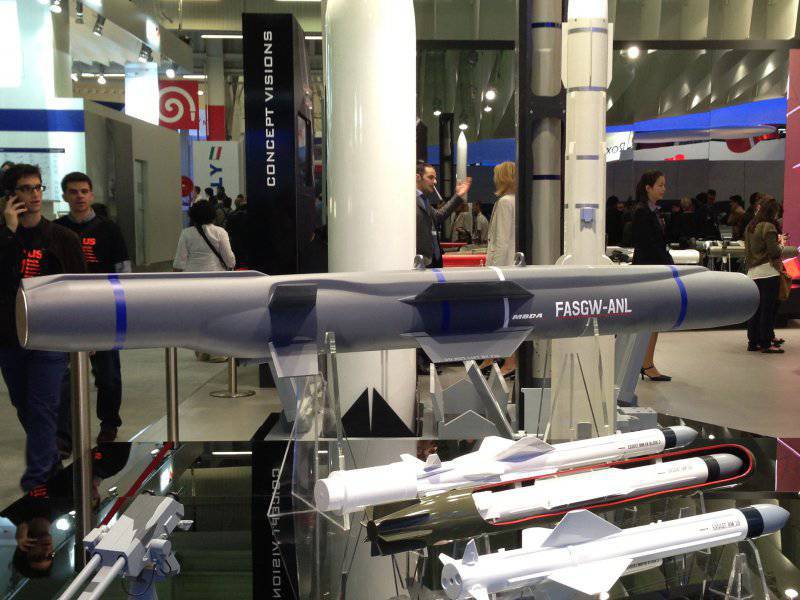 The FASGW-ANL rocket has a length of about 2,5 meters and a case diameter of 200 mm. For stabilization in flight and control on the cylindrical body of the rocket there are four X-shaped wings and four rudders. The starting weight of the product does not exceed 110 kilograms, the weight of the warhead is 30 kg. The rocket is equipped with a solid-propellant engine, allowing it to fly to the target at a high subsonic speed. The exact firing range is unknown, but there is information according to which the characteristics of the FASGW-ANL rocket will allow attacking the enemy ship without entering the zone of its anti-aircraft systems. According to various estimates, the range of the FASGW-ANL rocket can range from 25 to 75 kilometers.

RCC FASGW-ANL is proposed to equip the infrared homing head. Through the use of such a target search system, the rocket can be used according to the “shot-and-forget” method. To increase the effectiveness of the attack and for greater flexibility of use, the rocket is equipped with a two-way data line and communication with the operator’s console. If necessary, the operator after the launch can adjust the trajectory of the missile. The presence of the operator in the control circuit can significantly improve the effectiveness of shooting. In particular, the operator can direct the 110-kilogram rocket on an important node of the ship and thereby significantly increase the effect of the 30-kg warhead.

According to some reports, French naval aviation should receive an anti-ship missile with a combined guidance system. At the initial stage of flight, ANL-type munitions should use an inertial navigation system, and an infra-red homing head should be included only in the intended area where the target is located. Like the FASGW for the British Navy, the French ANL must use two-way communication with the control panel, giving the missile the corresponding benefits. 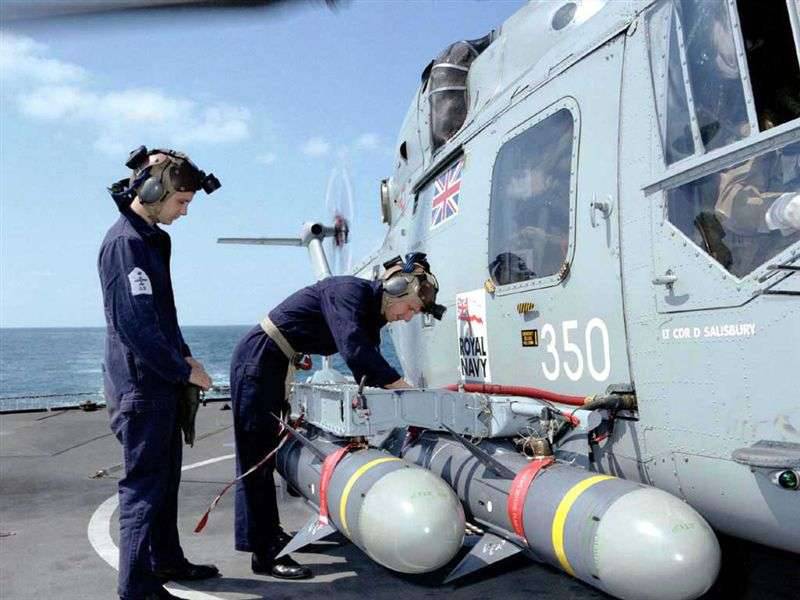 As follows from the published data, the anti-ship missile FASGW-ANL is of great interest to the British and French naval forces. However, it should be noted that the creation of this weapons due to some noticeable difficulties. Existing problems primarily affected the pace of work. Initially it was assumed that the first batches of FASGW missiles would go to the troops in 2012-14. At the end of March, 2014 signed a contract for the completion of design work, which means that over the next few months, MBDA Missile Systems will not have time to fulfill all its obligations and transfer the serial RCCs to the customer. Thus, the operation of the FASGW RCC even with a favorable course of work will begin no earlier than 2015 of the year.

France from the very beginning did not set tight deadlines: the operation of ANL missiles was planned to begin by 2020. Given the current pace of work, the French Navy will be able to get new ammunition not just in time, but also significantly ahead of plan. This will allow the French Navy aviation to master new weapons in a calm environment, without needing urgent re-equipment due to the obsolescence of existing missiles.

The export prospects of the FASGW-ANL rocket are not yet completely clear. This weapon is created in accordance with the requirements of the British and French military. It is still unknown how these requirements meet the wishes and needs of third countries. At the same time, it should be noted that the declared characteristics and capabilities of the advanced RCC may be of interest to potential buyers from third countries. Nevertheless, the main customers of the new rocket are precisely the United Kingdom and France.

The FASGW-ANL project is one of the joint Anglo-French weapons projects conducted as part of the One Complex Weapons program. The purpose of this program is to create new rocket systems jointly by the UK, France and MBDA Missile Systems. Other projects in this program include the MBDA Aster / Sea Viper anti-aircraft missile, the MBDA Storm Shadow / SCALP anti-aircraft cruise missile, and the MBDA Meteor long-range air-to-air missile. In the future, such cooperation should continue.