More than 9000 former Ukrainian military recruited into the Russian army 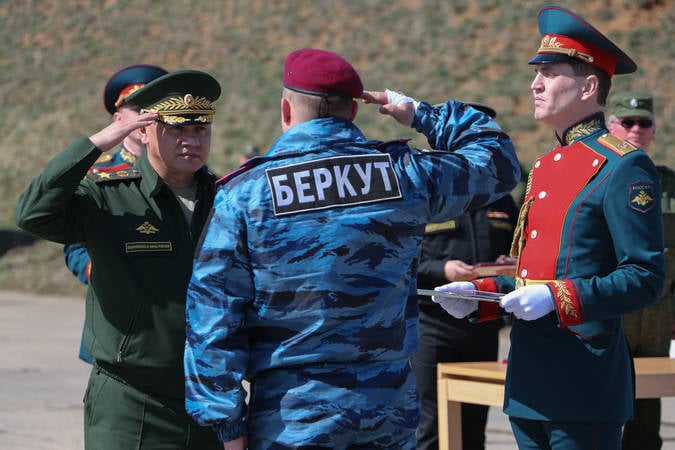 To date, 9268 former Ukrainian military personnel, as a matter of priority, obtained the citizenship of the Russian Federation and were accepted for military service under the contract in the Armed Forces of the Russian Federation and appointed to military positions, including: officers - 2768 people, ensigns (midshipmen) - 1302 people. , soldiers (sailors), sergeants (foremen) - 5007 people; cadets - 191 people.

The first training camp is held from April 14 on the basis of the P.Nakhimov Black Sea Higher Naval School. During the gathering, lectures and practical exercises were planned with military personnel on the main areas of daily life for the troops (forces) deployed in the Crimea, on the organization of their management and comprehensive support.

From 13 in May 2014, the training of officers in higher education institutions of the Ministry of Defense of Russia in the advanced training system in continuing professional education programs will begin.

Training is planned throughout the year in the relevant specialties.

More than 7000 former employees of the Ukrainian Armed Forces were hired and appointed to civilian positions in the Russian Army.
According to the materials of the group of interaction with the media UPSI MO RF