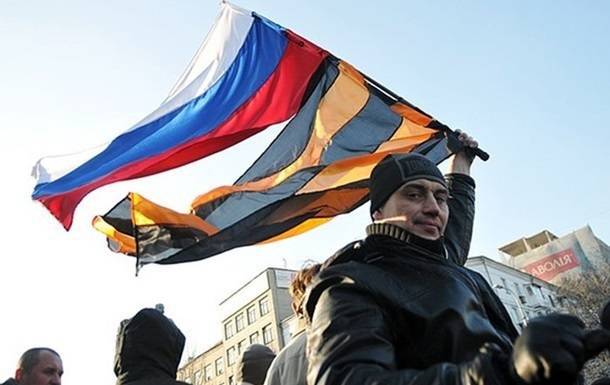 Impressed by the article on “Politobzor”: “The Russians are leaving the country of the“ victorious European values ​​”(http://politobzor.net/show-17538-russkie-pokidayut-stranu-pobedivshih-evropeyskih-cennostey.html) and in connection with the events in Ukraine.

I will briefly tell about myself - only from the desire to revive my first article on Topvare, so to speak, to show one of many life situations and a possible comprehensive solution for thousands of Russians from the former Soviet republics on a living example.

My name is Dmitry, Russian, me 38. I live in western Ukraine, I was born here - in the still united and friendly USSR.

I had a desire to leave Ukraine for Russia several times. The first time I wanted to “knock down” back in the 2004 year, after the so-called “orange revolution”. I think, not only to me, but to many Russians, it became clear then that, no matter how much the events in Ukraine would develop in the future, the Muscovites would blame everything bad. For the revival of the Ukrainian nation, ideologists needed an enemy guilty of all past and future troubles. And he was found - Russian. It is now clear to me by whom and why the hostility of Ukrainians towards us was kindled and ignited, and then all the juggling, manipulation and open lies caused only deep bewilderment. There were no other means of information, except for the central channels and newspapers. A powerful communicator, a source of different opinions - the Internet - was still in its infancy.

With taking control of the media, the work of “Western partners” through Yushchenko and his team was not in vain. "Grains" have arisen in the fertile soil. Now, a new generation of peers of independence massively supports the slogan "hto not jump, that moskal." Hatred of Russians is growing, but well-being on the Western model does not come. And now, after the departure of the Crimea, the Russian is generally an occupier and an enemy of the state. This is a Ukrainian political axiom.

Industry, merchant fleet, and so on - everything that Ukrainians “fed” the entire Soviet Union during the 20 years of independence, was plundered or “grabbed” by the current fighters against “separatism”. "Hetman's Hoard Polubobka" English banks did not give up. (Who does not know this tale: with independence, according to the testament of one of the hetmans, a deposit - a barrel of gold with fabulous interest - was supposed to provide titular carriers with paradise life. were conducted "and shouted for independence from the USSR, already" wondering "how many percent have grown over the centuries. Years passed, and they still believe in the" tales "of the West. In general, the grandmother is waiting for a goldfish at the broken trough ...)

Then I was not decisive enough, I regret about it now. There was no family yet, I could have jerked, my mother would have taken me to her later. True, the situation was: there are no relatives in Russia, an attempt by a mother born on the territory of the Russian Federation to obtain Russian citizenship then did not lead to success. The answer from the consulate was simple: citizenship is given only after 5-year residence in the territory of the Russian Federation. I had no chances to get citizenship, respectively. Circumstances, hope for the wisdom of the Ukrainian people, that everything “settles”, also played a role. And if you remember that then Russia and we, Russians from the near abroad, were not needed (our own crisis, collapse, unemployment), then there is nothing to say ... Then imagine the mass exodus of Russians from Ukraine to Russia - a disaster for Russia itself.

Now the policy of the Russian Federation towards Russians in the near abroad has changed significantly. Finally, there were messages that they were waiting for us at home! But consider everything, but historical experience to use!

I need it. Now there is a situation when many Russians in Ukraine (and these are highly qualified specialists - scientists, engineers, workers, managers, and simply charged to create people in their native country) have a great desire to return home - to Russia. By myself I’ll say, I’m ready even today, just offer a high-paying job so that the family can support it. And most importantly - the prospect. Then I don’t need lifting or flat (at least in the car at first to live), in time I will earn. In general, we need a project of the BAM level! The Russian Federation is turning to the East - a fateful turn not only for its citizens, it can also be such for hundreds of thousands of Russians from Ukraine, the Baltics, and Central Asia. There may be several constructions of the century - the ideas of arrangement of the Far East and Siberia probably already have a lot in the form of finished projects. It is only necessary to choose a goal, create a governing “core”, prepare funding and give a call. Russian from the former USSR, I am sure, and the citizens of the Russian Federation themselves from different parts of the world will go. Simplify the bureaucracy to a minimum - an interview in Russian on the spot - and set tasks for the newcomers. Citizenship is already necessary to make out. Among us there will be managers, engineers and workers of any specialties. We will be able to give a worthy response to China on its peaceful development of the Far East.

Only people who remember the examples of restoring the country after the Second World War, raising the virgin soil, building BAM, are energetic, sociable, different in nationality, but Russians in spirit can be a powerful impetus for the construction of new economically prosperous regions of the Russian Federation.

And if they decided to call the Russians home, that’s the name for specific projects, and not for confusing programs. Where there will be work and perspective, there will be life!

PS Having lived for almost 40 for years, having two higher educations, I increasingly take the view that everything ingenious is simple. Once there was a Komsomol permit, and that's it! According to her, and my father got to the BAM. So it is necessary today to turn to the East, at least bureaucracy, and everything should be simpler, more clearly ...

Ctrl Enter
Noticed oshЫbku Highlight text and press. Ctrl + Enter
We are
About Stalin and KhrushchevWhat you didn't want to know about England
Military Reviewin Yandex News
Military Reviewin Google News
117 comments
Information
Dear reader, to leave comments on the publication, you must sign in.