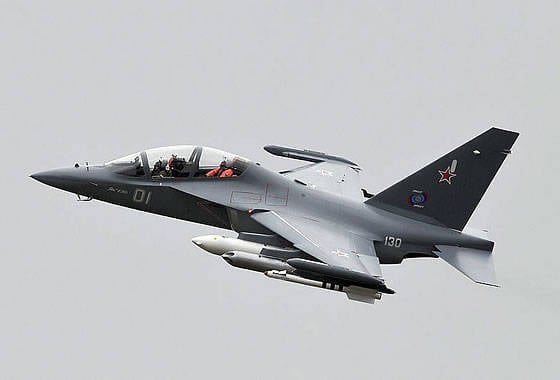 The Minister of Defense of Uruguay, Eleuterio Fernandez Widobro, held talks with the Russian delegation, during which they discussed various financing options for the purchase of combat-capable Yak-130 aircraft.


According to Infodifensa, in addition to confirming the interest of the Uruguayan Air Force in purchasing the Yak-130, the meeting analyzed various technical capabilities of the aircraft. The parties agreed to continue to evaluate various possible options for acquiring aircraft.

Currently, the Uruguayan Air Force has only A-37B Dragonfly and IA-58 Pucara attack aircraft, which are not capable of intercepting enemy aircraft.

Previously, among the main options considered was the purchase of Russian Yak-130 or Chinese L-15, but recently an interest in purchasing F-5 was again shown.

In addition, an assessment was made of the possibility of buying a UCS Tukano or Super Tukano.

Ctrl Enter
Noticed oshЫbku Highlight text and press. Ctrl + Enter
We are
X-37B secret cosmic drones have found a home in the Kennedy Space CenterThe unmanned American X-37B vehicle has been in orbit for more than 600 days.
Military Reviewin Yandex News
Military Reviewin Google News
7 comments
Information
Dear reader, to leave comments on the publication, you must sign in.