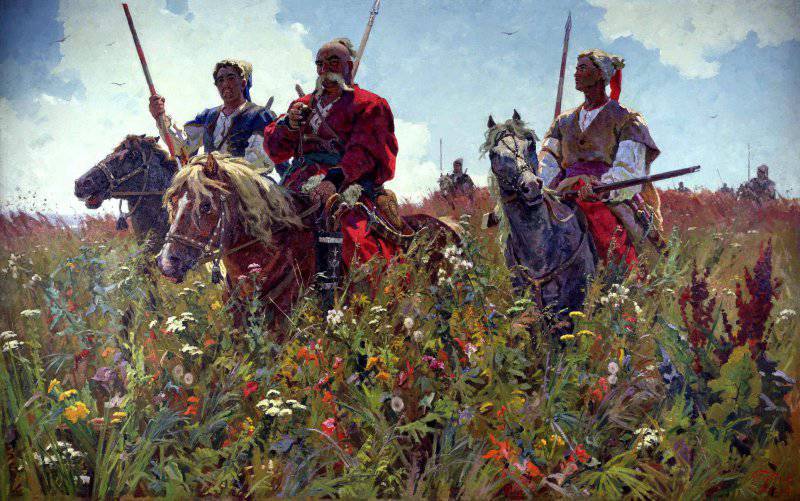 I call death, look not able to bole,
How a decent husband perishes in poverty
And the villain lives in beauty and hall;
How does the confidence of the pure souls hang around?
How chastity threatens shame
How honors are given to scoundrels
As the power of niknet before arrogant gaze,
As everywhere in life triumphant rogue;
As the art of arbitrariness mocks,
As mindlessness rules the mind,
As in the clutches of evil painfully languishing
All that we call Good ...
William Shakespeare, Sonnet 66. Translation by O. Rumer

This essay was written by me 17 May 2011 of the year. Today’s Ukrainian events again and again bring me back to the main topic of this essay: “Who are we?”

I saw videos of TV about how Ukraine treats veterans of the Great Patriotic War. I saw again the shaved heads of the younger generation, which were hardly restrained by the troops of the Ministry of Internal Affairs. This is not the first report on a similar topic. I saw videotapes of TV, I saw how veterans in all parts of the country were severely beaten or simply killed only in order to take possession of the military reward obtained by those who looked at death in the face, without the courage and heroism of which other scum would never be born .

I have already written more than once that an adequate response is absolutely necessary for any influence. A decade on the scale of the universe and eternity - a moment. You should not rely on the fact that today did not bring justice, that a scoundrel, a scum, a murderer is not punished. Punishment is coming, coming is sure and inevitable, everyone will be rewarded according to his deeds.

With pain and great regret, I see the same picture that has been going on for several millennia: we — brothers by blood, the Slavic-Aryan peoples — are confronted in any conflicts, trying to eradicate our, the oldest race on Earth. Let the Ukrainians, Belarusians, Germans, Russians do not think that they are somehow better than each other. The blood of the most ancient genera flows in their veins; they are actually blood brothers. Only there are always people willing to sell everything, betray everyone and kill their brothers. And those who remain in the shadow of the directors of violence, debauchery, terror, wars, murders that bring evil to the world, only rub their hands. What we are foolish and weak! Are we worthy of being called a man if we are ready for such actions?

Recently, on the holiday of the victory over fascism, I wrote: "So many losses, so many broken lives, destinies, so much blood have been shed that never mourn all the losses, all the grief, all the suffering that befell Slavic-Aryan clans. Nationalism was soil, and fascism - a tool to bring together the brothers in blood in the war: the Slavic-Aryan peoples. Recall, at least the so-called Kulikovo battle. was in place of Moscow Kulisek. That, citizens war of war (yes, yes, not with the Tatars, as the distorted one tells us история), which claimed tens of thousands of Russian lives, cleared the way for the Romanov dynasty, which methodically destroyed all information about our true history, is also an accident? Not! There is, obviously, that there are forces that hate the Slavic-Aryan peoples who want to destroy the most ancient races by any means, by any means. Drugs, tobacco, vodka, mixed marriages - a small fraction of modern means of destroying our fundamental principle - the gene pool, depriving us of the future. Nobody speaks about the rights of Russians, indigenous people of Russia, even from a high tribune. They speak about the rights of so-called “minorities”, but not about Russians, that’s for sure. And the fact that we persevered, that our, Russian, freedom-loving people cannot be broken and made slaves, has been confirmed and confirmed throughout the history of mankind. I was sick of watching the parade broadcast from Red Square, where the president was lying on the armchair, lounging in a chair, was sitting, and a smile was painted on his face, as if he were watching a funny act in the theater, causing him to euphoria. At all times, the parade was taken standing, paying tribute to the courage, heroism, inflexible spirit of the Russian people. And now they are ready to bring a jacuzzi to Red Square together with the president, so long as he is comfortable and nothing distracts him from everyday pastime. I didn’t like the speech of the president, in which an equal sign between nationalism and fascism was openly put. It would be better if he just silently entered the podium and spread around his chair. "

Who are we, if bloodshed, fratricide are elevated to the rank of norms, if the media enthusiastically implant Western values, the cult of violence, wealth and power? Who are we, if those in power do not serve the people, but consider the people and use them as slaves? Who are we, if we are afraid to say what we think, and if by our inertness we bring to power those who only profit from the troubles of the people? Who are we - the people of planet Earth?