The future of the Russian defense industry 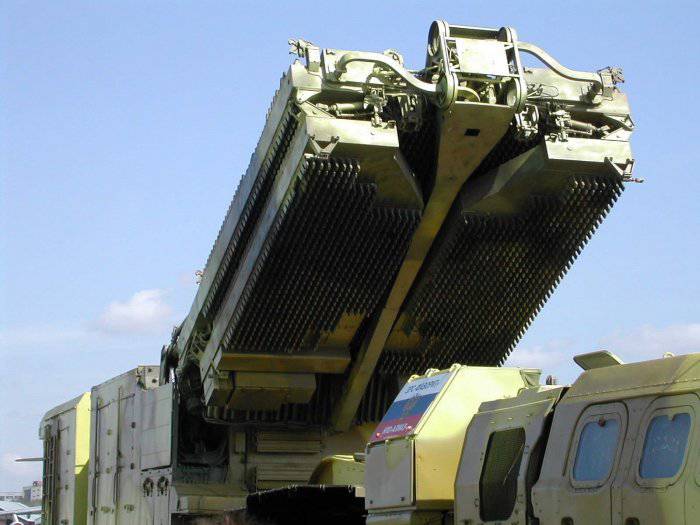 Mindful of the failures and problems associated with the implementation of the state armament program adopted for the period from 2006 to 2015, the Russian government intends to invest significant funds not only in the purchase of modern military equipment, but above all in the modernization of the country's military-industrial complex. The main directions of modernization will be: the renewal of the existing production base, rejuvenation of personnel, financing of promising design and research works. More than three trillion rubles will be allocated from the state budget for all planned activities.

As part of the state armaments program for the period from 2006 to 2015, it was planned to allocate five trillion rubles for the defense industry, but the investment of the bulk of the funds provided was for some reason planned for the second five-year period. As a result, the program failed, and the government, after only five years from the start of its operation, was forced to accept a new one.

The fact that the government decided to modernize the military-industrial complex, which was noticeably damaged during the crisis 1990-s, became known from the report to the State Duma on the activities of the government for the period 2010 of the year, presented by Vladimir Putin. In his report, the prime minister indicated that in order to carry out modernization, it is necessary to adopt an effective federal targeted program, for which the government is ready to allocate more than three trillion rubles. This money should be spent on promising design and research and development.

In general, from the speech of Vladimir Putin, it became clear to the audience that in previous years a lot of work was carried out, and there will be more. So, in comparison with the pre-crisis 2007 year, the total volume of production of military-only products increased almost one and a half times. Considering the adoption of a new state armament program for 2011-2020 years, a significant increase in production can be expected, which, however, is not surprising given the planned budget funding from the Ministry of Defense for 19 trillion rubles.

It should also be noted that the federal program of modernization of the national defense-industrial complex, as well as the state armaments program, remain mysterious and, moreover, secret documents. Their exact parameters are unknown - officials and the military previously told about them only in the most general words, for example, we will buy so many ships and airplanes, ballistic missiles and anti-aircraft missile systems, but no one told what price and at what price .

The program in question was submitted in the autumn of 2010 by the Russian Ministry of Defense for consideration by the government, but in early December the program was returned for revision. In the commentary on the program, Vladimir Putin pointed out to Anatoly Serdyukov about the need to make changes as soon as possible. First of all, this was due to the fact that the government was in a hurry to submit the program for signature to the president before the end of the year. But, despite all the requirements, it is obvious that Serdyukov’s ministry failed to meet the deadline, as the document was sent to President Dmitry Medvedev only for 18 of January 2011 of the year for signature. The President approved the program and, accordingly, gave the go-ahead to finance long-term military contracts, but within the time frame and taking into account the forecast volumes set forth in the draft state financing program.

But at the same time, at the large performance of Vladimir Popovkin, First Deputy Minister of Defense of Russia, held on 24 in February of 2011, many were surprised by the message that the program was signed by President Medvedev still 31 of December of 2010 and is already in operation. Obviously, a similar situation has developed around the widely publicized federal target program aimed at modernizing the military-industrial complex. Sergey Ivanov, the Deputy Prime Minister of Russia, told about the federal program in February 2011, however, during the introductory report he did not disclose its scope. Ivanov then said that the program should be adopted by the government in the coming months. Vladimir Putin, while speaking at the State Duma, was so convincing that it seemed that the program was not only accepted, but was operating.

According to the program, the modernization of the domestic defense industry will be carried out in three main areas. First, the renewal of production; secondly, investment in research and development; thirdly, the rejuvenation of personnel. For the most part, the Russian prime minister did not extend the topic of this third direction, but only indicated that the staff of the military-industrial complex had already begun to "gradually rejuvenate." In particular, Vladimir Putin said: “The youth went to the defense industry. We were able to reverse the trend of “aging” personnel. Recently, there has been a decrease in the average age of people employed in defense enterprises, research and design centers. " 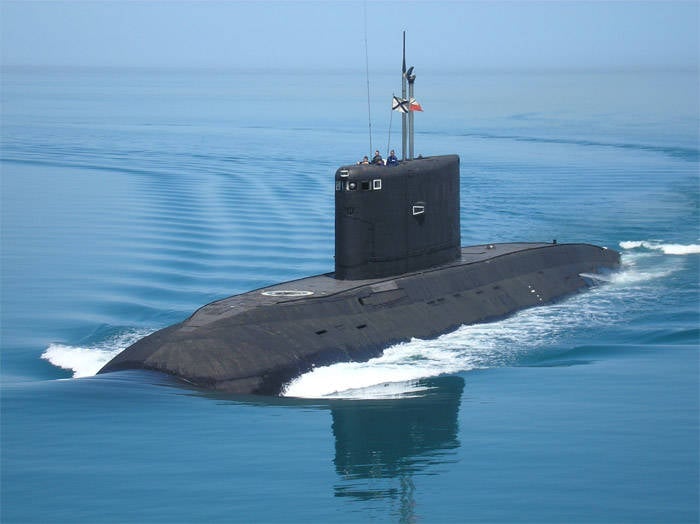 First of all, the need to rejuvenate the staff of the Russian defense industry complex is associated with the inability to create something completely new, not based on design developments conducted in the USSR. Many employees of design and research centers reject all innovations and sometimes become an impassable barrier to innovation, often due to their outdated view of the situation. For example, one of the general designers of the TsBB Rubin, which designs strategic submarines, is Igor Baranov, who this year will celebrate the 79 jubilee. And there are many such examples, there is only official statistics. Obviously, for the rejuvenation of personnel, which Putin plans, the country will need to work in an enhanced mode. After all, this task is essentially complex, which includes, for example, the organization of professional training not only for engineers, but also for electricians, mechanics, turners, and workers of other specialties involved. The level of wages in this industry should also be high in order to attract ambitious youth to defense industry enterprises.

But the prime minister spoke in some detail about the modernization of the defense industrial complex and the amount of funding for R & D. In particular, over the next ten years, more than 200 billion rubles are planned to be spent on research and development. In October 2010 of the year information was published that the Ministry of Defense intends to spend 115 RUR billions in research and development, in 2012-m this amount will be 131 billion, and in 2013-m it will increase to 186 billion rubles. It is obvious that the amount promised by the government under the Federal Target Program cannot be called insignificant, given that a period of ten years is indicated for its spending.

In general, the full amount of financing the modernization of the Russian defense industry will amount to more than three trillion rubles. Details about the sources of money Putin did not disclose. At the same time, at the end of March 2011, Sergey Ivanov said that the allocation of the planned funds was finally agreed: 60% of the planned amount would be allocated from the state budget, and the remaining 40% from the funds of the defense companies themselves. The priority is the space rocket. According to Vladimir Putin, with 2013, the production of modern missile systems in Russia should double.

After the speech of Prime Minister Putin in the State Duma, many deputies had a completely logical question: can the presented federal target program really achieve all the goals it contains? Speaking about how you can really raise the defense industry, the prime minister said: "Some innovative technologies and modern designs can obviously be bought abroad, even more so it is necessary. But we must understand that nobody will sell the latest generation technology and modern technology "We ourselves set up for export to the world arms market, not all that we have at our disposal."

After uttering these words, Vladimir Putin explained: "I believe that the funds allocated from the defense budget of the country should not, of course, go abroad. In the overwhelming mass, they must remain and work in Russia, feed domestic science and industry, create modern, technological, high level and quality of jobs. " In other words, money is allocated, specific tasks are set, please perform.

The state armaments program adopted at 2011-2020 years implies the allocation of significant funds for the purchase of modern foreign technology. In particular, funds will be allocated for the purchase from France of two amphibious helicopter-carrying ships of the Mistral type. In addition, in the same France, it is planned to purchase a limited batch of equipment for infantrymen with a loud name - FELIN.

Speaking about the state defense order, the Russian prime minister indicated that the amount of funding is planned to be distributed as follows: the Defense Ministry will pay 80% for the first half of the year, and leave the remaining 20% for the second, it will be a kind of stimulus for work. The reason why it was impossible to act in a similar way with the state armament program adopted at 2011-2020 years, Putin did not announce.

It should be noted that all sorts of delayed terms are generally characteristic of the Russian Ministry of Defense. Very often, defense enterprises encounter a problem when agreements in the framework of the state defense order for the current year are often concluded no earlier than in the second quarter of the year, and they have to work in a reinforced mode in order to have time to execute the signed contracts on time. However, the military does not see any serious shortcomings in the current state of affairs - the negotiation process, as a rule, is complicated by the proposal and cost adjustment, as well as the assembly of equipment, and this leads to the late signing of contracts, and it is obvious that this is not the fault only the Ministry of Defense. 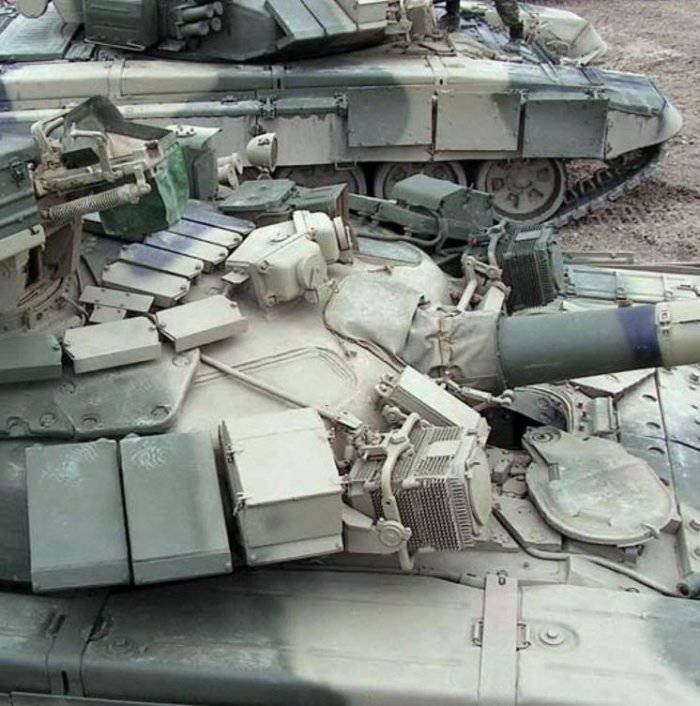 At the same time, the constantly arising disputes regarding the quality and, most importantly, the modernity of the supplied military products have intensified in recent years. Just what is the unpleasant statement of Alexander Postnikov, commander-in-chief of the Ground Forces of Russia, about tanks T-90. According to Putin, the difficulties associated with constant disputes between the Defense Ministry and the defense industry about how much and what exactly to buy, do exist. After Vladimir Putin spoke about the dispute between the Defense Ministry and the defense industry, one of the deputies suggested that the Prime Minister ride a T-90 tank. To which Putin replied with dignity: “You know, I haven’t flown anything, I haven’t ridden - in a submarine, on airplanes. All this I did not for pleasure, but precisely to show that we have an effective, reliable , modern technology good for fighting. And I also drove tanks. "

In general, it turns out that for the real execution of the plan, the government and the Ministry will have to solve a huge number of complex and complex tasks, including brutal control over the timing, distribution of funding and, most importantly, the fight against corruption. Only after solving these tasks will it be possible to look with confidence into the future of the national defense industry.

If you need to rent, buy or sell a home, then you should go to the site rieltor.ua. Here you can easily solve all your problems with real estate. On the site you can rent an apartment in Kiev without intermediariesand also perform many tasks that interest you at the moment.