Clouds are gathering over the European Union, or Unexpected Friends of Russia 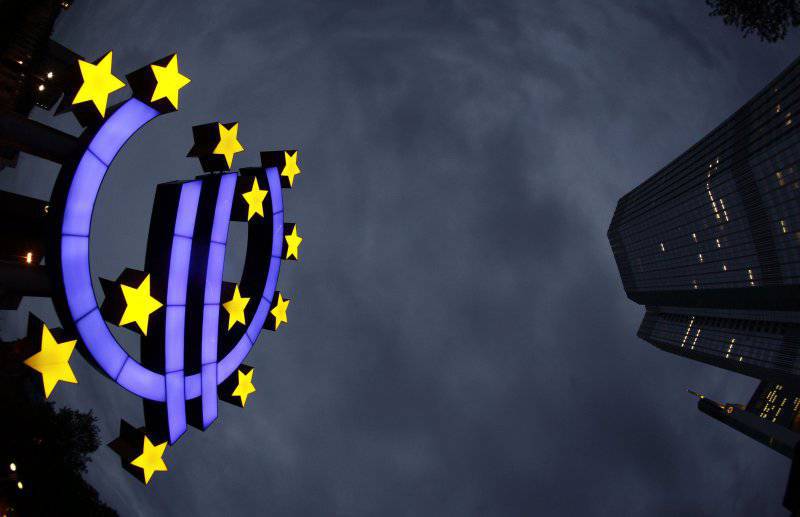 Western Europe has changed a lot since the Cold War. Hot heads, who were eager to fight against capitalism or against communism, were replaced by prudent European bureaucrats. But not everything is so simple: gradually in Europe healthy forces, capable of destroying the rotten mechanism of the European Union, raise their heads. We are talking about right-wing parties defending the interests of their peoples despite the positions taken by European officials.

Down with the bureaucracy

The Washington Post writes: the export of Russian ideology to Europe suggests that Moscow is counting on an alliance with the European right-wing parties in order to strengthen its position in Europe. Moreover, in the May elections to the European Parliament, right-wing parties can increase dramatically, creating a monolithic bloc by vote, opposing further centralization of control in the cold hands of Brussels officials.

Nationally oriented parties are categorically opposed to strengthening the role of supranational associations in the life of European states. First of all, we are talking about the European Union and NATO: the European Union has taken away from the European peoples the right to control their domestic policies, and the North Atlantic alliance - foreign. Many right-wing parties insist on the withdrawal of their countries from these organizations, and such sentiments are characteristic of both rich and poor states: the former do not want to “feed” all of Europe, and the latter believe that they could better deal with their problems if Different "well-wishers" did not interfere in their affairs.

Breaking relations with NATO and the European Union is becoming an increasingly popular idea among voters who are disillusioned by the policies of European socialists, Christian democrats, technocrats and other tolerant-liberal parties who like to experiment with their compatriots. What are only the "economy mode" in Greece or the legalization of same-sex marriage in France!

In addition to the right, the policy of the European Union is criticized by the so-called Euro-skeptics - parties and individual politicians, who believe that for the sake of stable development their countries do not have to obey Brussels. In a broad sense of the word, the right can also be attributed to euro skeptics, although it should be noted that not every euro skeptic shares the views of moderate nationalists. Among the opponents of cosmopolitan Europe there are liberals, democrats, socialists, anarchists, greens, libertarians, and representatives of many other political movements.

The right, having won a convincing victory in the upcoming elections to the European Parliament, is guaranteed to unite with eurosceptics. In one format or another, many of the enemies of the current system will join them in order to destroy it from the inside.

Such a scenario is extremely undesirable for European bureaucrats and their overseas "friends". In turn, Russia can benefit from the current situation: the confrontation in Ukraine will decline as soon as one of the main players stops inflating the situation and tackles its internal problems. European states will not be able to speak with one front against Russia, since each of them will begin to pursue a truly independent policy. The voice of underdeveloped Latvia will no longer be equated with the voice of a strong Germany. Representatives of Poland, Romania and the Baltic countries will no longer be able to dictate their will to the developed Western European community, who wants to deepen cooperation with Russia.

The European right is extremely positive towards Russia. The fact is that their ideal is a stable state focused on national interests, the same as the modern Russian Federation.

Many leaders of European parties not represented in power admire Russia's resolute actions in the Crimea and in Ukraine. Hans-Christian Strache, the head of the Austrian Freedom Party, said that, in his opinion, the referendum in Crimea is an absolutely legitimate expression of the people, and should be recognized by the United States and the European Union. Vladimir Putin, the president of Russia, Hans-Christian considers an interesting politician and the right-minded statesman.

Albert Gardin, the leader of the Venetian government of the Government of Veneto, proposed a strategic partnership for Moscow. The Government of Veneto is in favor of granting independence to the eponymous region of Italy. The Italian party “League of the North”, which insists on the creation of a northern Italian state, is no less active. Its representatives visited the Crimea in mid-March and, moreover, became observers at a local referendum.

The League of Veneto, a division of the League of the North, also has experience in conducting plebiscites. Thus, in the period from 16 to 21 in March under the auspices of the "League" a preliminary referendum was held on the formation of an independent state with its capital in Venice. About 89% of the voted inhabitants of the region supported this idea.

The Hungarian party “Jobbik” also declared its readiness to stand up for the choice of the Crimeans. A rally of its supporters under the slogan "Crimea - Russia, Transcarpathia - Hungary" was held on March 28 near the building of the Ministry of Foreign Affairs. At the same time, the popularity of the party is growing steadily: at the recent parliamentary elections, Jobbik received 20,46% of the vote, significantly improving the result of 2010 of the year - 16,67%. Bela Kovacs, the representative of "Jobbik" in the European Parliament, was an observer from Hungary in a referendum in the Crimea.

From Bulgaria at the Crimean referendum attended by members of the right party "Attack". Its leader Volen Sidorov strongly opposes the imposition of sanctions against Russia and promises: if Sofia imposes restrictions against Moscow, the Bulgarian nationalists will begin work on the overthrow of the government. It should be noted that deputies from "Attack" can easily provoke a parliamentary crisis, since it is from their position that the existence of the current government depends. If necessary, “Attack” will bring its supporters to the streets - mostly young people.

Is France the next closest ally of Russia?

But perhaps the most important for Russia and the European Union is the opinion expressed by Marine Le Pen - the leader of the French National Front. The fact is that Marin has every chance of becoming the next president of the Fifth Republic, therefore, the press pays special attention to her.

Le Pen reported that the results of the referendum in the Crimea are not in doubt. According to her, “the people who lived in fear rushed into the arms of their native country.” Crimea was a part of Ukraine of all 60 years - and this is a very short period in stories.

The National Front, led by Marine Le Pen, is becoming increasingly popular among French voters. According to the results of the recent municipal elections, front representatives became mayors in 13 in relatively large cities in France. The total number of municipal deputies of the National Front is 1381 people - this is enough to make Marin a participant in the upcoming presidential race: according to the law, the presidential candidate must collect 500 signatures of mayors and deputies. In 2012, the National Front had only 475 representatives in local government, which prevented Le Pen from taking part in the election campaign.

This time, when there are no obstacles, a woman may well lead France, having made a revolution in foreign policy and made Paris one of Moscow’s main partners in Western Europe.

Now that the Crimean crisis has been left behind, it can be stated with confidence: Russia has many allies in Europe. Recent events have demonstrated which European parties and politicians are ready to defend justice in international relations, and which are not. On the side of Russia were healthy forces, for which the words “statehood” and “nation” are not an empty sound. It turned out that the aspirations of the Russian people are close both to the French, who fell under the power of the socialists and the Gaullists, and the Hungarians, who are worried about their compatriots in Ukraine, and the Bulgarians, whose soldiers, along with the Russians, have repeatedly smashed the enemy armies in the Balkans. But what choice the states of these peoples will make, on whose side they will stand in the global confrontation that has begun, depends solely on the civic and political activity of local nationally-oriented parties, their willingness to defend their civilizational choice and to resist the expansionist plans of Brussels and Washington.

Ctrl Enter
Noticed oshЫbku Highlight text and press. Ctrl + Enter
We are
What to do with the refugees? Eastern Europe to host thousands of Africans and AsiansTurkey against the Kurds. Is there a new phase of conflict ahead?
Military Reviewin Yandex News
Military Reviewin Google News
174 comments
Information
Dear reader, to leave comments on the publication, you must sign in.