Ministers as victims in the name of rating 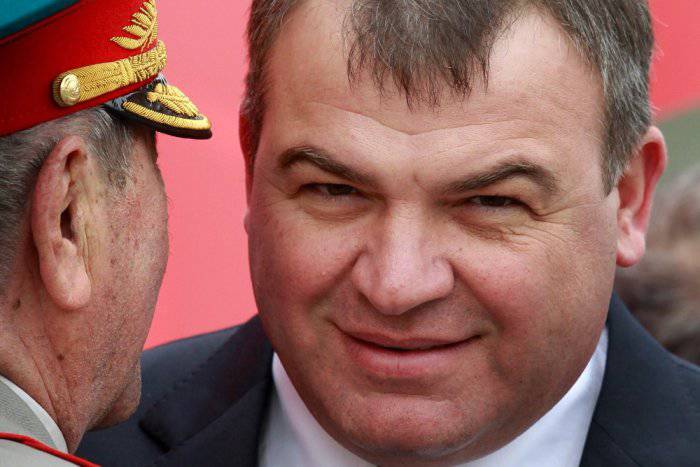 For many years now, with the election approaching, the authorities have been trying in every possible way to prove to the people their strength and ability to lead the state. At this time for the population of the country, let the short but golden era of life begin. The government remembers its people (you should not delude yourself that this is a sincere feeling, for the most part people are interested in power as an electorate and nothing more) and fully takes care of it. As a rule, during this period of time, objectionable officials, whom the people not only do not like, but hate, go to the “torn apart crowd”. It may be recalled that in 2007, the people gleefully greeted the news of the dismissal of the Minister of Social Development and Health, Mikhail Zurabov. The people on this wave of the government’s fight against corruption and the atrocities of the officials were ready to give their votes to support the reforms begun.

As the election of 2011-2012 approaches, one can be sure that there will be a purge in the ranks of officials, and which of them will be sacrificed for raising ratings is not yet known, but no one doubts that this will happen.

Analysts and experts assure that now, by and large, there are no officials who are especially annoying to the people, but there are officials, objectionable authorities. Taking into account the degree of influence of the Russian media on the population, it is easy to assume that a well-built campaign can turn the people against a particular official and the government will definitely take advantage of this.

To date, there are two candidates who have the greatest chance of becoming victims of election games. The first is Defense Minister Anatoly Serdyukov, who, as a civilian, leads the Russian army. The second is Tatiana Golikova, Minister of Social Development and Health. The main disadvantage of the Minister is the lack of medical education and, accordingly, lack of understanding of the construction of corruption channels. Opponent of Golikova is a fairly cohesive medical corporation, which refuses to admit an alien to its ranks.

Internal discontent with Anatoly Serdyukov among the military is very strong. Moreover, at first, it was dissatisfaction specifically with the very figure of the minister and, in particular, with some features of his biography, and then with his activity in carrying out serious reform of the army. In Serdyukov, the situation is extremely difficult, because by and large he is a man from the outside. Accordingly, the reforms carried out by him, associated with the reduction of the army as a whole, the reduction of generals, the restructuring of the military-district system, the removal of epaulets from a part of the representatives of military corporations whose positions may well replace civilians, certainly cause serious disapproval.

In the health sector, there is also a corporation, which fully seeks not only to be heard, but to have a significant influence in the form of a ministerial portfolio. The moral authority of the medical corporation is Dr. Leonid Roshal, who last week sharply criticized the ministry and received support from medical colleagues. It is possible that the fact that the person who is far from the specifics of the work is at the helm of the relevant ministry plays a certain role, but it is obvious that it is not the main one.

The military do not tolerate Serdyukov, and the doctors Golikova, and it is obvious that one of these ministers, and perhaps both will become a kind of victim who will help the ruling authorities to hold their positions. The society in the event of their removal from their positions, of course, will not say “finally!” Neither Golikova nor Serdyukov have Zurabov’s anti-rating. But if you look at this situation from the point of view of image, then a step towards people in white coats and shoulder straps is quite real. The current resignation may come in the fall. This is a tactical move. If they are dismissed now - by the date of the elections, this will be forgotten, the desired effect will come to naught, and the authorities obviously will not like it.

But there is quite a logical question - why only two candidates? After all, there is the Minister of Education, Andrei Fursenko, who practically destroyed the education system and in every possible way contributes to the transformation of Russia into an uneducated, and accordingly a backward country. Finance Minister Alexei Kudrin, in fact, independently resolves all issues with the direction of financial flows, and according to the degree of influence he can be safely put on a par with Putin and Medvedev.

Regarding the last two ministers, it is obvious that neither the prime minister nor the president will decide to dismiss them, they play an important role in the government mechanism they have created. But at the same time, the people should remember that all the loud statements and withdrawals of ministers are like a stage of a theater where drama is played. But it is necessary to remember one thing - the actors change, and the director and screenwriter will remain.

The company "Limousine" offers limousine rental for a wedding, for parties, anniversaries, children's parties, meetings from the maternity hospital, business trips and other events in the city of St. Petersburg. Limousines - Hummer H2, Infiniti QX56, Infiniti FX35 and others. At any time convenient for you, you can order a limousine Online on the website limuzincom.ru
Ctrl Enter
Noticed oshЫbku Highlight text and press. Ctrl + Enter
Military Reviewin Yandex News
Military Reviewin Yandex Zen
7 comments
Ad