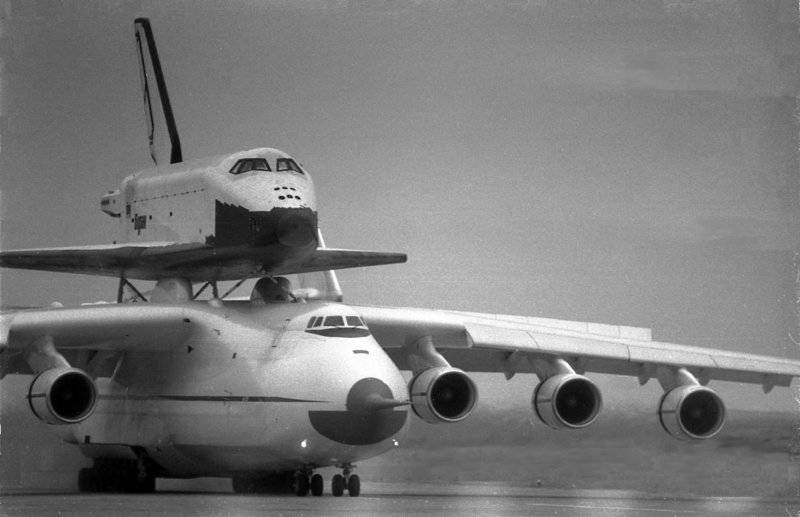 An-225 Mriya super heavy transport aircraft was designed, developed and built by order of Glavkosmos of the USSR to ensure the fulfillment of space programs for the transportation of large cargoes, namely the Buran multi-purpose orbital spacecraft and parts of the Energia missile system. The air ship could also be used for other purposes, both military and economic. The method of stowage was used combined, it is possible to load both in the cargo compartment and by fastening it from above.

Work on the design of the transport aircraft was made with 1985. Time to create a "transport worker" took just 3 and a half years. This happened thanks to the use of standardized units and mechanisms from the An-124 aircraft. By 1 December 1988, the final assembly of the sample aircraft for testing was completed at the Kiev Aviation Plant, and after three weeks the An-225 took off for the first time.

A significant event was the fixed flight that took place on 22 March 1989 An-225 “Mriya” in one flight with a maximum take-off weight over 500 tons, for 3.5 hours broke 106 world records for vehicles of this type. Here are the main ones: 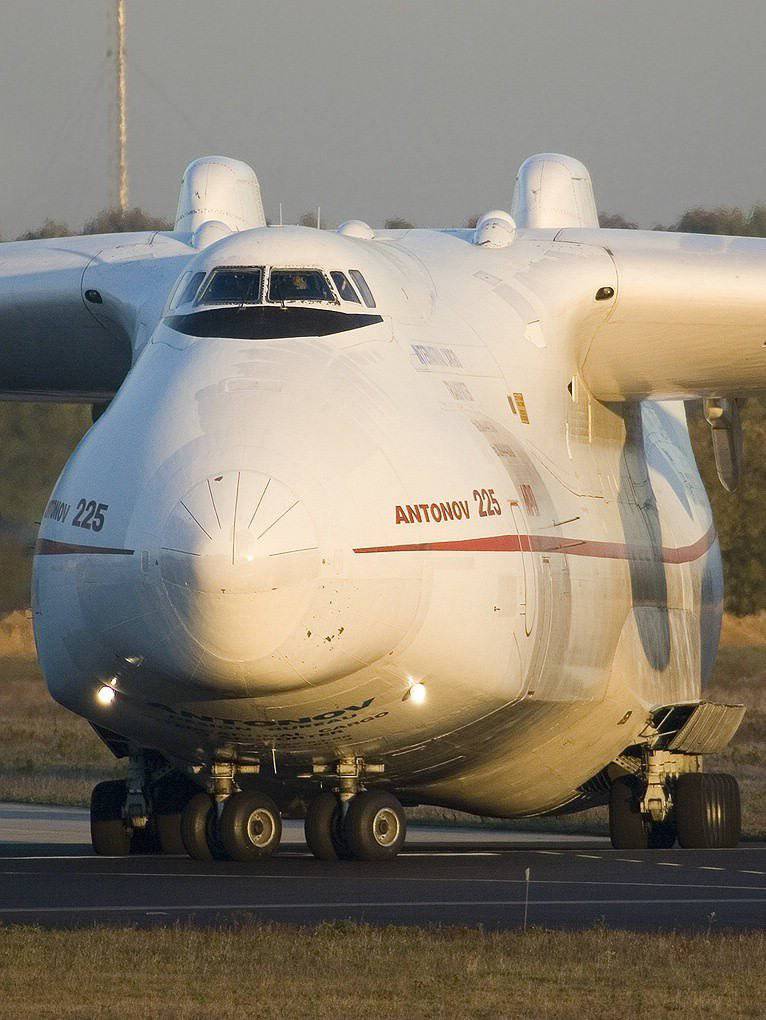 Participation in space programs and other projects

In addition to the movement of oversized cargo, "Mriya" could be used as an air complex for launching commercial vehicles into space. It could perform the function of primary delivery for the subsequent launch .. These are variants of the Svityaz air-missile system (Ukraine), which made it possible to output up to 9 t of space rigging to low orbits around the Earth, and the MAKS multifunctional complex. This complex creates the prospect of launching astronauts and 2 tons of cargo into low near-earth orbits of 10 and up to 17 tons of cargo on the drone.

During the years of Ukraine’s statehood, the designers of the Kiev Design Bureau worked on 2 with similar projects: Hotol (Ukraine – England, together with British Aerospace) and Oril (Ukraine). These developments for their implementation made it possible for the aircraft to participate in profitable projects for the movement of large cargoes. But everything remained only on paper due to lack of money.
No less remarkable was the draft search and rescue complex (AMPSK) "Mriya-Orlyonok" air-sea basing. This rapid response complex, which included "Mriya" and an ekranoplan, was to be deployed at airfields of various subordination. Upon receipt of the SOS signal AMPSK "Mriya-Eaglet" was supposed to appear at the crash site or accident. The design of the wig made it possible to carry out landing and landing on the water. The ekranoplan was equipped with special medical equipment for the provision of emergency medical care. There could be up to 70 people. 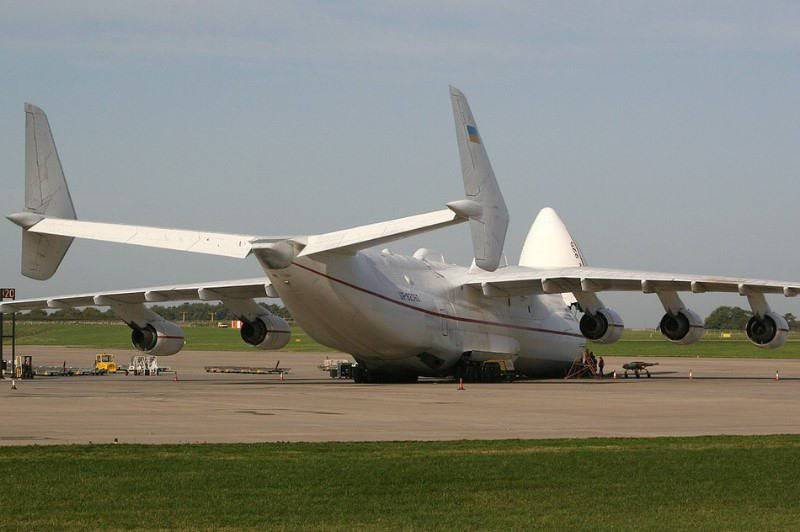 According to the publication "News cosmonautics ", by the middle of 90-ies the only workable copy of An-225 was disassembled for parts. Engines from this aircraft were delivered to the An-124 "Ruslan". The second aircraft was in conservation.
In the middle of the summer of 2000, the president of Antonov Airlines, Konstantin Lushakov, told journalists that the An-225 would be remade for commercial purposes. He said that the start of use of the "transport" will take place in the second half of 2001. Re-equipment of the airship cost more than 20 million dollars. The restoration project was financed by Motor Sich, a Zaporizhia company, which manufactured six new engines at the Antonov Design Bureau. Businessmen are hoping that the aircraft can be used in the transportation of cargo with a total weight of about 250 tons.

A set of flight preventive work was carried out to restore the unique product and its compliance with the operating conditions that the International Civil Organization aviation ICAO for the commercial operation of air vehicles at present. In addition, emergency preventive systems and updated radio communications were installed. Modern aircraft operating conditions provide for the equipment of the aircraft with noise absorbing modules, which was done. With this equipment, the "transporter" could make flights around the world. 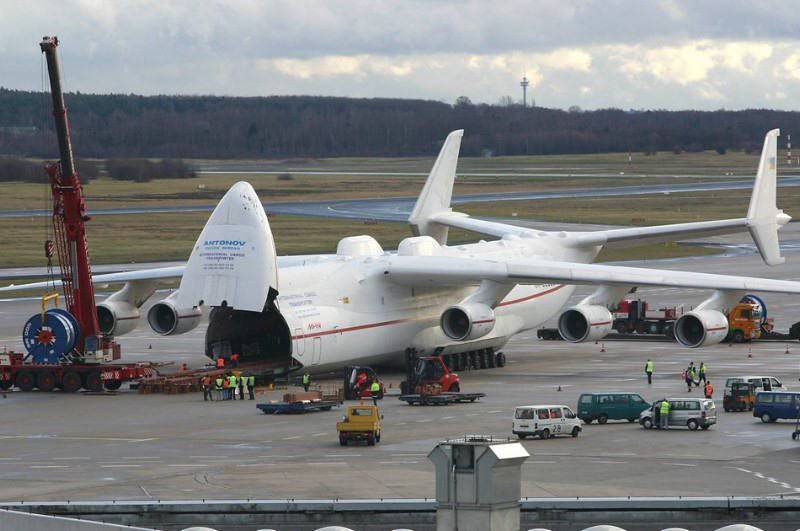 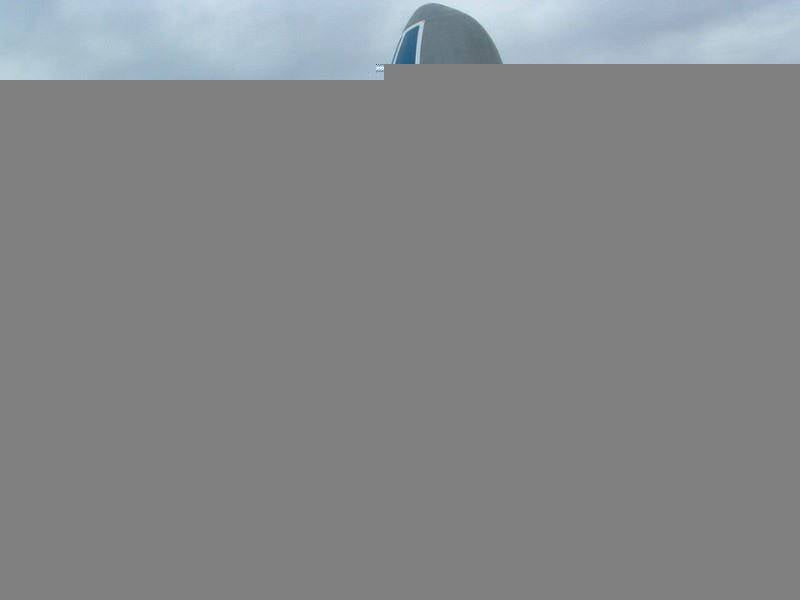 7 of May 2001 of the restored “Mriya” again rose to the heavenly heights from the Gostomel airfield in Kiev .. The designer of the Antonov Aviation Scientific and Technical Complex Peter Balabuev noticed that by the end of June 2001 of the “Mriya” would finish the entire complex of flight-technical tests, there were only 10 trial departures. After that, An-225 will be certified for commercial flights, and the launch flight can already be made no later than six weeks later.

P. Balabuev only said about the prospects for the future, that soon a second plane of this series may appear in Ukraine, the readiness in dismantled form is two thirds of the units.

Volga-Dnepr Airlines, which is a leader in the market for transportation of super heavy and oversized cargo, has shown its interest in operating Mriya. CEO A. Isaikin reported on the prospects for the use of aircraft of this type, which require 2-3 units. In his opinion, the future development of the transportation market in this segment is about 2-3 billion dollars. 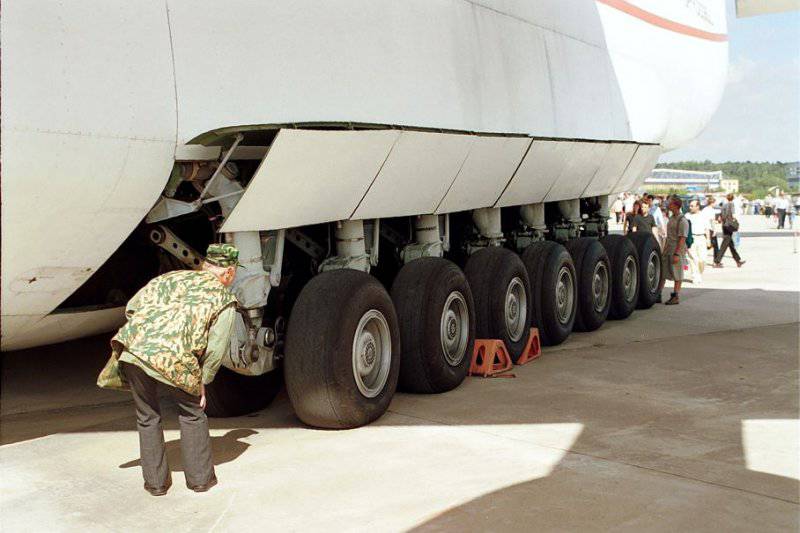 The president of the airline "Antonov Airlines" K.Lushakov said that the launch of satellite devices with An-225 will be much cheaper than using the infrastructure of the spaceport. At the same time, An-225 will not compete with the “Flight” project, which involves launching satellite systems from “Ruslan”. The truth is that the project "Flight" provides for the launch of the so-called. "Light" satellites weighing up to 3,5 tons, and from the "Mriya" can be released into space designs of medium type weighing up to 5,5 tons.

But with the updated projects of the West - the Airbus A3XX-100F aircraft and the Boeing Corporation 747-X aircraft (carrying capacity - no more than 150 tons) - An-225 will start fair competition. Chances to beat them a lot. The producer of the largest “transport worker” will probably be the aircraft plant in Ulyanovsk.

Ctrl Enter
Noticed oshЫbku Highlight text and press. Ctrl + Enter
We are
Flight of the Buran - as it wereEnergy of triumph
Military Reviewin Yandex News
Military Reviewin Google News
21 comment
Information
Dear reader, to leave comments on the publication, you must to register.