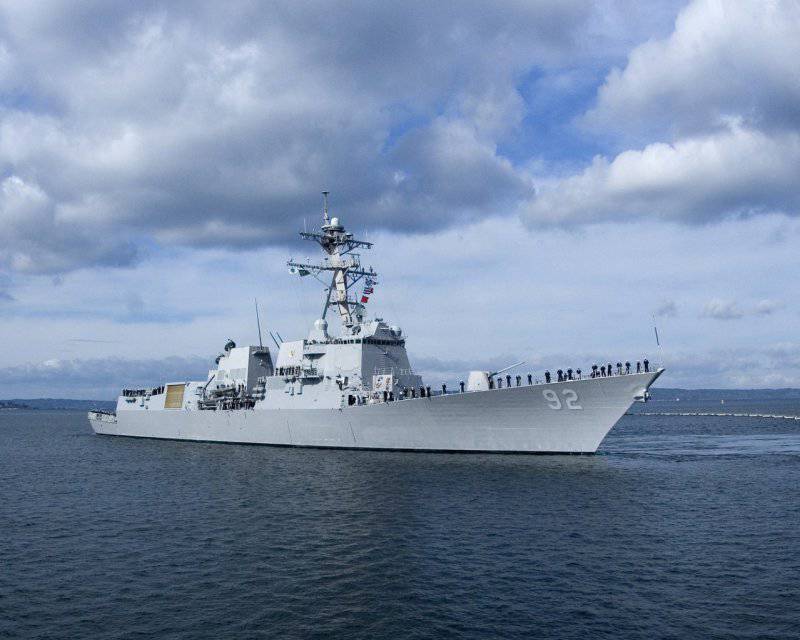 As it became known last week, the American destroyer Donald Cook and the French large reconnaissance ship Dupuy de Lome entered the Black Sea. The first ship arrived April 8, and the second April 11. Already on April 14, the French frigate Dupleix will join these combat vehicles. The ships will participate in the exercises, and will probably visit the port in Odessa.

It is worth noting that the ships were not chosen by chance - this applies especially to the American destroyer. In order to try to exert pressure on Russia and portray the support of the newly-minted authorities of Ukraine, a ship was chosen that was equipped with the most powerful missile defense system in service with the United States. The French ships have less potential, and, apparently, were sent to the Black Sea leadership, to curry favor with their American partners in NATO.

The question arises - do the above-mentioned warships pose a real danger to the Russian Federation? To understand this, you should pay attention to what they are armed with, as well as to the means of opposition that Russia can use against them.

The American destroyer Donald Cook belongs to the destroyers of the type "Arly Burke", has a full displacement in 9073 tons (according to the Montreux Convention, ships with a displacement of up to 10000 tons can pass to the Black Sea). The ship is equipped with the most modern multipurpose combat information-control system "Aegis", which allows you to effectively manage all means of attack and defense of the ship. The destroyer is equipped with the same name missile defense system "Aegis", which can be equipped with either SM-2 interceptors, with a range of about 150 km and height - from 150 m to 15 km, or SM-3 with a range of up to 500 km, and height to 250 km (interception outside the atmosphere). The system is able to deal with all classes of ballistic missiles except intercontinental. From the strike armament, the ship is equipped with BGM-109 Tomahawk Block 3 cruise missiles, with a range of up to 1600 km (they can be up to 56 units on a ship). Anti-ship armament is represented by Harpoon subsonic missiles with a range of up to 150 km.

The French destroyer Dupleix of the Georges Leghy type has a displacement of about 4500 tons. Armed it is noticeably more modest than the American ship. Noteworthy are Exocset anti-ship missiles with a range of 180 km. The basis of the destroyer air defense system is the "Crotale Naval" air defense missile system with a range of up to 10 km.

Russia can deal with these ships in various ways - for this purpose, both the Bastion coastal anti-ship systems, the Onyx supersonic anti-ship missiles with a range of up to 500 km, and the Moscow missile cruiser, with the P-1000 heavy supersonic missiles "Volcano", with a launch range of up to 700 km. In addition, you can always pull up the anti-ship Aviation. All of these RCC can fly at very low altitudes. It is worth noting that even 1-2 missile hits may be enough to completely destroy the enemy destroyers, since the warhead of the rocket explodes after the rocket flying at supersonic speed breaks through the skin of the ship and flies inside. A huge number of such missiles can be sent to NATO ships at the same time, and there can be no talk of any interception - hypothetical targets will be destroyed in a very short time.

As you can see, the grouping of NATO ships carries no serious danger to the Russian Federation. It can be assumed that this is one of the attempts by the United States to save face in front of the de facto Ukrainian authorities who planted them in Kiev. After all, Americans cannot offer their accomplices any real help, apart from the endless attacks of anti-Russian hysteria at various international venues. They do not give any promised loans and financial injections to Ukraine, and, apparently, they will not give them soon - even US pressure is not enough to force EU countries to allocate money that no one is going to return guaranteed. Yes, and close the largest market for its products in the face of the Russian Federation.

So, the newly-minted Ukrainian de facto authorities will have to indulge their self-esteem with such small handouts, watching how the country falls into pieces because of their thoughtless and criminal decisions. And wait for the same, when their former Maidanovist nationalist friends will overthrow them. By the way, Georgia turned out to be in a similar situation in August 2008 of the year, when the symbolic support of “Western friends” was in no way able to level out the consequences of Saakashvili’s unbalanced and dangerous policy.