Russia and Ukraine will hand over landfill NITKA for rent 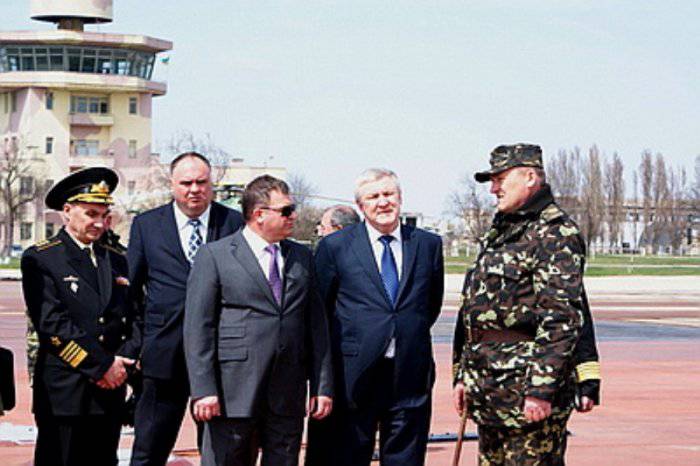 The visit of the Minister of Defense of the Russian Federation Anatoly Serdyukov to Ukraine last week is called by many not so useful and constructive as mysterious and incomprehensible.

The first in the program of the visit was a visit to the Sevastopol Academy of Naval Forces. Nakhimov, and Serdyukov really visited her, but it was a cursory examination and superficial acquaintance with how the future captains are being trained. Many expected that the head of the Russian defense ministry would be interested in new simulators for training cadets and, in particular, a simulator that completely imitates the captain's bridge, the Navigation Bridge. There is no such simulator in any country of the world, and the cadets can master the intricacies of maritime affairs and at the same time not endanger real ships. But Serdyukov, for some unknown reason, was not interested, and he did not even get acquainted with the simulator.

Similarly, the visit of Serdyukov to the shipyards in Nikolaev was held in Sevastopol. Many expected that after the meeting of the presidents of Russia and Ukraine last year, at which the fate of the Ukrainian shipbuilding industry was discussed, it was during this visit that the fate of the Ukraine-launched missile cruiser, which, despite 95% readiness, continued to rust on one of the Nikolaev shipyards. But Serdyukov examined the shipyards, talked with local shipbuilders, but did not even get up on the deck of the “Ukraine”. Obviously, Russia is not interested in such a project, and Ukrainians need to make a decision either to finish building a cruiser on their own, or to do with it, as they did before with a third of the Russian Navy - to cut it into scrap metal.

But the very purpose of the trip of Anatoly Serdyukov to the south of Ukraine becomes incomprehensible. Obviously, the visits to Sevastopol and Nikolaev were only the fulfillment of the mandatory part of the program, but certainly not the main one.

It is likely that already this year the Ukrainian cadets will go to Russia for further training. One of the advisers to the president explained the reason for this decision by the “lack of special means in Ukraine for quality training.” This partly explains Serdyukov’s unwillingness to attend training complexes, which are among the best in the world, and now he has the opportunity to report to Medvedev that in Sevastopol, to train future military captains there are only miserable classes and talented cadets need to be picked up and taught in Russia. 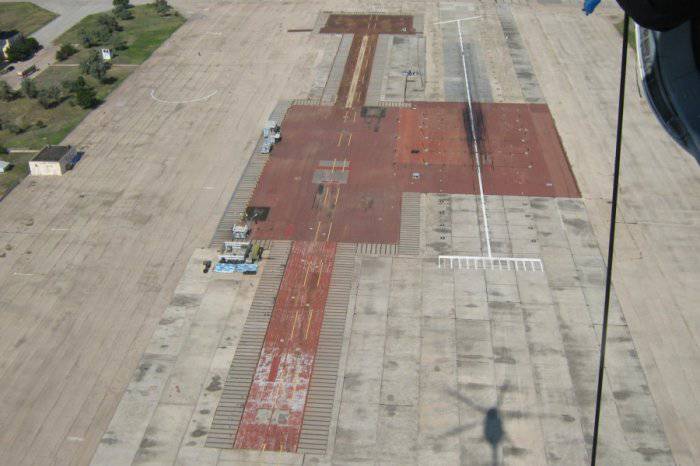 Many analysts are sure that Serdyukov’s visit to Ukraine is not connected with worries about the fate of Sevastopol cadets or unfinished ships in Nikolaev, the main purpose of the visit was the Crimean NITKA training ground. The range precisely imitates the deck of the aircraft carrier cruiser Admiral fleet Kuznetsov ”and was built in the early 80s at the secret air base Novofedorovka near the resort town of Saki. But what is the importance of this training ground, especially for Russians? Even for an experienced pilot, both take-off and landing on deck are of particular difficulty. In this regard, pilots must have a good special training, but to allow training flights on board the only aircraft carrier in Russia means putting it under a completely guaranteed catastrophe.

Ukrainian thread is the only ground facility that is designed to train deck pilots aviation and in particular pilots for the "Admiral Kuznetsov." During the presidency in Ukraine of Viktor Yushchenko, Russians were denied access to the training ground in Novofedorovka. The situation changed dramatically last summer when Viktor Yanukovych came to power. For a month, the 279th Separate Naval Aviation Regiment of the Russian Northern Fleet conducted training at the Ukrainian special training ground. Every day several dozen unique day and night flights were carried out. Returning home, the northerners called August 2010 "salvation for the Russian decks."

The fact that the Crimean "land carrier" still remains unsurpassed, even Americans recognize. They have a similar complex, but it is significantly inferior in technical parameters and size. This airfield is made in the form of a landing strip on a ship and equipped with four arresting gears, as well as the Luna optical landing system. A steel bulba of a real huge ship's springboard stands on a nearby airfield. The most important thing is that all equipment is in working condition. There were no complaints about the quality of equipment and additional funds from the pilots of the 279 air regiment.

But the question arises: if all the equipment works and functions perfectly, as the last trainings have proved, why should the Moscow-Kiev authorities, united by one goal, overhaul to change the existing electromechanical mincemeat of the NITKA test site? Ukraine has no ship aviation. For training Russian pilots, the existing runway systems created in the 80s of the last century are sufficient. Also, the state armament program of the Russian Federation, developed before 2020, also does not provide for the construction or purchase of new aircraft carriers. 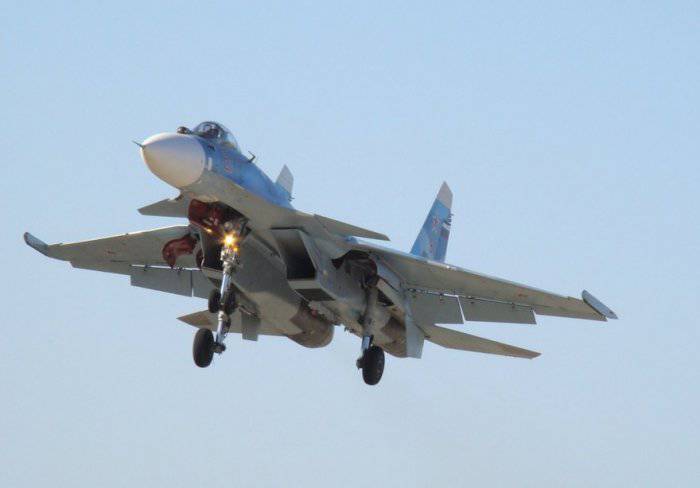 Experts make an unequivocal conclusion that the planned reconstruction of the complex is necessary to bring it to the standards of clients from China and India. These conclusions are also confirmed by the Minister of Defense of Ukraine Yezhel: “Russia is still our main partner in the use of the NITKA test site. But China and India are also showing their interest in training pilots at the test site. ”

Both of these states are actively implementing their own program of building a powerful aircraft carrier fleet. So, in particular, the Taiwanese press claims that China creates aircraft carriers on the basis of the Varyag purchased in Ukraine. It should be noted that "Varyag" was purchased at the price of scrap metal - for 23 million dollars. Despite the fact that the Varyag was taken as a basis, it will be the ships of the new generation, and it is quite understandable that the THREAD is outdated for them. For the most part, this refers to the filling of the landfill, since the deck is well suited to modern requirements. For high-quality training of the first generation of ship pilots, the same Chinese and Indians need a truly modern training base.

It so happened that Anatoly Serdyukov can make quick decisions only if it can bring a lot of money. In this case, it is not only about the development of a promising business on the international lease of the landfill for the training of pilots of ship aviation. An equally important result of the last visit to the south of Ukraine was an instantaneous operation to transfer significant financial flows from the Russian Black Sea Fleet.

During the visit to the Crimea, the Minister of Defense of the Russian Federation reached, perhaps, a sensational agreement - within two years “for sailors of the Russian fleet” in the Cossack Bay area near Sevastopol 1265 apartments will be built. Of course, such a large-scale construction of housing on the attractive Black Sea coast will now go under the careful control of Anatoly Eduardovich and K. But the question remains, how many of the built apartments will seafarers get?
Ctrl Enter
Noticed oshЫbku Highlight text and press. Ctrl + Enter
Military Reviewin Yandex News
Military Reviewin Yandex Zen
14 comments
Ad