The humble charm of national amputation 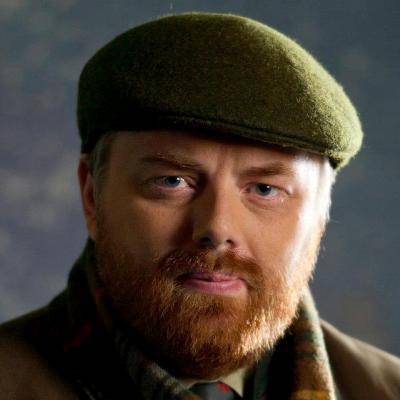 No one is so much sausage from the events of the Russian Spring, first in the Crimea and then in the Donbass, no one feels so much their victims as supporters of the ideal of “cozy burgher life like in some little Slovakia”. Representatives of a wide range of views, from liberals to some nationalists, it seemed that our main goal was to make Russia such a small, cozy country - to press down the territory, start a democracy here, and drink beer in the pub in the evenings, leafing through the Agricultural News newspaper. . This is schnapps, this is European. And all the big projects, expeditions to Mars, submarines and strategic highways, re-industrialization and army construction are all Asian countries of crazy emperors.


Events around ending their history Ukraine seems to these people something too huge, aggressive, leading to the return of the Empire, to the harsh times when the norm of life is a feat. While we admire the heroes of Lugansk, Donetsk and Slavyansk (where people are so harsh that they threw the head of the special forces of the SBU with the first shot), lovers of comfort just shakes, because it is in the heroic and sublime that they see the main threat to their little dream.

And that's what I want to say to these people.

I completely share the ideal of a "small cozy burgher life." The Russian man should be fed with delicious white sausage and peaches "White Swan", well-groomed, cleanly washed and perfectly trimmed; he should have a cozy beer house within walking distance, where he will drink kvass and honey. In winter, he should wear a great cloth coat and woolen hat, and his fine cloth pants should be tucked into excellent felt boots with patterned embroidery. He must drive a comfortable German compact car (the car must be German) and more News about the Russian base on the moon and the opening of the fourth Pacific fish factory at a depth of 2 thousand meters, he should be interested in matches at the Donbass Arena, weather forecasts and the news of the Yalta film studio. On vacation, a Russian man should travel to Crimea bored, taking the Moscow-Simferopol high-speed train, which runs for 5 hours, and waving a cane with a silver knob, walk in the footsteps of Nicholas II along the path from Yalta to the Swallow's Nest, and returning to Gurzuf on a speedboat - to taste the drinks in the Chaliapin Grotto. He should have 8 acres near Kharkov, for which he will proudly certify himself as "Kharkov landowner".

The modest charm of the bourgeoisie and national amputation are incompatible in principle.

Ukraine is absolutely artificially cut off from Russia. All investments made over the centuries in the beautiful Crimea and the Dnepro-Donbass industrial region were attempted to be stolen. A large part of the Russians were first forcibly renamed Ukrainians, and then they were convinced of this, and then they began to humiliate those who, even in this situation, remained Russians. For the Russian people, abandoned far to the North, the selection of the southern lands is a terrible blow.

A person who has both legs amputated (he can live a normal life, become a hero, a parolympician, anyone, but not a cheerful burgher) cannot become a healthy imposing burgher, so people who have amputated much of it cannot live a small, cozy, quiet life. population and territory.

It is not by chance that our imaginary “burghers” most often speak of Slovakia, where all the people live in their state. Look at the neighboring Hungary? Like the Russians, it is a divided people, part of which is given to Romania as a reward for good behavior. No burgher ease in Hungary and does not smell, although it is a very European country, rather small and quite cozy. However, the main force in the parliament there moderate nationalists from FIDES. The second party is the radical "Jobbik", who dreams of a Hungarian reconquista.

Fun "Jobbiki" in the Hungarian parliament like this - throw EU flags out the window:

In small Slovenia, everyone lives at home. Neighboring Croatia squeezed out Serbs from a part of its land, while some Croats live in Bosnia. And again, there is no slackness in cozy Croatia. Any "siege of Dubrovnik", when they beat off the Serbs - an important part of the national myth (while Dubrovnik is a very pleasant and cultural city, much more pleasant than some Montenegro). The deportation of Serbs from Krajina is part of national pride.

Here's how the Croats are having fun - breaking signs in the Cyrillic alphabet in Vukovar, insulting the memory of those killed in the fight for Croatia.

You understand, what, with the coziness of the Serbs themselves, they, incidentally, do not pretend.

In order for the people to be burgher calm and cozy, one of two things is necessary. Either so that he is all gathered in his own state, or to expel him all from the territory of other states. So they did, for example, with the Germans who lost, forcibly deported them from Poland, the Czech Republic and East Prussia.

Undoubtedly, Ukraine has always claimed precisely such a classic Eastern European nationalism with a pretense of ugliness and coziness at the same time. Ukrainians assigned themselves to Russian Croats, but the burden turned out to be not their tail.

Sometimes in the pro-Ukraine of our national deserters it seems to me that regret is not that Russia will not become a small cozy country, but that Ukraine will not become it. They say that they don't give a damn about Rashka, but at least Ukrainochku would have to go to Lviv to kiss the murals and ladies.

Walking around the square Rinok. Play the ringing of the town hall hours. Speak savoring every word "Historical pharmacy." From a small cozy table in a cafe with a superman in front of a monument to Sacher-Mazoz go to the "Krivki" and proudly reply that Muscovites are not. Cuddle on the square in front of the opera T-shirts "Dzyakuuyu God, I sho not Moskal" (I myself, by the way, bought this, scraped "not" and sometimes use). To spread at the thought of the fact that this beautiful Orthodox Church of St. Peter the Great is the Tower of Kornyakt, belongs not to the disgusting Russian Orthodox Church, but to the cutest Filarets, who are all sincere, warm and real. Standing in the mood in front of the monument to Kralya Danilo and thinking that here, we could have our own krail, Moscow, as it were, not an evil one ... To admire the waiters' skewed skulls and think about their amazing anthropological similarity with Bandera what I like most is Yatseniuk’s son from Turchinov, and with an ideal bandera of posters and monuments).

Since the whole Lviv and Kiev comfort could only be based on the boot on the neck of Lugansk and Yekaterinoslav, it is a pity for the customers that these riot rusachas spoiled such beauty.

They had to know their place, remember that the Russians were and should be the most humiliated of the nations and pray for only one thing to be taken to non-Russians.

And Ukraine is the most seemingly short way to become non-Russian - nothing at all and you are already a proud European.

But no, padded jackets do not want. And they don’t want to leave either (which would also be a way of fooling Ukraine).

Ukrainians have already missed their chance to deport Russians (for which they, undoubtedly, always sought - “Suitcase-Station-Moscow” is a constant topic of bander discourse). Russians were generally inclined towards more difficult routes:

Russian began to move in this direction. That is, in the first scenario - the gathering of people in ethnic borders, as a condition of its normal development.

And I repeat once again: without the Russian part of Ukraine, Russia cannot develop normally and the Russians are doomed to the position of amputees.

All those who did not support the uprising of the Russian Spring found themselves, voluntarily or unwittingly, in the position of deserters.

The deserter understands perfectly well that he did a mean act and that one can come up with many explanations, but not a single excuse.

Therefore, his only hope is the hope of the defeat of his people and country. Defeat immediately justifies everything - whoever escaped first, he was smarter, saved himself, was engaged in a more important matter.

For this reason, deserters are usually much more interested in our defeat than enemies are in their victory.

You just need to understand that deserters betrayed not only the rebel Russians. They have also betrayed their own rhetoric that they want a normal life in a normal Russia.

Failure of the Russian Spring - and insufficiently vigorous and ambiguous support - this is also a form of non-support - this is work to exclude the normal life of Russians in the future, to the impossibility of implementing burgher nationalism.

The victory of the Russian Spring gives our people a chance for a normal quiet development.

The defeat, on which the deserters and the national traitors are working, means that we maintain the position of the amputee nation.

Ctrl Enter
Noticed oshЫbku Highlight text and press. Ctrl + Enter
We are
Sodom and Gomorrah in a European wayWhat you didn't want to know about England
Military Reviewin Yandex News
Military Reviewin Google News
49 comments
Information
Dear reader, to leave comments on the publication, you must sign in.