Ukrainian authorities are preparing provocations in the east of the country

Various sources report the intentions of the current Ukrainian authorities to organize provocations in the eastern part of the country. Vitaliy Zakharchenko, who led the Ministry of Internal Affairs of Ukraine under Viktor Yanukovych, said that they could be directed against the Russian military at the border. A source in the Ministry of Internal Affairs of the country said that planned provocations against residents of Donetsk and Lugansk regions. 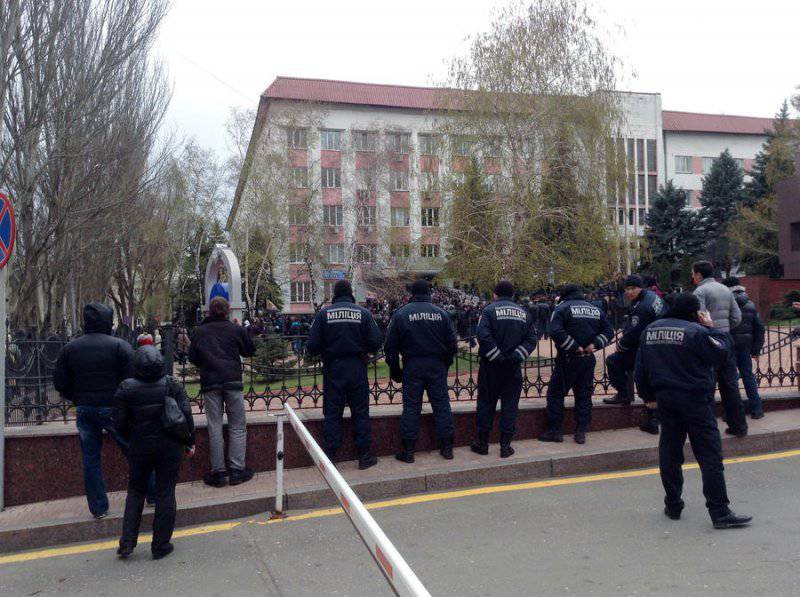 “In the eastern regions, according to our information, provocations are planned at the borders. The goal is to discredit the servicemen of the Russian Federation, ”said Vitaly Zakharchenko, who headed the Ministry of Internal Affairs of Ukraine under President Viktor Yanukovych. He took part in a press conference with Viktor Yanukovych in Rostov-on-Don.

Zakharchenko called Ukrainian policemen do not carry out criminal orders. He reminded police officers of criminal responsibility for such actions.

At the same time, information about upcoming provocations, already to discredit the residents of Lugansk and Donetsk regions, came from a source in the Ukrainian Ministry of Internal Affairs.

"The leadership of the units of the Ministry of Internal Affairs and the Armed Forces of Ukraine, deployed in Donetsk region, it was ordered, using the fighters of the "Right Sector", to imitate armed attacks on their units, "- quotes RIA News message source.

In addition, according to his information, the team was also given at the end of the action to hand over the so-called “provocateurs” cartridges to Kiev.

“According to the information received, individual managers, fearing the seizure of buildings in which there is weapon, they made a decision to transport it to larger settlements, ”the source said.

Recall, the National Security and Defense Council of Ukraine decided to launch a large-scale special operation in the east of the country with the involvement of military personnel. They are designed to counteract supporters of the federalization of the country who are rally in eastern Ukraine.