NATO in search of a "second youth" 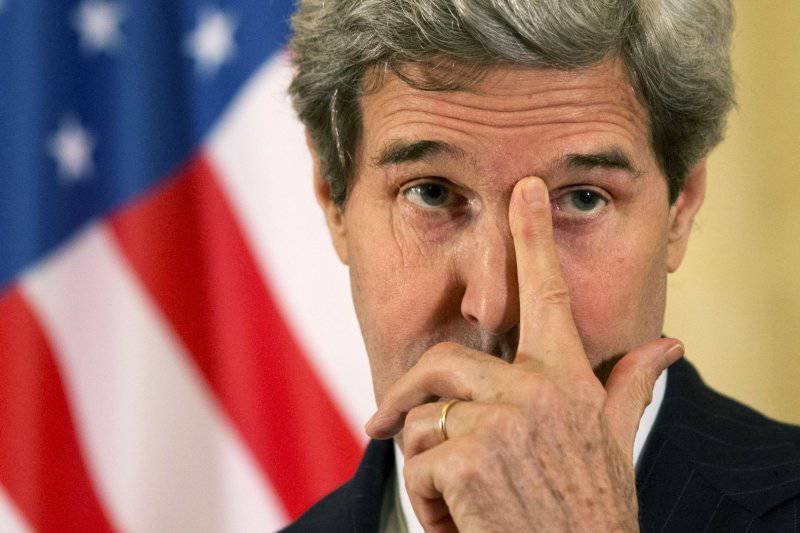 The reunification of the Crimea with Russia alarmed European politicians and reassured the NATO military. The bureaucrats of the North Atlantic alliance are happy: finally, the defense complex will be financed at the proper level! In the years after the Cold War, NATO countries, to the chagrin of the military, cut back on the cost of maintaining the army. The confrontation with Russia, according to the plan of Washington strategists, will “revive” the fading alliance. However, not all countries can join the new cold war, and, most likely, the NATO bloc will be reformatted.

Paranoia and bewilderment in washington

In the West, they are afraid of Russia's gain. They understand that the Crimea is not the end, and for the sake of protecting compatriots, the Russian army is ready to conduct operations on the territory of any country located next to Russia. This also applies to the Baltic states: Russian rights are systematically violated in Estonia, Latvia and Lithuania, and these crimes are committed under the auspices of NATO.

In this regard, the alliance sends additional troops to Eastern Europe. These forces will be deployed in close proximity to the Russian borders, which, in turn, worries Russia.

Philippe Breedlove, commander-in-chief of the NATO armed forces in Europe, said that the experts of the organization are considering the implementation of a set of measures aimed at strengthening the level of security in the eastern countries of the alliance. As part of the upcoming plan, units of NATO ground, air and naval forces will be relocated to Eastern Europe.

At the same time, the alliance cannot understand what the further actions of Russia will be. According to Breedlove, 40 thousand troops of the Armed Forces of the Russian Federation are deployed along the Ukrainian border, at whose disposal are artillery, armored vehicles, aviation, communications, field hospitals - all that is needed to carry out a full-fledged military operation. Several options are being considered, ranging from political pressure on the Kiev junta to the deployment of Russian troops in the South-East of Ukraine to protect the local Russian-speaking population. NATO experts believe that Russia has enough strength to take control of the Azov and Black Sea regions in a short time, from Lugansk to Odessa.

Because of the lack of understanding of what Russia is preparing for, the North Atlantic alliance is at a loss and cannot take adequate measures. In Brussels, they believe that since Russian troops are located near the Ukrainian borders, it means that NATO must send its forces to Eastern Europe. True, this aggravates the situation in the region and does not contribute to a peaceful settlement - but Western bureaucrats do not pay attention to this fact. NATO Secretary General Anders Rasmussen says the alliance must respond to Russia's actions. Apparently, the consequences of such a rash decision of Rasmussen are of little concern.

In search of the enemy

The leadership of the North Atlantic Alliance plans to use the confrontation that has begun to strengthen the military bloc. By demonizing Russia, Rasmussen, Breedlove and others like them will create an enemy image and rally NATO members against it, as it was during the Cold War, when American officials were thrown out of windows out of fear of the “red threat”.

The question of the expediency of the existence of NATO has repeatedly been on the agenda after 1991. The sense of the alliance was in opposition to the Soviet Union, and after its collapse it began to be used in the interests of the United States for wars in secondary theaters. With the help of NATO, Yugoslavia and Libya were bombed, Iraq and Afghanistan were occupied. Many members of the organization took part in the so-called "coalition of the willing" during the US wars in different parts of the world.

However, the alliance did not find a new main enemy. According to Charles Kupchan, a professor of international relations at Georgetown University, the withdrawal of troops from Afghanistan could put an end to stories NATO. Many countries of the alliance were at a loss as to why they needed battles in the mountains of Central Asia, and would categorically refuse to participate in such adventures in the future. In addition, the contradictions between the individual members of the alliance, each of which defended their views in foreign policy, intensified. The common vector has disappeared; each state began to drift in its direction.

This was extremely disadvantageous to the United States, which, with the help of NATO, controls European politicians and affects the European Union. By the way, many people in Europe understand this, and some political parties represented in the European Parliament would like to get rid of the North Atlantic alliance once and for all.

The collapse of NATO will put an end to US hegemony on the east coast of the Atlantic. Americans will have to leave not only from the Middle East, but also from Europe. Therefore, Washington is doing everything possible to preserve the alliance, to “freeze” it forever. No wonder the beginning of the confrontation with Russia miraculously coincided with the withdrawal of troops from Afghanistan: now, not Al-Qaeda, but Moscow will be the new enemy. Just like more than twenty years ago.

NATO is waiting for reformatting

True, the United States does not understand that not everyone in Europe is as critical of Russia as it is in North America. If Washington unconditionally supports sanctions and other measures directed against Moscow, then in Berlin, Paris, Rome and other European Union capitals do not think so.

On the contrary: Russia for Europe is an important trade partner, an assistant in the Afghan conflict, a mediator in the Syrian crisis. Without Russian support, European policy towards the Middle Eastern states would be a failure. In addition, in the event of termination of cooperation with Russia, Europe loses a lot, and, above all, remains without gas. The claims that the European countries themselves will provide themselves with blue fuel are groundless: there are extremely few terminals for receiving liquefied gas on the shores of the Atlantic and the Mediterranean, so the United States, Qatar, Saudi Arabia and other countries are unlikely to be able to help the Europeans with something .

That is why the second cold war, conceived in the Pentagon, is unlikely to be as large-scale as the first. Surely only Eastern European states, such as Poland and Romania, will join the American initiative. Local marginals have always been distinguished by Russophobic attitudes, and are ready for confrontation even to the detriment of themselves. But the pragmatic politicians of Western Europe are well aware of what losses they will incur if they abandon their friendship with Russia and declare it their enemy. It is better to quietly “swallow” the return of the historical lands of Moscow than to panic and discredit yourself in the eyes of voters and the international community. Perhaps that is why third-level sanctions against Russia have not yet been introduced: they fear unpredictable consequences.

But the United States will continue to convince its European allies that there is a real threat from the east. For this, diplomatic channels will be used, as well as the media. Pressuring the situation, Washington will try to win over as many members of NATO as possible. However, some countries may leave the organization, especially under the condition that moderate right-wing forces win there — patriots who understand that their states do not need American cosmopolitanism. In some places, the States will act as a bribe: most likely, in a strategically significant Turkey, which does not understand why it is in conflict with Russia, and will follow in the footsteps of Washington only for a certain reward.

Therefore, if the alliance chooses hostility with Russia, its composition will seriously change, and its European center will shift somewhere to the east, and instead of Brussels all disputed issues will be discussed somewhere in Warsaw or Bucharest. On the one hand, this will allow NATO to better concentrate on the conduct of the new Cold War, and on the other, it will greatly weaken this bloc, which will become more regional than world.