In Mariupol supporters of federalization seized the City Council 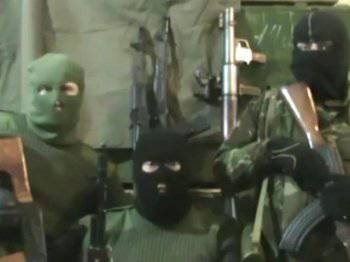 
According to the site, a barricade has now grown in front of the entrance to the city council building - men in masks tore down paving tiles, hangers and other furniture were taken out of the mayor’s offices, and buses and boards were brought from nearby yards. "Those who do not participate in the construction, chant" Slavyansk, we are with you "," Referendum ".

On the eve, supporters of the federalization of Ukraine took control of administrative buildings and police buildings in four cities in the Donetsk region - Slavyansk, Krasny Liman, Kramatorsk and Druzhkovka. Over Slyavyansky helicopters are now patrolling, whose membership is difficult to determine. Thick, black smoke rises above the city — tires that are piled near the barricades erected near the administrative buildings are burning.

Ctrl Enter
Noticed oshЫbku Highlight text and press. Ctrl + Enter
We are
What happened in Mariupol?The situation in the south-east of Ukraine. Chronicle of events 10 May
Military Reviewin Yandex News
Military Reviewin Google News
99 comments
Information
Dear reader, to leave comments on the publication, you must sign in.