Southeast response to the Kiev ultimatum

April 14 2014
82
At the end of last week, when the 48-hour ultimatum of the self-proclaimed Kiev authorities expired (the ultimatum of communication with the southeast allowed Mr. Avakov, washed away from the last year’s green), the Ukrainian security forces received an order to storm the buildings of regional administrations and other administrative units of Donetsk and Lugansk. Everything went to the fact that the south-east of Ukraine will turn into a Kosovo variant, which the US and the EU like to think about so much when they judge the illegality of comparisons with the Kosovo precedent of the Crimean precedent (with a popular will). They say that Crimea is not Kosovo, because there was a lot of blood in Kosovo, and therefore it was necessary to intervene ... And Crimea, well, Crimea ... No shooting, not a drop of blood - therefore the Crimean-Sevastopol referendum with self-determination was superfluous ... It turns out that the sea will not be spilled yet blood, the West is not going to pay attention to the opinions of citizens of a state, one or another of its territorial units. And the Kiev "authorities", apparently, decided to go along the Kosovo route in the southeast ...


But one thing is the decision of the representatives of the self-proclaimed authorities, who were not examined in the course of the mandatory medical examinations, and the decision of those whom they sent to the open slaughterhouse is quite another thing. As soon as the order to storm the buildings of the Donetsk and Lugansk Regional State Administration received the Alpha fighters, the command of this special unit immediately announced that such an order simply contradicts the very idea of ​​the existence of the Alpha, which frees the hostages, destroys the militants, but does not fight with its own by the people. Employees of the Alpha Special Forces popularly explained to Avakov and the rest of the self-proclaimed people that they intend to work exclusively within the law, and are not going to go to the slaughter with the people of Ukraine.

Kiev seemed to break with indignation. In fact, Alpha has proven the complete professional integrity of those who today call themselves Ukrainian authorities. Kiev immediately announced that the command of Alpha could lose its titles and awards for refusing to execute the orders of the “authorities”, to which he immediately received the answer: why did Alpha not receive orders to storm the buildings of Rovno, Lviv administrations, administrative buildings in Kiev, when these buildings were captured far from civilians. Kiev, as usual, left such words without comment, for there is nothing to comment on here - any attempt at explanation will end up just blown out. In general, what is allowed to Kiev and Rivne, is not allowed to Lugansk and Donetsk - a new Ukrainian proverb. 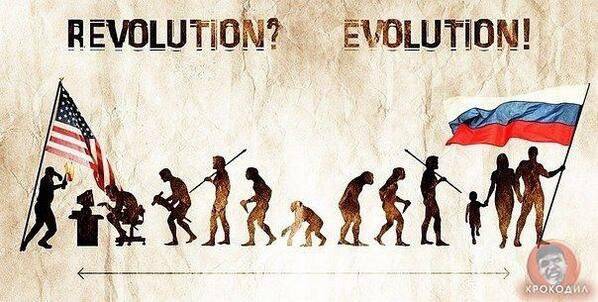 After the “Alpha” fighters refused to execute the criminal orders of Kiev, the “premier” Yatsenyuk went to the Donbass. Yatsenyuk did not go to the RSA, because he understood that he was so “All-Ukrainian Prime Minister” that when he tried to pass through the ranks of miners and metallurgists to the building of the Donetsk regional administration, some troubles could wait ...

The “Premier” from a protected place began to cheerfully broadcast that “the authorities” were ready to make literally all the concessions with regard to the southeast and other regions of the country. If you want a referendum - there will be a referendum; want a federated device - there will be a federated device; if you want Russian as the second state language, please; white top, red bottom - also yes ...

After these words, many people with open mouths looked at Mr. "Minister". And some Yatsenyuku even believed ... Thank God that not everyone ... Well, in fact, is it possible to believe a gentleman who, having thought about it, suddenly decided to build Arseny the peacemaker out of himself, supporting the main slogan of neo-Nazi svolot yesterday: promise "they “You need anything you want, but we’ll hang them ... we’ll hang them later! If Yatsenyuk decided that this slogan, expressed by Nazi Boris Filatov, was forgotten in a few weeks, then he is deeply mistaken.

Then something started from the category “restoration of the self-proclaimed solvency by the authorities”, after the fact of its absence was witnessed by Alpha.

On Saturday morning, several cars arrived at the building of the regional prosecutor's office in Donetsk with police officers. Employees entered the building and after a while “pulled out” of it to 40 people. A number of media outlets reported on the "successful assault" of the building of the Donetsk prosecutor’s office by the police and internal troops. It is presented in such a way that, as it were, the Ukrainian security forces without any labor can afford to free administrative objects occupied by supporters of federalization. That, they say, is how the Kiev “power” knows how to work — also without a single shot ...

Many of those who participate in the actions of the Donetsk citizens for the federalization of Ukraine, said that in fact - the “assault” of the building of the regional prosecutor’s office was a Kiev staging, and the people who had left it had nothing to do with the protest. Rumors spread around the city that the self-proclaimed Kiev authorities decided to use the method of introducing provocateurs into the ranks of protestors, who would “voluntarily” leave office workers (or Kiev-initiated) to leave office buildings and urge others to do the same.

Bringing the "captured" building of the Donetsk prosecutor's office to the light of God really looks like a poorly directed performance. Cadres from the scene of events that are represented by some television channels, gave reason to think about the fact that people who were leaving the building were just waiting to be taken out of there. And the cadres in whom the “anti-Maidan activists” leaving the building take themselves under each other’s hands, following the “orderly rows” even without police escort (apparently, they already know where exactly to go) in general claim to be the “worst direction” of the year"…
But the answer to the Kiev attempt to show its worth from the Donbass is the taking of the building of one of the district police departments - the Kramatorsk district department.

The buildings of the district police departments in the cities came under the control of the people's self-defense forces in Krasny Liman, Slavyansk, Enakievo, Kramatorsk, Mariupol and other settlements in the southeast.

Video of communication of local authorities with people from Krasny Liman.

The so-called Minister of Internal Affairs of Ukraine Avakov, who put the 48-hour ultimatum, went into hysterics, and on his Facebook page scrawled that all the south-eastern speeches were Russian aggression.

Avakov:
Kramatorsk (Donetsk region). Attacking. Unknown fired at the district department. Police replies. There is a shootout.
Krasny Liman (Donetsk Oblast), an attack by militants with short-range Russian-made AK 100 assault rifles - repelled by the police and city guards. AK100 with grenade launchers is only in service with the troops of the Russian Federation.
Slavyansk. Destroyed tower mob. communications are blocked by regional department of militia and SBU.
The Ukrainian authorities consider the facts of today as a manifestation of external aggression by the Russian Federation.
Urgently convened by the National Security Council of Ukraine.
The groups of forces of the Ministry of Internal Affairs and the Ministry of Defense of Ukraine IMPLEMENT THE OPERATIONAL RESPONSE PLAN.
Everyone - stop moaning and shouting to attack those who are already under attack. Do what you can in the Donbas (for Avakov “Donbas” with exactly one “s” - note “VO”) - work with people. WE WILL DO IT. MAKE YOU YOUR OWN!

“We are doing our job” ... Well, yes, well, yes ... My own ... This is after the CIA head Brennan visited Kiev, having held a number of meetings with the heads of law enforcement agencies and departments (reports Interfax), and after the command was given to conduct an "anti-terrorist" operation in Slavyansk. Blood was shed in the city, which is entirely on the conscience of the Kiev criminals, who, obviously, are not ready to stop at nothing: neither before the seizure of power, nor before the murders of their own compatriots.

On Sunday night, an urgent meeting of the National Security and Defense Council of Ukraine was convened with the invitation of the leaders of "problem" areas - this is what the southeast is called in Kiev today. The Council of National Security Council picketed the people of Kiev themselves. "Trouble-free" Kiev with visitors-advisers from the CIA ...

With such a revitalization of the southeast, the 48-hour ultimatum can be put forward to Avakov himself and all the other “gentlemen” who sat down in the Kiev offices in the wake of a coup d'état.