Do not seriously count on the stupidity of the enemy 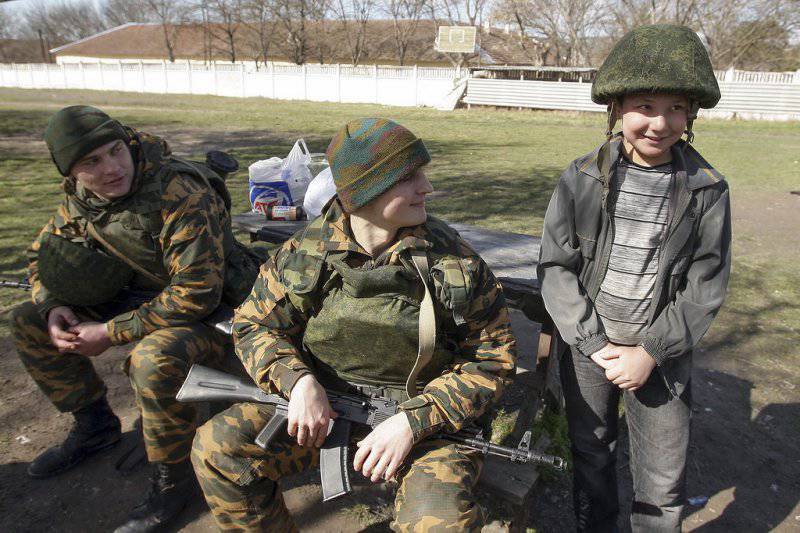 Recently, the Internet has been replete with articles on the revival of Russia and the fall of the US empire. Perhaps my article will be a little out of the trend, well, do not judge me. Fully supporting the revival of Great Russia and considering myself Russian as a matter of fact, all the same, I would venture to express an opinion different from the mainstream. We have two excellent proverbs well illustrating the main point of this article:

2. Do not share the skin of an unkilled bear.

So, what is it all about? The fact that in no case should not underestimate the enemy, let us take it as an axiom. Everyone knows that on the battlefield the best way to ambush the enemy is to imitate a retreat. The actions of the Americans and NATO are like panic at the moment, but let's assume for a moment that this is a game. It's not a secret that Rice, Power, Obama, Rassmunsen, Ashton and others are just parrots, broadcasting what they are told. Do you really believe that in the United States decisions are made by people who are poorly versed in geography and are prone to tantrums? Major decisions are made in a completely different place by people who are competent enough in matters of geopolitics. And do not expect that the degradation of education in the West has affected everyone. People who analyze the situation and make decisions receive a completely different education.

Personally, the situation with the pressure of Russia painfully reminds me of the pressure on Japan on the eve of Pearl Harbor. These measures are initially incapable of forcing Russia to change its position, but are clearly intended to provoke it into an armed conflict.

Over the years, a philistine in Russia has become accustomed to the idea that the presence of a nuclear weapons This is a guarantee of national security. In this connection, North Korea is constantly cited as an example. But only a person far from the army can think that North Korea is able to fully use nuclear weapons. South Korea’s NWO’s maximum will suffer South Korea, and nothing more. North Korea is more used by the United States as a scarecrow for Japan and South Korea, to emphasize their dependence on the United States, as well as to continuously escalate the situation in the Asia-Pacific Region to China. If the States wanted to seriously solve the problem of Korea, they would solve it according to the Libyan version. Moreover, in the light of new repressions after Kim Jong-un came to power, they should not even look for an excuse.

The second point is the widespread view that the States, trying to tear Ukraine away, did not take into account Russia's reaction. Are you seriously? After Russia behaved in a situation with Syria, the latest housewife could have foreseen such a reaction from Moscow to the situation in Ukraine, not to mention NATO military analysts.

The situation with Ukraine reminds me more of the provocation of Russia to the fighting. Given the preponderance of NATO in military power, it makes no sense for them to wait for Russia to strengthen its troops. The further, the less chance of defeating Russia in an armed conflict. Why wait for 2018 of the year when the modernization of the army is completed? It is better to provoke a conflict now, hooking it to the living. And what could be more important for Russia than Ukraine?

One and all analysts agree that time works against the West in every sense. What is the point and what to expect? Waiting for Russia's breakthrough in the Arctic, its departure from the petrodollar, the emergence of an ICBM in Cuba and Venezuela? Obviously, they are interested in the soonest confrontation with Russia, but still made up for the fight for human rights. And the role of meat in this slaughter is not allotted to Ukraine. The United States expects to push Europe with Russia, and will connect at the last stage, when both sides will be drained of blood. And it’s not even necessary to bring the situation to an exchange of nuclear strikes. After all, it is clear that the use of nuclear weapons is a gesture of despair before the complete destruction of the country. Before that, it is not necessary to bring serious economic damage and infrastructure damage enough to cast off Russia's revival for years and decades. And then you can sign the world ...

I really hope that my reasoning is only a flight of fancy, but I also hope that those who make decisions in the Russian army are far from the bloggers' childish enthusiasm and can adequately evaluate all possible scenarios and circumvent all the pitfalls of our "western partners." The biggest mistake a commander can make is to underestimate the enemy and take his cunning as weakness ...

Ctrl Enter
Noticed oshЫbku Highlight text and press. Ctrl + Enter
We are
A great interview with Sergey Lavrov: about Ukraine, Obama and IranWhat you didn't want to know about England
Military Reviewin Yandex News
Military Reviewin Google News
198 comments
Information
Dear reader, to leave comments on the publication, you must sign in.