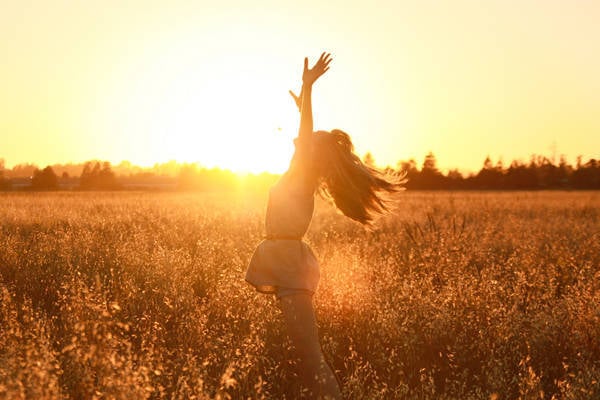 ... When, back in January of this year, the ex-People's Deputy Taras Chernovil wrote in his “Facebook” that he was tired of the word “collegiality”, people remembered that it was hereditary. His father, a former Soviet dissident, the first leader of the People’s Rukh of Ukraine, Vyacheslav Chernovil, still back at the turn of 80-90-s of the last century, proposed to create the Galician Assembly. And in which case, as part of the Lviv, Ternopil and Ivano-Frankivsk regions out of the Soviet Ukraine. But when she suddenly became independent, he changed his mind. Galicians needed a large field for Ukrainization.

Then, in order to calm down the aggressive and those who consider themselves “passionate” to come from this self-styled “Ukrainian Piedmont”, the “red directors” and repainted into the “non-socialists” kartarthokomnenklatorschiki and the nascent oligarchs gave them the entire humanitarian sphere. Then it began. Galicians Ukrainized all the rest, bringing everything to suffocating marasmus, and the rest comfortably deaned the former national property.

So they lived, turning the supposedly beloved "nenku" into a poor and incapable bastard education, the only of all the former republics of the USSR that had not reached the level of 1990 development of the year. Just over a year ago, the State Statistics Committee of Ukraine, having estimated the country's GDP in 1,4 trillion. hrn., stated: this is only 69,3% of the year’s 1990 level. And now Ukraine is rapidly falling even lower, engulfed in destructive political and economic instability.

But then, in January 2014, very few people thought that the seething “euromaidan” would go to a coup d'état. And the son of the "father of federalization" was clearly aching. And he began to spit hatred of dissidents: “In the east, there are many, many beautiful people. But they are ready not only to endure, but to love their slave owners. They do not want us to fight for their freedom, and hate us for it. Under the conditions of European Ukraine, the local youth would soon become progressive and the same as the young Kievans or Lvovs. But we don’t, and they’ll never have a European Ukraine. Therefore, the guys grow up titushki or terpilami, and for the girls a prestigious occupation will work in a strip club (take a trip to Lugansk - totally) with additional services. Students learn from high-quality professionals to idolize Putin and curse "Bandera." In the Luhansk region there may be a thousand people who clearly showed that they do not want to live like this. In Donetsk - not much more. Maybe it would be better, by selling the confiscated property of “rygov”, to provide these heroic people with conditions for settling in another Ukraine? ”

So they lived, turning the supposedly beloved "nenku" into a poor and incapable bastard education, the only of all the former republics of the USSR that had not reached the level of 1990 development of the year. Just over a year ago, the State Statistics Committee of Ukraine, having estimated the country's GDP in 1,4 trillion. UAH, stated: this is only 69,3% of the year’s 1990 level

And further Taras makes a global conclusion: “I don’t want a single state anymore. We will not change them, but they will - yes. Galicia and a couple of areas, even Putin's offer to release. Therefore, the Galicians after some time, perhaps even without war and great blood, will be freed from the scoop, titushki, Russian influence. Happily go to Europe. And only on Sunday, in the churches, they will somewhat falsely and theatrically pray for "brothers from great Ukraine" and regret for the lost state, to which another hundred years will not want to return. "
A February 22 coup d'état occurred, and Chernovil Jr. seems to have no need to worry. But now the southeast has risen. And then, finally, the Galicians got a decent response ...

... This poem has been wandering around the Internet for several hours and has conquered everyone who is somehow worried about what is happening now in Ukraine. Or at least interested and watching the events in the south-east of the country. And it really warmed the soul to those who are painfully looking for a way out of this situation. And in the southeast, the threat of a bloody "batch" is still preserved. Ukraine’s First Deputy Prime Minister Vitaly Yarema, sent to “put out the fire,” still believes that the movement for federalization is led by “terrorists” who must be punished with life imprisonment. Or at least “weigh” them with “three five-year plans” in the cell or in the zone.

And his subordinate, the ex-“commandant” of the Kiev “euromaidan” (which, as you understand, is not in vain), and. about. Interior Minister Arsen Avakov promises that his police "will respond toughly to manifestations of deliberate destabilization of the situation, violations of law and order and mass unrest throughout Ukraine and, especially in the areas where special operations are being carried out to resolve the situation and manifestations of separatism: Donetsk, Luhansk, Kharkiv" . And this is after their common head, Prime Minister Arseniy Yatsenyuk, promised the protesters in Donetsk and Dnepropetrovsk the day before that all their opinions would be heard and taken into account.
But, apparently, neither Avakov, nor his bosses do not understand and do not want to understand that a popular uprising began in the whole southeast, and not “mass riots”. And that the rebels are not any separatists, but his fellow citizens, who no longer want to obey the political, economic, spiritual and cultural dictates of the center

Over the past night, protesters seized and freed the regional prosecutor's office in Donetsk and began to sort out under their control the department of the Ministry of Internal Affairs and other administrative offices in the regional center of Slavyansk, the largest mechanical engineering center and resort of Donetsk region. They were reminded in the Ministry of Internal Affairs of Ukraine: for “riots” ogrebete from 5 to 8 years. And if, God forbid, there will be sacrifices, then from 8 to 15. And Avakov wrote on his Facebook page: “Special Forces were sent to Slavyansk.”

But the special forces did not go anywhere. The fighters of the former "Berkut" arrived at the building of the Donetsk regional police department, blocked by supporters of federalization, for negotiations. Having tied St. George ribbons, the police stated that they supported the demands of the protesters and refused to obey their command. “We will not disperse civilians, because we do not want to be treated as if on the Maidan. We will not obey Kiev, because we do not understand who is legitimate there, ”said one of the fighters to the crowd. The crowd met these words with applause and chanting: “Golden Eagle! Russia!".

But, apparently, neither Avakov, nor his bosses do not understand and do not want to understand that a popular uprising began in the whole southeast, and not “mass riots”. And that the rebels are not any separatists, but his fellow citizens who no longer want to obey the political, economic, spiritual and cultural dictatorship of the center, caught up in mentally alien to the southeast, aggressive and uncompromising people from Galicia (Galicia).

That's about it and the poem. It completely falls into the already forgotten outline of the Soviet times “two worlds - two ways of life”:

Galicia, listen, let's divorce!
No noise, no blood, and a public scuffle,
Why do we need a mess and battered faces?
Let's break up, like people, decently.

I fed you a long time, I didn’t stink,
The budget was filled from year to year,
And you were fond of idleness Maidan,
Calling me "slave" and "freak."

You glance at the West,
You know, my dear Belarus and Russia.
Let's break up. That's better. So it is necessary.
Like Czechs, Slovaks are easy and beautiful.

Poland has been waiting for you for a long time
Here it is about fascism and tell in detail,
And in the center of Brussels mess and rowdy
Arrange. I am sure that Europe will appreciate it.

Galicia, listen, let's divorce!
It's time has come. Summing up.
You-on the Maidan free hang out.
And my job. Your Southeast ...

It seems that today the anthem is the call of the whole Ukrainian south-east. On U-Tube, enthusiasts and activists have already recorded it visually:

And here's a confirmation or, as they say in Odessa, a big difference between “on you” and “I will give you”. The coup d'état in Kiev, who came from Galicia worked for other people's money and want to continue to live on handouts. They, changing aggressive patriotism on a very real bribe, simply cannot do otherwise. They are sure that all of them owe something, since they so zealously love “nenku”. This is the essence of the money raised on other people's money and on someone else’s order (to split the Eastern Slavs and part of its “sharpen” against Russia) Ukrainians. "Professional Ukrainians" from "euromaidan" are sure: they are obliged to pay everything. For Russophobia and "loyalty to the European course." Or for the same at least not to demand repayment of debts.

If the residents of the southeast do not ask for anything from anyone, they only seek that they do not interfere with work for themselves and their families, do not take what they have earned and do not feed any freeloaders and paid patriots-European integrators, then Galicians have a different point of view. On the eve of it, the leader of the Freedom party and the candidate for presidency of Ukraine Oleg Tyagnybok expressed it directly, saying on the air of one of the Ukrainian TV channels that the West should forgive Ukraine’s debts. “I believe that it is necessary to take advantage of the positive attitude of the international community towards Ukraine and ask them not only to restructure these debts, but also to talk about writing off these debts, as they once wrote off debts for Poland and Greece,” he said.

And about the “debts of Russia”, allegedly, in the opinion of the patriots, “300 years occupied Ukraine”, in Galicia do not even argue and do not want to talk. They are sure: they must feed, give cheap gas, and that’s it!

It is known that the author of the poems is Nadezhda Nadnik. No further information about it. But on the VKontakte network, on the page owned by a girl with that name, there is her wonderful photo (it is above), there is a wonderful link to the same topic - an 92-year-old Kiev woman’s conversation with an office hamster and a young mob who came to see how other militants trash the central office of the Communist Party of Ukraine in Kiev.

And even if Nadia Nadnik from VKontakte is not the author of the poem, she thinks in tune. And they are not alone. Under the recording in Yu-Tube there is a record of some Olga Prokopenko: “Silly self-confidence thinks of itself as something significant and convinces itself that, having entered the fight with wisdom, it will be stronger. It always looks pathetic, because wisdom does not think about a fight, truth is important to it. And arrogance, derived from ignorance, is by no means "stronger." She is just more stupid, and only "...

And it is hardly worth adding anything here.