April 14 2014
150
The declared Ukrainian “dislike” in relation to everything Russian has become a kind of basis for the policy of the new ukroformate. If some time ago such a “dislike” lurked in the cellars and marshes of western Ukraine and broke through only through “touched” politicians ineptly imitating patriotic feelings, then today it is becoming the “general line” of the ruling class. Although by whom exactly this “class” of political and economic losers (God forbid repetitioners ...) is going to rule, and in which particular direction to realize their far-reaching fantasies? - the majority of Ukrainian citizens cannot understand, that is, those for whom allegedly all these “democratic” transformations are being carried out. 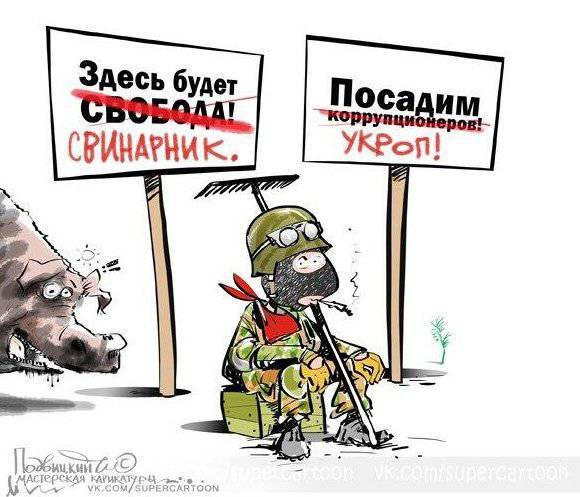 Russia: So you didn't pay $ 268 either ... Save up debts then at a contract price. Hey, Europe, if that - look for your gas in Ukrainian storage facilities ...

Russia: Oops! So you not only listen to other people's conversations, you also read other people's letters. Not good, sir! And about the discounts ... So there is no agreement on navy - no discounts. No payment for gas consumed - no discounts. Learn the materiel. It is the text of an agreement signed with Tymoshenko in 2009, which you can steal in the form of attachments to letters you have already opened.

Communication in this spirit led to the fact that at the Washington G20 summit, to which some, excuse me, shell-shocked did not want to let the Russian delegation, the Russian Finance Minister gave a response to Ukraine - in which case, despite its “dislike” of the Russian Federation, it can still get help from the Russian Federation.
Honestly, when Siluanov only uttered the phrase “possible Russian assistance to Ukraine,” it seemed that there were too many officials in our government who had not been able to do in childhood. However, later the head of the Russian financial department, specifying the terms of assistance, made it clear that, at least, the current "tyatkin work" for him is not in vain ...

So, Anton Siluanov formulated four conditions for the “official” Kiev, the fulfillment of which can lead to the fact that ukrovlasti is expected with complete desire. Here are the conditions.

After all, it is not at all clear what constitution modern Ukraine lives by. There are two presidents, in May there can be three altogether: Yanukovych, the newly elected one of the 23's, and in the appendage also the acting “self-president” - Mr. Turchinov. The power is appointed from across the ocean through entertainment in the style of “Maidan - for!” The Constitutional Court, which is designed to monitor the implementation of constitutional norms, does not actually work, because there are no norms — there is no work.

Second: to form a government so that it was, quote: "with whom to negotiate."

Actually there is no agreement with anyone. Today’s gathering, which calls itself the Ukrainian government, not only cannot be the subject of negotiations on the most important issues for the state, but cannot be perceived by the government as such, since its approval was held by the “left hind leg” of those who did not and did not have any legitimacy . Maybe it can only rant before Ukrainians and those who sympathize with their beloved overseas about what “intrigues” Russia is building for him, and how it “skillfully overcomes” these intrigues and thorns.

Legitimization of the situation in Crimea (this is an excerpt from the statement of Siluanov) and the peaceful settlement of all the processes in the south-east of Ukraine. That is, a talk about any kind of help will be conducted only when Kiev stops falling into hysterics about the fact that it did not originally belong to and does not belong today, and when the situation in Donetsk, in Lugansk, Odessa in other cities in the south and south-east of Ukraine is normalized taking into account the views of local residents.

Conduct legitimate presidential elections. Russia, in fact, makes it clear that it is quite ready to consider the election of 25 in May of 2014 in Ukraine as legitimate if they do not turn into another attempt to violate the fundamental rights of the peoples of Ukraine.

Neither of which legitimacy will be discussed if the presidential elections are held in the same way as the “introduction to power” of the current pseudo ministers took place - with maydanirovanii, thugs with Molotov cocktails and firearms, with the suppression of alternative opinion not without the help of fists, fittings , bullets and wild screams in the compartment style for the wildly crazed. But, it seems, without maydaniyu, Kiev already simply does not know how to build political life. The firewood on the Maidan did not burn, did not speak about the “atomic executions” of the Russians, did not jump higher than everyone else - the elections are lost.

Conditions are outlined, signals are given. Is today's Ukraine ready to follow such signals? There is an opinion that no. Not for this, the “maydanists” came to power with the explicit help of Western sponsors in order to take and follow Russia's proposals. They themselves, of course, are well aware that the proposals are constructive, and that for them you can get both saving discounts on gas and loans with sparing interest. But they were collected from the most diverse dusty corners of the Ukrainian political reality in order to do everything not to go closer to Russia. This “power” will, excuse me, eat shit (or rather feed the people), but only to “spite of Russia”.

Siluanov would have put the fifth condition in the form: we don’t want a black one to be president - would find a black man, register as the 24 candidate, and 25 in May would win the first presidential election in Ukraine ... But why look for? The dark-skinned “president” of today's Ukraine has already been found and has been fulfilling his duties for a long time, being far beyond its borders — he will send the rolls, then the others will open letters ... Without his knowledge, Yatsenyuk cannot blink an eye ... 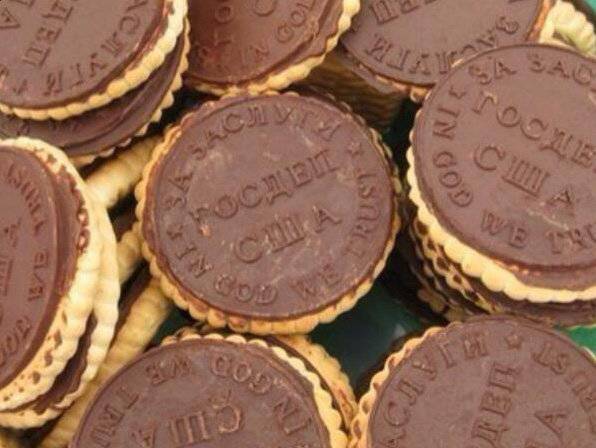 Well, the fact that Russia has finally begun to put forward conditions is certainly correct. After all, while we just, as they say, beat the tails, trying to answer all those insanities that the current ukrovlast gives birth. It is time to move on to pre-emption: if you want to make marasmus the state policy of Ukraine, do it, but only in this case, look for economic support among such idiocy as you yourself if you find it.

In the end, those who want to be at the Ukrainian imperious steering should initially be taught the simple rule: you should learn to take into account the interests of your own people, and not to call the interests of the people that the black “president” sees.

Ctrl Enter
Noticed oshЫbku Highlight text and press. Ctrl + Enter
We are
Dmitry Medvedev. Russia and Ukraine: life under the new rulesResults of the week. "Who will be the last to leave the composition of Ukraine is also debts!"
Military Reviewin Yandex News
Military Reviewin Google News
150 comments
Information
Dear reader, to leave comments on the publication, you must sign in.