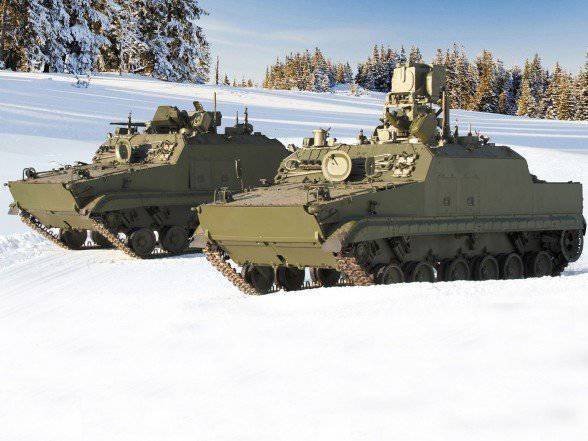 Automated control systems provide the implementation of complex tasks arising in the management of troops and fire weapons. At the Penza plant Radiozavod, for many years they have been creating similar special-purpose equipment, including a unified command and control artillery vehicle (product 1В172-2).

Artillery was and remains one of the main attack tools of the armed forces. No wonder it is often called the “god of war”, and today this technology accounts for up to 70 percent of fire destruction tasks. Any modern system of artillery armament is capable of performing the tasks of fire destruction of targets only under the condition of automation of management processes.

For more than 30 years, the automated control systems created at the Penza-based Radiozavod enterprise have ensured the effective fulfillment of complex troop control tasks and weapons.

One of these systems is the unified command and observation (command and staff) artillery machine. The system called "Product 1В172-2" was created in order to automate the management of fire and combat operations of the artillery division. It is intended for use with in-house and maintenance reconnaissance equipment during planning, preparation, and during combat, including as part of heterogeneous groups. Provides management of artillery reconnaissance and interaction with the general arms units. 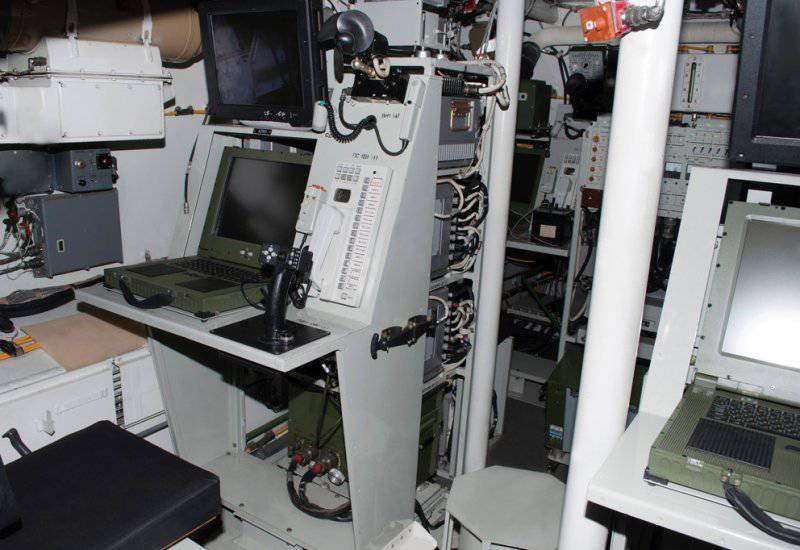 The unified machine provides a solution to a large list of tasks:
- control of the battalion (battery) at all stages of the preparation and conduct of hostilities;
- processing and displaying input and output data, instructions, commands, reports, reports, results of solving problems and information processed by PC;
- data transmission, external and internal communication via radio and wired channels;
- automated maintenance of the work card and other combat documents;
- Reception from servicing technical means of reconnaissance and data processing by targets;
- observation of the battlefield, reconnaissance in day and night conditions with built-in and remote optical-electronic means;
- orientation and topographic location of fire means;
- determination of meteorological and ballistic shooting conditions;
- driving columns on the march and when moving.

The high survivability of this machine on the battlefield is ensured by the built-in complex of individual protection against precision weapons and the presence of remotely controlled machine gun weapons. Also to protect KMN used means of masking and shelter.

Technical and software tools of the unified machine have a flexible modular structure, which allows you to adapt each configuration to the various tasks of managing artillery units.

The command and observation system is informationally and technically fully compatible with the artillery control subsystem of the ESU TZ. The system is not inferior in its characteristics, and even surpasses world analogues in the field of organizing information exchange and the functionality of automated workplaces of officials.

Special software has been created for the effective management of artillery units by maximizing the combat capabilities of full-time and modernized artillery systems.

The use of a unified command and observation machine 1B172-2 significantly increases the efficiency and stability of the management of artillery units. KMN also helps officials optimally make serious decisions.

Radiozavod is one of the leading instrument-making enterprises in Russia. Included in the holding company "Roselectronika".

“Roselectronika” unites enterprises of the electronic industry, specializing in the development and production of electronic component base, electronic products, electronic materials and equipment for their manufacture, as well as microwave equipment and semiconductor devices. It is part of Rostec State Corporation.

Ctrl Enter
Noticed oshЫbku Highlight text and press. Ctrl + Enter
We are
Is the "old" well forgotten to become the "new"? Part-2. At the call of honor and dutyAccuracy - the politeness of kings. Unified system of fire control samples of armored vehicles
Military Reviewin Yandex News
Military Reviewin Google News
36 comments
Information
Dear reader, to leave comments on the publication, you must sign in.