Do not become a "conveyor belt of war" 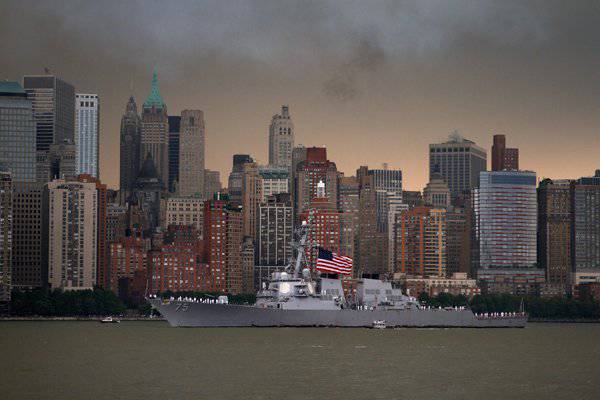 Until the Second World War, the United States kept away from the “alliances that lead us into something,” as George Washington put it. America defended in a special way - simply did not intervene in conflicts in the Old World. But during the Second World War and the Cold War, the United States changed course, fearing the domination of hostile powers in Eurasia. This opinion was expressed in his article by Forbes columnist Doug Bendow.

Today, according to the author, Washington does not need to either defend Ukraine or expand NATO. His position - for the defense of Europe, let Europe itself be responsible. After the collapse of the communist regimes, the threat to the “old Europe” evaporated, Bendou believes, and the remaining threats to the US allies could cope on their own.

“However, American politicians turned US alliances into a goal instead of a means — they began to look for a new purpose for old organizations. NATO joined the EU in efforts to strengthen ties between the former communist regimes and the West. in conflicts that did not carry a serious threat to any of its members, "the article says.

The reception of the former Warsaw Pact countries has radically transformed NATO: the alliance has expanded territorially in a region that is very important for Russia.

But, according to the Forbes columnist, "the United States did not have reasons for its security to take the risk of war in order to protect the countries over which Moscow had dominated for a long time."

Even worse, many embryos of future conflicts have arisen in many of these countries. With the end of the Cold War, Moscow's apparent conflicts with traditional Western opponents ceased. "On the contrary, its former allies had common borders with Russia and ethnic Russians as part of its population, they interpreted differently historical experience directly affected the security of Russia, "Bendow points out. However, Washington carelessly invited a dozen new members to NATO, treating the" membership cards of the alliance "as sweets that are given to guests in hotels, the author believes.

NATO even made a promise to accept Georgia and Ukraine, but the Europeans were wary of this idea, fearing political problems in the domestic political arena and in relations with Moscow.

And what to do now, when, after the invasion of the Crimea, there are calls for intervention by the United States and other NATO countries? In March, the alliance ordered to plan measures to strengthen Eastern European members, the article says.

NATO Secretary General Rasmussen said that the alliance "will intensify military cooperation with Ukraine", including help with the modernization of its army. Washington announced that annual military exercises would be held in Ukraine in July under his leadership. Some American politicians and experts recommend supplying Ukraine weaponsand analyst Stephen Metz - to prepare Ukraine and other non-NATO countries for a guerrilla war with Russian forces.

There are a lot of proposals to expand NATO, the author continues. Senators McCain and Graham suggested expanding cooperation and support in relations with "Ukraine, Georgia, Moldova and other non-NATO partners", as well as admitting Georgia and Moldova to the alliance. It is proposed to admit into Ukraine Ukraine, Finland, Sweden, Macedonia, Montenegro, etc.

Another idea is to increase defense budgets (as far back as March, Obama called on all NATO members to “take over their part of the burden”).

The author comments: in practice in NATO, "Europeans still travel to the hump of the United States - if not for free, then for cheap, and have no reason to change their policies while Washington showers them with assurances, ensuring their safety." Over the past 20 years, the US defense budget has grown by 37%, and the collective spending of the remaining 27 NATO members has declined by 3,4%. At the same time, Europe still has a tremendous superiority over Russia: in 2012, 27 of the European countries of NATO spent 319 billion on their armed forces, while Moscow - 91 billion. It is believed that NATO's role is to contain potential conflicts. But the author of the article warns: history is replete with examples when alliances did not prevent conflicts, but, on the contrary, turned into "conveyors of war" (World War I, World War II, and even the Peloponnesian War).