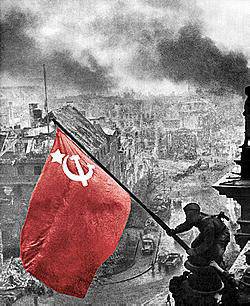 This will be the next weekend, which will be held under the sign of the rebellious southeast. Avakov's ultimatum (48 hours to voluntarily surrender to the rebels who seized the administrative buildings of the RSA and the SBU) was a manifestation of the powerlessness of temporary power. Nobody is going to give up. Attempts to pull down in Donetsk and Lugansk military units, collapsing in front of the constantly growing combat readiness, clearly demonstrated a mess in the army. The locals were busy catching military columns consisting of antique equipment, blocking their passage, and at night they caught on the Australian special forces.


The special forces refused to go on the assault, because the prospect of gaining the dubious fame of the “defenders of the temporary regime” did not inspire anyone. Even for bonuses, who tried to distribute Avakov and Parubiy with a generous hand. I don’t know for sure if there are foreign mercenaries in Lugansk and Donetsk. Some suspicious chela was caught by boys in Kharkov, but in the heat of the moment they finished it in such a way that it is not clear in which language it wheezed. In Odessa, the city went to a demonstration dedicated to the 70th anniversary of the liberation from the Nazi invaders, and no “pravoseki” could not stop people. The authorities were frightened to see a more than visual rehearsal of the May uprising. In Donetsk, an urgent man flew, playing the role of prime minister. Arseny was waiting there for a hard bummer. He prudently avoided places where a relatively fresh egg could get into it, so he preferred to perform in enclosed spaces. This is called "meeting with the assets of the city." Yaytsenyuk sank to the point that he promised to allow residents of the southeast to speak Russian. He did it through his teeth and with such a mine, as if he had been given a bucket enema in extremely sensitive places of the premier's body. As a result, someone in the hall sent him in the ass. In general, the meeting was held in a warm and constructive atmosphere.

The BYuT Minister of Social Policy, which everyone unanimously dubbed the “bitch painted”, avidly promised unprecedented amounts of social benefits, increased pensions and the creation of new jobs. This was already a frank mockery, because the dollar had broken the mark in 13 UAH, and the NERC had pushed gas prices to incredible heights, inaccessible to industry and the simple consumer. Attempts with the help of fairy tales designed for young Dalpapans, as well as residents of Galicia, to suppress the wave of protest failed. I will not say that with a bang, but under the friendly mate. Southeast is very short, but, bitch, just expresses her thoughts. Where it takes two or three hours for a Galician to describe his complex inner world, which is under the constant yoke of Russian invaders, a Yu-V resident needs literally two words, one of which is the preposition "on." It was precisely this that was offered to Arseny Petrovich, who tried himself for the role of suppressor of the insurgent southeast.

He would be happy to hide in a cozy mink to broadcast about billions of US dollars that are brought to Ukraine from all over the world, but cannot. The American embassy set a clear task: to immediately eliminate the center of separatism, so that at the upcoming talks in the EU-US-Russia-Ukraine format, Russia would not have the opportunity to declare that Kiev does not control the situation in the country. Therefore, the "pravoseks" were sent to Odessa, and Yaytsenyuk - to Donetsk. “The authorities know the recipe for getting out of the socio-economic crisis, we just need to tell people that today, yes, it’s difficult, but tomorrow we know how to provide jobs, how to raise wages, how to attract investors, how to give more authority, how to do it so that people are happy with life, ”said Arseny. “Fairy Dalpaep,” everyone thought.

Yatsenyuk tactfully decided not to visit the Donetsk regional administration, because the unstoppable intelligence service reported that the situation was not easy and they could ping the scoreboard. SBU, as we know, is not childishly in bed. Not only was the age of Russian saboteurs exposed by the esbeushniki rapidly approaching the kindergarten, they also began to withdraw large sums of money from the FSB emissaries. As many as 35 rubles were found from a seasoned spy who tried to smuggle five (!) Mobile phones and 23 SIM cards into the country to commit arson and mockery of top officials. It was a real special operation with an ambush, a train stop, a real helicopter and a service dog, Alla, who managed to smell those same 35 rubles sewn under the lining. Russian sabotage and reconnaissance groups are suffering heavy losses every day. They, bitch, are trying to destabilize the situation, however, the SBU does not sleep and every day catches them with a spy hand, stained with the blood of the participants of “euromaidan”. By May 1, the head of the special service, Valentin Nalyvaychenko, promises to catch a jubilee, thousandth spy of the Russian Federation. On this occasion, a small buffet for the elite will be arranged at the American Embassy.

But back to Arseny, who tried to conquer the southeast with his Maidan eloquence. After he was sent in a direction well-known to all racially correct patriots, the situation in the country will develop at an accelerated pace. I think Andrei Paruby is wrong, who exposed Putin’s next plan: to organize an uprising in Ukraine by May 9. Events unfold much more rapidly. Thanks to the United States, which turned out to be so stupid that they offered Russia to finance the entire mess that they diligently organized in Kiev. Spent on cookies, and now they are trying to beat off the loot. As a result, even to the most stupid realized that life was not fun. The visa-free regime with the EU, according to Turchinov, is getting closer, however, with the course of the 18 UAH. for 1 euros to go admire the charms of a friendly family of people who want to become less and less. Travel agencies are experiencing an extraordinary boom associated with a lack of customers. Accord, a Lviv-based firm specializing in low-cost bus tours to the EU, suddenly turned out to be bankrupt. Nobody goes to Europe, because no matter what. It would seem: Is such a trifle as the fall of the dollar and the euro can discourage the innate desire of Ukrainians to return to the family of European nations? It turns out, even as you can.

Therefore, for the weekend, we traditionally expect further seizure of administrative buildings in the south and in the east of the country. In Odessa, a battle with the “pravosekami” is expected, and in Kharkov there will be an international marathon, which will be headed by Arsen Avakov under the approving shouts of the crowd: “Run, Arsen, run!”. Moreover, protests against the rapid decline in living standards will take place in the capital. Office hamsters did not get the “cabbage” for the month of March and are now shocked by the perfidy of temporary power, for which they tore their weak, racially-correct ... bodies. Avtomaydan does not receive ball gasoline. Moreover, a man with an ear cut off by Russian special forces, the only minister in the world who was brutal in a Russian bath with a Russian accent, was told that he has nothing in common with Avtomaydan. Yes, I had a rest with friends-kiters in the Dominican Republic during the execution of the Maidan, but you can put all these rotten presentations about the misuse of public funds in your ear. I'm thinking: who are the kiters? Is this the new slang name for sexual minorities?