Military robots will be tested at the Kapustin Yar training ground 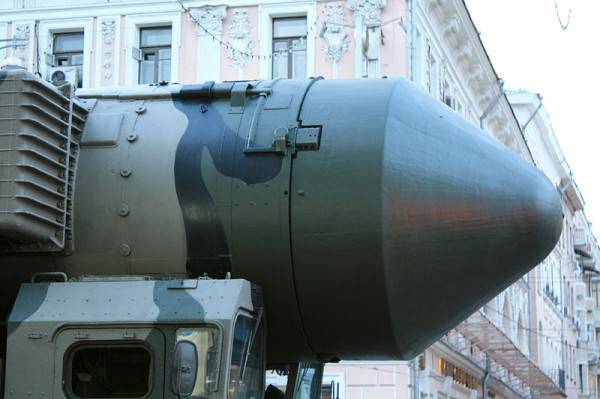 The Ministry of Defense opened the veil of secrecy over the testing of new types of weapons and military equipment, which this year will be held at the state central interspecific Kapustin Yar training range.


Of course, the generals do not fit into the details of the experienced launches, firing and testing of secret military equipment. However, it is known that in the field trials in the Astrakhan region they in total will take out more than 80 samples of modern weaponsmade as part of 180 scientific, experimental and design work.

In addition to the new shock and defense complexes, the priority projects included generals related to the reliable protection of military facilities and arsenals from reconnaissance equipment and high-precision weapon guidance systems. The unique capabilities of the Kapustin Yar test site make it possible not only to test this farm in action, but also to conduct a deep and comprehensive analysis of the combat effectiveness of defense innovations. Moreover, according to experts, the Astrakhan site will become an experimental base for testing robotic systems.

Several years ago, the command of the Strategic Missile Forces made a big bet on "Kapustin Yar". From 2011 there is a modernization of the polygon measuring complex. Through the line of "strategists" he is involved in flight tests and training launches of intercontinental ballistic missiles, as well as under the program of extending the service life of ground-based strategic complexes on combat duty. In order to have an exhaustive picture of how a nuclear weapon and its carrier behave at all stages of the flight and are controlled from the ground, from last year they began to install unique instrumentation and measurement equipment at the test site near Astrakhan. There, in particular, appeared mobile optical - electronic stations of trajectory measurements "Veresk", antenna systems for receiving telemetric information, a complex of means for collecting and reporting of the telemetric complex "ROKS-K", a unified time system, radar stations "Kama-N", telemetric small-sized receiving and recording stations, optoelectronic photo registration stations such as the Fed, Kunits-TM direction finder radiometers and other test equipment. According to Colonel Igor Yegorov from the headquarters of the Strategic Missile Forces, next year the deep modernization of the test site complex should be completed, and it will switch to automatic operation.

During tests in Kapustin Yar, no missile, of course, carries a nuclear charge. Specialists will mainly check how the air behaves in the air and how accurately its new simulator fits into the target on the ground. Externally, it is an exact replica of the warhead. In terms of shape, weight, and, in many respects, the equipment put in there, it is the complete identity of real ammunition.

The carrier at such starts also holds the exam. Its operational life is constantly extended. For example, now at "Topol" it reaches a quarter of a century.

When the rocket's resource is nearing completion, it is either removed from combat duty, or taken from warehouses and sent to a “test shooting” in Kapustin Yar or to the cosmodrome in Plesetsk. The choice depends on the task of the designers and generals. If they need to check the effectiveness of the entire ammunition, it is launched along a long route - from Plesetsk to the Kamchatka test site Kura. But when it comes to testing a new warhead, the Astrakhan site is best suited for this purpose. The flight of a rocket from Kapustin Yar to the Kazakhstani test site Sary-Shagan takes very little time. And this is important in terms of the secrecy of testing new weapons. We are obliged to warn the United States of all such launches in advance, and the Americans never miss an opportunity to spy on our "strategists" using space satellites.

In Kapustin Yar they test armament and military equipment of the Strategic Missile Forces, air defense of the Air Force, Air Defense of the Ground Forces and Missile Forces and artillery. The site specialists are involved in the creation of a new arsenal at the main stages of its life cycle - from reviewing draft designs and technical projects, developing test programs and methods to evaluating sample characteristics and the effectiveness of their combat use.

Last year, more than 30 samples of weapons and military equipment were tested at Kapustin Yar. To this end, about 330 missile launches, targets and missiles were carried out.

Ctrl Enter
Noticed oshЫbku Highlight text and press. Ctrl + Enter
We are
The next wave: race to the wars of robotsAt the Kapustin Yar test site in 2012, they plan to test around 70 weapons models
Military Reviewin Yandex News
Military Reviewin Google News
11 comments
Information
Dear reader, to leave comments on the publication, you must sign in.