Source: NATO is increasing its presence in the Black Sea 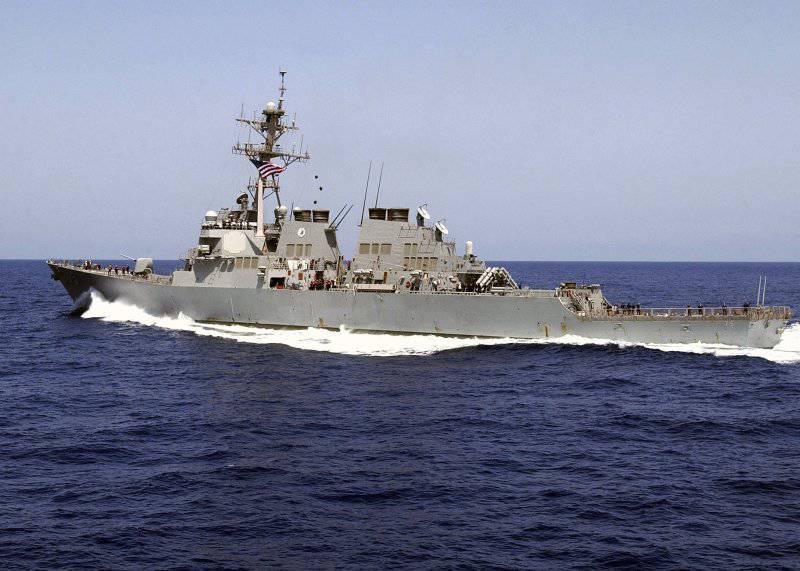 NATO is rapidly increasing its naval presence in the Black Sea region, a source at the Russian Ministry of Defense said.


“Just in the Black Sea entered the US Navy destroyer Donald Cook with the Aegis anti-missile system on board. According to reports, the 11 of April will be joined by the large reconnaissance ship Dupuy de Lome (French Navy - approx. LOOK). There is also information that, presumably, on April 14, the French Navy's Duplex destroyer will enter the Black Sea, ”an ITAR-TASS source informed.

“Thus, taking into account the fact that the French Navy’s rescue ship Alizé has been stationed in the south-western part of the Black Sea since the end of March, a naval group of NATO is being created in the Black Sea basin near the Russian border for the first time since 2008,” he noted. .

“The NATO members have ceased to cast a shadow on the fence, claiming that their warship calls into the Black Sea are planned. Now they openly declare that these visits are directly related to the events in Ukraine, ”a source in the Russian military added.

He explained that NATO, directing ships to the Black Sea, pursues several goals at once. “One of them is the provision of moral support to the authorities in Kiev, the other is a demonstration of power against Russia in order to contain it. The third goal is to collect intelligence on the activities of the Russian military command in the Crimea and other regions of Russia bordering on Ukraine, including the conduct of radio and radio intelligence against our Armed Forces, ”the source said.

According to him, the notice of the entry of their ships into the Black Sea, the United States and France, according to the Montreux Convention, were sent to the Turkish side in advance. He recalled that the current approach of the American ship to the Black Sea is already the fourth since February of this year.

# {weapon} “During the current Black Sea activation, Donald Cook may visit the ports of Turkey and Romania. It is not yet known whether he will come to the Ukrainian port of Odessa in order to demonstrate the support of the current leadership in Kiev by the United States, ”a source said.

He emphasized that the Russian military authorities regard the appearance in the Black Sea of ​​an American warship with the Aegis antimissile system as the US desire to “bring the maritime component of its missile defense system as close as possible to Russia”.

“Taking into account the fact that the installation of missile defense elements on the land territory of the European allies of the United States, in particular Romania, is a long process, the Americans took the line to increase the intensity of their warships with an anti-missile system into the Black Sea, the source said. - Starting from February of this year, the US Navy ships have been in the Black Sea on a regular periodic basis. Instead of one American ship that left the Black Sea, another immediately appears, or even several. It is possible that this practice will be applied to destroyers with the Aegis PRO system.

As stated earlier in the US Navy, Donald Cook will have to "ensure the security of NATO allies and stability in the region, as well as take part in humanitarian operations and international exercises."

Donald Cook will be the second American destroyer to enter the Black Sea lately. Earlier, White House spokesman Josh Ernest reported that the United States extended the length of stay in the Black Sea of ​​the destroyer Truxtun already there and plan to send additional resources there.

Destroyer Donald Cook with guided missile weapons, based in Spain, belongs to the Arleigh Burke destroyer class. It is equipped with the Aegis air defense system with antimissiles and Tomahawk cruise missiles.

Earlier, Russian Foreign Minister Sergei Lavrov said that Moscow drew the attention of Washington and Ankara to the fact that the presence of American ships in the Black Sea often exceeded the terms established by an international convention.

According to the minister, the Montreux Convention introduces absolutely clear criteria limiting the presence of naval vessels of foreign non-Black Sea states in the Black Sea both in terms of tonnage and duration of stay.

In turn, Pentagon spokesman Eileen Lynez has denied Russia's accusations of violating the Montreux Convention, saying that the US Navy is acting there in accordance with international law.