General Staff of the Russian Federation: Pictures of NATO with allegedly Russian troops near the border of Ukraine were made in 2013

Satellite images of NATO, which allegedly depict Russian troops concentrated on the Ukrainian border, were taken in August last year 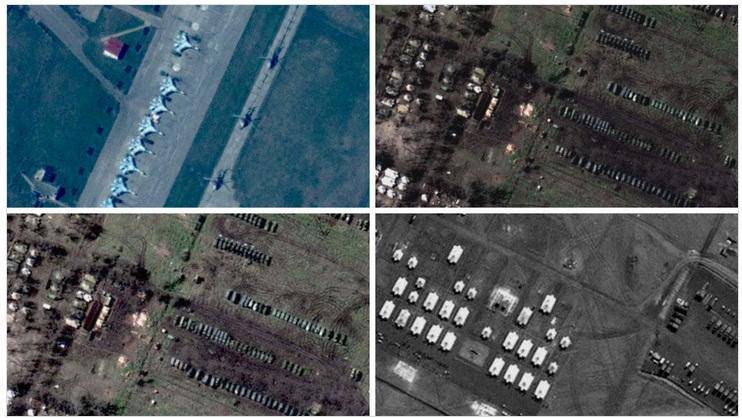 This statement was made by the General Staff of Russia, reports RIA News. As the agency’s high-ranking official told the agency, these pictures show the units of the Russian troops of the Southern Military District, who conducted exercises last summer, including near the borders with Ukraine.

Recall, today, the NATO military command has published on its website and sent to the media satellite images, which, according to his information, depict Russian military formations near the Ukrainian border. According to the captions to the pictures, they allegedly depict fighters and helicopters at the airfield of Primorsko-Akhtarsk, a brigade of air or special forces in Yelsk, armored vehicles in the Kuzminki area, an artillery battalion near Novocherkassk and helicopters near Belgorod.