Evil guys, give me money! 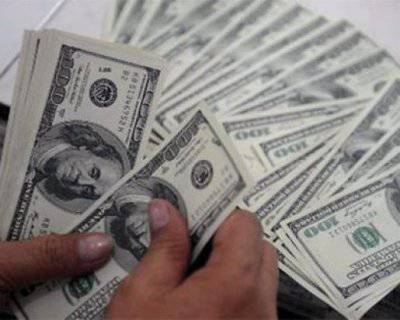 Lovely история going on in Ukraine. The history of the formation of an independent state is again relevant, as 23 a year ago. It's great that stability comes. When secession from the USSR, Ukraine, which was at that time at the 2-3 place in terms of the level of development of the economy and infrastructure, is still in the same place.


Only this time from the end of the list.

And today, the new Ukrainian leadership, left with bare ass in anticipation of manna from the United States and the EU, turned to the only country who can help and whom it is (the leadership of the Great Free, Independent Ukraine, which has no sovok slaves and Putin's aunts). rinsed and continues to do so at all levels - from the media to the US State Department.

What is it like? Not only did Ukraine pay for gas from the Russian Federation with a loan from the Russian Federation, which last time received 3 billion dollars in the amount, and through the mouth of the Minister Prodan declared that “we are in the calculation”, so now it is offered to the bloodthirsty neighbor, whose invasion is expected daily and nightly give credit to our country still in 3 billion?

"This is wonderful, I swear to God." - spoke in that case the immortal professor Preobrazhensky.

I will even say more - Russia will most likely give money. Because it is cheaper to support Ukraine now financially than to get total poverty on its border and constant unrest and problems in connection with this.

And what is the help of that world-preoccupied power, with whose supply and under whose sensitive guidance the "revolution" took place with impressive results, the United States of America? Help is serious. In addition to dry rations and guarantees that Ukraine will receive loans from the IMF, if the country fulfills all its disastrous economic requirements, the US helps again organizationally. Everything should be under control.

"Changes in Ukrainian society have shown the need for cooperation (BP and the US embassy in Ukraine - auth.). Effective control over the activities of the legislature, closer communication between voters and the Verkhovna Rada, creating conditions for citizens' requests to be reflected in legislative initiatives - all this will be provided as part of a joint project with the United States Agency for International Development.This is the project “Responsible, Accountable, and Democratic Parliament” - RADA ”- said today in BP deputy. speaker Koshulinsky.

That is, today the entire legal framework and the method of its adoption will be coordinated with the leadership of the United States. Charming, isn't it?

And let Russia give us the money, which is declared the world aggressor and the enemy of the civilized world. This is our Ukrainian tradition. Because the States and the EU will not give, knowing perfectly well that this power is illegal and illegitimate; and it is unknown how long she can hold out. The Maidan was used and merged - in human terms, and there will be no money before the elections. If there are no elections, which is quite likely due to the ongoing unrest in the Southeast, there will be no money at all.

We beat records and are approaching to take all the prizes in the list of winners of the Darwin Prize. So Panova Maydauny, continue to grow radishes on the Maidan, stock up with wood and tires and do not go far. If Russia does not help us - "maydanit" - will be your only and main occupation for many long, long months. And even years.

Ctrl Enter
Noticed oshЫbku Highlight text and press. Ctrl + Enter
We are
What you didn't want to know about EnglandWhat we lost
Military Reviewin Yandex News
Military Reviewin Google News
134 comments
Information
Dear reader, to leave comments on the publication, you must sign in.