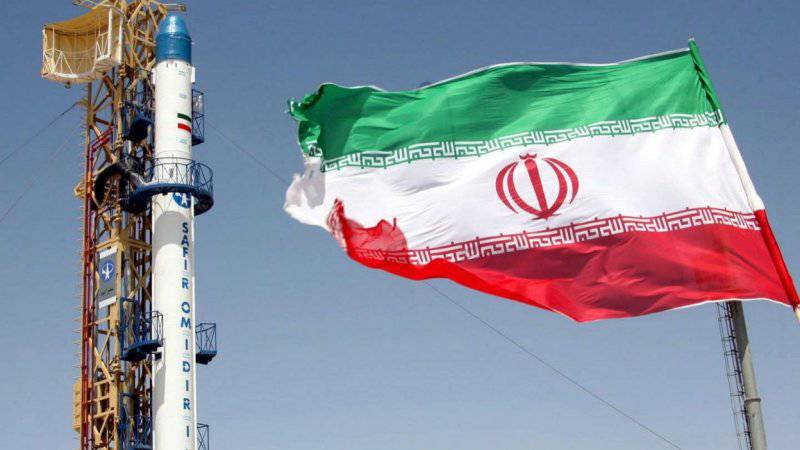 In the conditions of the intensified aggression of the West, Russia's priorities in foreign policy shifted: relations and trade relations with the European Union and the United States should be in the background. Russia now has new partners - strong and independent regional players, most of which are dynamically developing countries in Asia. One of the most important allies of the new Russia is Iran, which can become a reliable pillar of Russian diplomacy in the Middle East.

From energy to politics

Moscow and Tehran are close to signing several key agreements in the energy and economic spheres. In particular, an agreement will be concluded on the supply of Russian goods to Iran in exchange for Iranian oil. The contract value is 20 billion dollars. In accordance with the agreement, about two thousand barrels of “black gold” will be shipped to Russia daily for two or three years.

The documents necessary for signing the contract are almost ready. It remains only to find a compromise solution on the issue of the price of raw materials. The contract for the purchase of Iranian oil is important to both parties. Iran is required to sell "black gold" bypassing the trade embargo imposed by Western countries, and Russia wants to weaken the dollar's position in the international payments system.

But energy cooperation is not limited to re-exporting Iranian oil. Iran intends to strengthen its energy security, and is preparing to build two nuclear power plants in Bushehr. The construction of power plants will take the Russian specialists: the details of the transaction have already been agreed. The agreement will be signed soon by the Director General of Rosatom Sergey Kiriyenko and the head of the Atomic Energy Organization of Iran, Akbar Salehi, during a meeting in Tehran.

The previous agreement between Russia and Iran, concluded as early as 1992, is obsolete and does not take into account current realities. The signing of the new agreement will create the basis for expanded cooperation of countries in the field of nuclear energy.

Thanks to support from Russia, sanctions from the United States and the European Union did not cause significant harm to the Iranian economy. After the 2010 year, when the UN Security Council imposed an embargo on the Islamic Republic, Tehran on trade issues appealed for help to Moscow and Beijing. West refuses to supply weapons to Iran - the country's military department buys weapon in Russia; The West is hindering the free access of Iranian oil — it is being bought out and resold by Russian companies; The West refuses to invest in the development of the Iranian economy - investments come from the Russian Federation and the People's Republic of China.

But oil prices have risen sharply since 2010, and this has hurt the wallets of Western enterprises.

Russia and China did not allow Iran to perish, which was declared a boycott in the West. Now Russia can rightly expect that in case of the introduction of third-level sanctions, the Islamic Republic will help it. The simplest and most obvious way to help Russia is to conclude new agreements, including in the field of arms supplies.

The stronger the pressure from the US and Europe will be, the faster will be the rapprochement between Iran and Russia. The foundation is laid for the creation of a new military-political bloc capable of resisting the offensive of the Western world in the Middle East, in the Caspian region, in the Caucasus and in Eastern Europe.

The alliance between Iran and Russia is still informal. Many transactions have been concluded between the countries, but there is not a single such agreement that could be called political or defense. Apparently, the signing of such an agreement is a matter of time, and in the coming years may take place historical a meeting of representatives of both states, where a new military-political alliance will be documented.

We should not forget about Syria, which has become close to Iran and Russia since the beginning of the civil war. In the future, this alliance may play a decisive role in the Eastern Mediterranean, because, thanks to the deployment of warships in Syrian ports, strategically significant Aegean and Red seas can be taken under control.

In addition, Syria has open access to Lebanon - one of the key states in the Middle East, from where you can control everything that happens in the region.

True, a potential Russian-Iranian alliance may encounter difficulties with logistics: the United States is doing everything possible to interrupt the land connection between Russia and Iran. First of all, it concerns the Caucasus: the United States is trying to strengthen its influence in Georgia and Azerbaijan to territorially isolate Russia from the Middle East.

It becomes clear why the United States incited the ex-President of Georgia, Mikhail Saakashvili, to unleash a war in South Ossetia: Washington hoped to destroy the states loyal to Russia, thereby creating a solid barrier in the Caucasus. But the plan of America failed - Georgia lost the war, and Azerbaijan learned the right lesson from the adventure of its western neighbor, and is unlikely to go to open confrontation with Russia.

At this stage, Russia's strategic task is the creation of a Transcaucasian corridor leading to Iran. There are two directions to choose from: the first is through Armenia, the second is through Azerbaijan. The first direction is not suitable because Georgia has blocked the way: in spite of the change of leadership of the republic, negotiations with Tbilisi have not yet yielded fruitful results.

However, Armenia has one indisputable advantage - there is a Russian military base there that protects the interests of Moscow in the Transcaucasus. In Yerevan, we are glad that we are under the Russian “umbrella”. If Armenia becomes neutral and announces the cessation of military cooperation with Russia, it will immediately engage in a destructive war with Azerbaijan. The republic's leadership does not want such a development of events and will make every effort to avoid the realization of such a scenario.

The second route through Azerbaijan to Russia is dangerous because it may close over time. Now Baku is pursuing a policy of balancing, trying not to get involved in conflicts with the main players in the region - Russia, Turkey, Iran. But the republic is still to Ankara. Recently, visits of Turkish military officials to the capital of Azerbaijan have become more frequent. This suggests that if a Russian-Iranian union is created, a Turkish-Azerbaijani alliance may emerge, supported by the United States and its allies.

Fortunately, the fragile balance of forces that has developed in the Caucasus makes it possible to avoid a regional confrontation between two or more military-political blocs. However, the aggravation of the situation in Ukraine will inevitably lead to geopolitical changes in the south too: in order to annoy Moscow, the United States and NATO are ready to create difficulties along the entire perimeter of the Russian border. So Washington will be able to disperse the efforts of Russia in different directions.

Therefore, Russia must hurry with the formation of economic alliances. In addition to China, Iran should become a priority ally. At the same time, it is important to take care of the security of the Transcaucasian corridor, including preventing Turkey from including Azerbaijan in its sphere of influence, as well as preventing such aggressive politicians as Mikheil Saakashvili from taking power in Georgia.

It is necessary to ensure reliable protection of Russian interests in the Middle East region, because the signing of economic agreements with Iran is only the first step, the foundation of the future alliance.