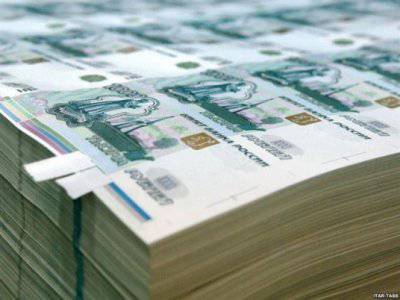 News In recent days, they suggest that Russia is preparing a strategic response to America and Europe. At the very least, is thinking of such an answer. While the West puzzles over sanctions, wanting to tame Moscow very cunningly, the Kremlin is calculating retaliatory moves. And, as is customary in our time, it launches in the media the propaganda of those curious scenarios, which the West, persistent in its Crimean delusions, can become a witness and participant of.


It all started with the statement of the Russian Minister of Economy Alexei Ulyukayev, made a month ago. It published RIA News" with reference to the agency "Prime".

This is what the head of the Ministry of Economic Development said: “The degree of freedom of American partners to apply some kind of tough measures is much greater (than that of the EU - Prime). I think that after all they should not go beyond the introduction of individual sanctions, if they go, this means a complication of the system of international settlements, the system of trade relations, payments. This means that we have to work out the lines we used to deal with - that is, to increase the volume of trade with countries that are calculated in national currencies. ”

The minister added specifics: “Why do we have to contract in dollars in relations with China, India, Turkey? Why do we need it? We must contract in national currencies - this also applies to energy and other areas. ”

And he summarized: “First of all, this should concern our oil and gas companies so that they can be bolder to conclude contracts in rubles and in the currency of the partner country. I think that now there is an additional impulse to finally finalize this work. ”

So, Mr. Ulyukaev almost called on native oil and gas companies for currency courage. And such a statement soon found appropriate responses.

2 April 2014 on the portal “To lead. Economy" The statement of the head of VTB Andrei Kostin was published. Note: says the banker. And not from the "small".

According to him, the largest Russian exporters are ready to transfer calculations for export deliveries into rubles. No, this is not just an expert opinion. And the expert said this is not in the kitchen for a bottle of tea.

Speaking at the congress of the Association of Russian Banks in Moscow, Kostin noted: Gazprom, Rosneft and Rosoboronexport in total export products for $ 230 billion a year. I spoke with the leaders of these companies. They are not opposed to export in rubles. They just need to give the appropriate mechanism. ”

The companies listed above, as you know, can be safely attributed to the budget. Oil, gas and to a lesser extent weapon - this is what Russia mainly exports. That is, basically, what Ulyukayev said: “First of all”.

To his words, Mr. Kostin added something else, namely, that Russia would thus be able to "reduce dependence on the whims of the US and EU authorities."

There was also banker's specifics. The head of VTB called for the creation of a Russian payment system as soon as possible, the absence of which, in his opinion, is "inexplicable and illogical."

At the same congress of the Association of Russian Banks, Valentina Matvienko also made a statement. Her words are given by the agency "Prime", referring to RIA “News”. According to the speaker of the Federation Council, the banking community should take measures aimed at improving the sustainability of the Russian financial system: “Under current conditions, we should be more active in taking measures aimed at increasing the sustainability of our financial system. This is a question not only of economic security, but also of the sovereignty of our country as a whole. ”

Matvienko believes that it is necessary to speed up the work on creating a national payment system in the country, because of 200 million million 95 bank cards are foreign payment systems. She highlighted the decision of the bank "Russia" to work only on the national market and make payments only in rubles.

We go further. From theory, it seems, there has already been a transition to practice. This is evidenced by some of the details of the planned Iranian-Russian barter deal, which appeared in the Russian media. This is the very deal that has been written about a lot before, starting in January, although many have questioned the news.

Site “To lead. Economy" 3 April reported that Russia and Iran had made significant progress in the negotiations on the supply of oil in exchange for goods. It is indicated that the volume of the transaction will be about 20 billion dollars. And the main thing: the implementation of the transaction will allow Iran to increase energy exports, and the Russian Federation will take a step towards abandoning the dollar in the calculations for mineral raw materials.

As for doubts about the realism of this deal, the head of the Ministry of Energy, Alexander Novak, gave an interview to the Russia 24 TV channel, where he said that Russia and Iran had no restrictions on the development of trade and economic relations.

“The deal will reduce the pressure on Iran’s energy sector and partially restore access to Iranian oil with the help of Russia,” said Mark Dubovitz from the Foundation for the Defense of Democracy. “If Washington fails to stop the deal, it can serve as a signal to other countries that the United States will not risk major diplomatic ties in order to maintain the sanctions regime.”

It turns out, the portal notes that the sanctions designed to demonstrate the strength of the United States proved to be a confirmation of American weakness.

"Russia holds the petrodollar with one hand and can in one instant respond in such a way as to cause such a collapse of the Dow, which has not yet been stories"- believes trader Jim Sinclair.

In the end, we add from ourselves, we are convinced that the United States in its hegemonic attempts again condemn themselves to a fiasco. A blessing in disguise, says a Russian proverb. The United States has long pressed Iran with sanctions, and even now they act to a significant extent.

Therefore, the announced deal between Russia and the IRI is likely to take place. In the end, today there is little that keeps the Middle East from revising the "petrodollar" relations with the United States. Of course, the departure from the petrodollars will be gradual in order to prevent a market crash and the breakdown of contracts in US dollars. But the “hegemon” rather tired the world with its dictate, and it’s great that he got tired. It is time for him to retire. But how many will he buy for this pension, expressed in dollar bills, with nothing but foreign oil that is not secured? And if you still remember the terrible US public debt?

Presumably, common sense in Washington will still prevail, and instead of preaching "shale gas" and "shale oil", which de is about to receive from the United States, mother Europe, B.H. Obama will slow down the tone and forget the word "sanctions" in general . Not that these sanctions will hit America after a while. Which will have to buy oil in the same Middle East, but ... for rubles.

Observed and commented on Oleg Chuvakin
- especially for topwar.ru
Ctrl Enter
Noticed oshЫbku Highlight text and press. Ctrl + Enter
We are
Project "ZZ". Poet under arrest, liberals at gunpoint?Results of the week. “We were sincere in our delusions!”
Military Reviewin Yandex News
Military Reviewin Google News
200 comments
Information
Dear reader, to leave comments on the publication, you must sign in.