We need to change the social order. 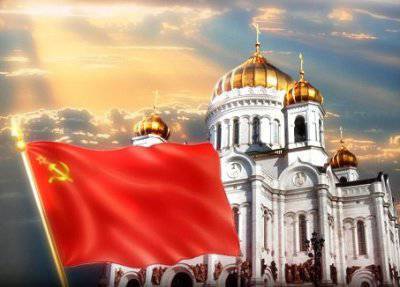 
I think that there is no need to talk for a long time about the fact that we are in the deepest pit. There was no such crushing and all-embracing catastrophe. history Russia. Its economic power has been destroyed, its state independence has been violated, the army, medicine, science and education have been ravaged, the original Russian culture has been completely destroyed, the level of morality has been sharply reduced. Only the Orthodox Church remained - this last stronghold of our Russian defense. If he falls, if the Church somehow conquers Catholicism, or simply becomes dead in her bureaucracy, then we can assume that Russia will no longer exist. Therefore, of the last strength, it is necessary to stand for Orthodoxy and support the Orthodox principle among the people. However, this is not enough. A change in the social order is also needed. And I would like to talk about this in more detail.

The fact is that it is the current capitalism that is the culprit and the universal cause of our catastrophe - it is now clear even to the blind and deaf. Imposed on us from the West, he became a ram who literally broke our Russian defense against world evil. And no wonder: capitalism is absolutely incompatible with the Russian mentality.

First of all, capitalism is unfair. In a market economy, an economically stronger one has more opportunities to twist the arms of a weaker one. Therefore, the rich get richer even more, and the poor take away what they have. This has long been reliably established by many honest economists. But capitalism brings the market to the point of absurdity - literally anything and everything is sold, including the money itself. And all the injustice and cruelty of the capitalist economy, our people now feel fully. And it must be said that a keen sense of justice is one of the most characteristic features of a Russian person.

Further, capitalism is sinful and simply depraved. Sin, as you know, is attractive, and therefore its sale is economically advantageous. And this means that capitalism, for which there is only profit, will always strive to exaggerate sin, to legalize it, to spread - in general, to give it an attractive presentation. And we all know what vulgarity, vileness and obsceneness pours and flows to our people in the form of goods, and not only in the form of books, cinema, music, theaters, television, the Internet - now all cultural phenomena have also been sold. All this is a direct threat to those traditional family and cultural values, thanks to which our people survived in the most difficult circumstances.

Finally, capitalism destroys our faith. Capitalism is not just practical materialism (as Berdyaev, for example, thought). No, he goes much further and turns into a religion - the religion of money, the worship of mammon - this modern face of Satan. Therefore, the words of the Savior “You cannot serve God and mammon” means that capitalism, as a service to mammon, is incompatible with Christianity. The Russian people have always been suspicious of wealth and despised gain. But now the mammon has lashed out everyone, made everyone work for himself. And therefore this terrible substitution of Christ by the mammon is performed, unfortunately, and in our people, disfiguring his moral character.

As we see, not only material, but mainly spiritual catastrophe carries within itself capitalism. And so for us it is destructive. We must face the truth and understand that under the rule of capitalism, Russia will never rise from its knees, never become Holy Russia. On the contrary, capitalism literally erases our civilization from the face of the earth. And therefore this system must by all means be eliminated and replaced by another. Which one Firstly, it’s fair, and secondly, it uplifts the spirituality of our people. The combination of these two conditions is satisfied only by Orthodox socialism. This system, the ideological core of which are Christian moral values, and the economy - such as the Stalinist, based on the nationalization of the means of production. Now this point of view is gaining more and more supporters, and it is among Orthodox Christians. However, many objections.

One of them is that the first in importance is not a socio-economic system, but a form of government. Orthodox monarchy is the social ideal of many church people. It is in it that the solution to all problems is sought. They say, “if only we had the Tsar, the anointed one - and he will decide what to do and what the economic structure should be”. This is a rather naive view. The fact is that before any king anyway there will be a question of a social order. For there is no monarchical system, but there is a capitalist system and a socialist system, and it is possible to choose at the present stage only from these two. And it is not difficult to predict the fate of the monarchy in both cases. Capitalist choice means that the property remains in the hands of the oligarchs, and therefore the actual power. The oligarchy himself wants to rule and multiply his power, and therefore he either destroys the monarchy, or makes it doll-decorative, powerless and powerless. This is undoubtedly shown by the whole history of the New Age, including the history of Russia. Conversely, under socialism, the monarch is the actual holder of all the economic resources of the country, and therefore has a truly autocratic power, which he has every opportunity to use for the benefit of the people and to build a great Russia. How can you not remember the example of Stalin. It turns out that only socialism can in the future become the basis for the revival of genuine autocracy. Thus, the goal of social change is the creation of a fertile social system; power is only the instrument of this creation.

However, they say: “Well, how can Orthodoxy and socialism be combined? This is absurd. After all, the Bolsheviks destroyed temples, killed priests and so on. " I will answer. Yes, our Church underwent the most brutal persecutions under the Bolsheviks. About one hundred thousand active believers were repressed, of which about 40% were shot or died in camps. And it would be the greatest injustice of this grave sin to hush up or downplay. The Lord punished the murderers - the Bolshevik case, as we know, was destroyed.

However, the bill, unfortunately, can be presented to the church side. The fact is that for a long time our Orthodox theologians distorted the Gospel and Patristic property doctrine, as a result of which it turned into an apology for private property. Especially strongly these distortions were made in the period of the end of the XIX - beginning of the XX centuries. Then, many articles criticizing atheistic socialism appeared in our theological journals. However, the controversy was conducted according to the principle: “if socialism is for public property, then in order to refute it it is necessary to advocate for private property”. As a result, the whole campaign turned into a justification for centuries of unjust property relations. In fact, the Church began to shield capitalism, which at that time was actively developing in Russia. This violation of gospel truth is also a sin. Of course, this is a sin of a completely different nature than murder and persecution. But since the Church is the guardian of God's righteousness, this sin cannot be qualified as insignificant. And the Lord also punished this sin, and through the same Bolsheviks, because of the wrong social position, the Church fell into class enemies, which led to persecution.

What is the way out of this historically established confrontation between socialism and Christianity? Only one: it is necessary to drop mutual accusations and start a dialogue from scratch. The church must be a Christian forgive offenders. And the Communists need to drive out of their ranks Trotskyist atheists, who are fiercely opposed to rapprochement with the Church.

Then Russia can enter the real path of building Christian socialism. This path, as it seems, is indicated by the Lord himself. And Russia from all sides tried to implement it. Once - from the side of Orthodoxy, having created the Orthodox Empire; the other is from socialism, which has built a state of social justice. And only the tragic inability to combine these ideas, has not yet given the opportunity to realize Orthodox socialism.

However, we have no other way.

Ctrl Enter
Noticed oshЫbku Highlight text and press. Ctrl + Enter
We are
About Stalin and KhrushchevWhat you didn't want to know about England
Military Reviewin Yandex News
Military Reviewin Google News
122 comments
Information
Dear reader, to leave comments on the publication, you must sign in.