When Maidan is empty 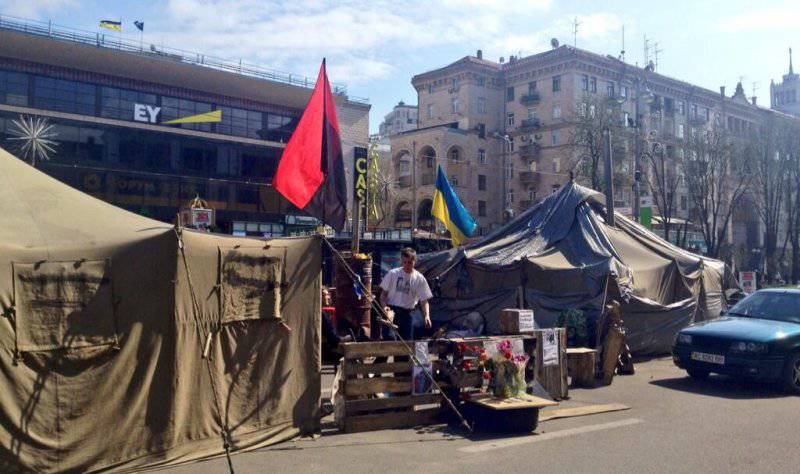 Today on the “Russia 24” watched a demonstration report. They interviewed self-defense on Independence.

Sadness and discouragement. Independence now is not the same. Remained not the hardest spirit, but obviously the most useless. Who really has nowhere to go. They complain that it became bad with software that they were forgotten now.

Moor did his job - moor can leave.

And do not need any high-profile decrees and "hard" documents. No need for police and special forces. None of this is necessary. Everything turned out to be much simpler - it was only worth removing from the allowance. And really, why spend the money on the material already spent? They will look there, on the Maidan, and they themselves will go home. To whom is where. And who has nowhere - well, today the problems are different.

Those who conceived all this have long ruled the country from their offices. Those who wanted to declare themselves as a force to be reckoned with have long been in other places. Armed, well-fed, ready to do what they love - to kill, maim, rob.

Among this herd even our compatriot was found. He told that he came to the Maidan four months ago, as if by experience sharing. Say, and we have to organize this. “At first, everything was very liberal, but then the Nazism was flooded frankly” - his words. Learn, dear, learn from the experience. And if we could theoretically have such a possibility, we would have wiped your legs in the same way about you, but already yours, those who sent you. Learn.

I eagerly watched the camera. And I saw the wrong maidan in February. How quickly the revolutionary enthusiasm and patriotism ends, if the money runs out! It was very noticeable.

Even when it all started, it was not a secret for me that both idealists, who really want to change something, and those who want to profit from it, will go to Maidan. Idealism ends even earlier than money. It ends when blood is shed. Therefore, there are no more idealists on Independence. Have ended. Realists are also far away. The restless remained, who, on the one hand, have nothing left to catch, and they obviously do not know how to be able to. Garbage, in a word.

They do not want to work, and apparently they do not know how. Fees for op and throwing stones are also not expected, and there is no one to throw at. The hangover begins. I think that soon we will have to learn many interesting details from these disappointed self-defenders. And what defencists are they now? What to defend? Its area, bomzhesbornik Square?

Tomorrow always comes. In this tomorrow Kiev Maidan has already died. For uselessness. And in this tomorrow, with rather contradictory feelings, I listened to these people, who only a month ago decided the fate of not the smallest country in the world. And now abandoned, like a cartridge case or a used condom.

But for some reason not a drop of pity arose in my heart.