Three more Ukrainian saboteurs were turned out of Russia 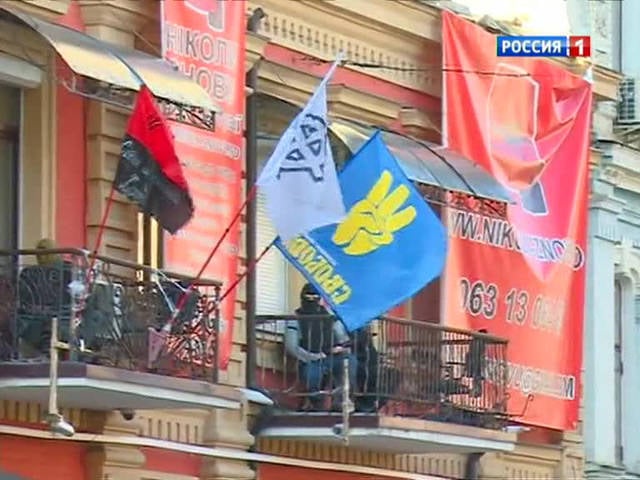 Three activists of the "Right Sector" were expelled from the territory of Russia, Interfax reports. They were detained in the Rostov region and Kalmykia and admitted to have links with the Security Service of Ukraine (SBU).

Vitaly Krivosheev, Artem Golovko and Kirill Pilipenko were notified of the ban on entry into Russia for a period of three to five years and were expelled from its territory, reported the Russian Federal Security Service in the Rostov region. They also clarified that two citizens of Ukraine were detained on the territory of the Rostov region, the third - in Kalmykia.

Krivosheev, Golovko and Pilipenko confirmed receiving instructions from representatives of the Security Service of Ukraine on photographing places of deployment and recording the facts of movement of military equipment of the Russian armed forces in the regions bordering on Ukraine. In addition, according to them, they were assigned the task of studying the socio-political situation and establishing contacts with representatives of Russian radical structures. The transfer of the collected information to representatives of the Security Service of Ukraine was provided through the Internet and SMS messages. Activists of the "Right Sector" were identified and detained until they committed unlawful acts to the detriment of the security of the Russian Federation.

Earlier it was reported that 25 citizens of Ukraine, among whom - three activists of the "Right Sector" - were detained on suspicion of preparing sabotage in Russia. According to the security services, the attacks were prepared in the period from 14 to 16 in March in seven regions - Rostov, Volgograd, Tver, Orel, Belgorod regions, in the Republics of Kalmykia and Tatarstan. All the detainees, including three activists of the Right Sector, confirmed receiving instructions from representatives of the Security Service of Ukraine.

Ctrl Enter
Noticed oshЫbku Highlight text and press. Ctrl + Enter
We are
Yarosh disown the saboteurs captured in RussiaSBU threw a group of saboteurs on the territory of Russia
Military Reviewin Yandex News
Military Reviewin Google News
40 comments
Information
Dear reader, to leave comments on the publication, you must sign in.