April 21 2011
1
In connection with the new space exploration programs that the Russian government planned for the near future, Anatoly Perminov addressed the Federation Council members. The head of Roscosmos informed about the current state of the industry and the prospects for its development in the current decade.

In his speech, Perminov criticized not only the Ministry of Finance of the Russian Federation, but also its head, Mr. Kudrin. The head of the Federal Space Agency on the work of the Ministry of Finance said the following: “Today we conquer markets only through our technologies in the field of space exploration, the policy followed by the Ministry of Finance does not allow us to fully implement projects to conquer new foreign markets. We need to be equal to China. In this country, a specific task has been set: to occupy all the markets in Asia and South America for five years, and to invest in these promising markets on the basis of the financial component, Beijing has been given the task, even despite the obvious damage to the national economy. In winning the markets, the main factor of victory is the financial component. Today we cooperate with Argentina, Chile, Brazil and Cuba. With these countries we will create spacecraft. ”

According to Perminov, Russia will gradually move away from the use of Proton heavy launch vehicles that operate on toxic fuels. But this will happen only if the new Angara launch vehicle passes flight tests successfully. In the "Angara" is used environmentally friendly fuel. Its first launch is scheduled for 2013 year.

According to the head of Roscosmos, the leading space powers have not yet found components that could provide the same thrust as the fuel on which Proton operates. “Worldwide, demethylhydrazine is used as a fuel in heavy missiles, as well as its various variations, TG-02. There are no other compromise components. The whole world continues to exploit these heavy rockets. If we abandon the Proton rocket, we will get a full stop of launches of dual-use and military vehicles, and commercial launches will be reduced by 50 percent, ”said Anatoly Perminov. 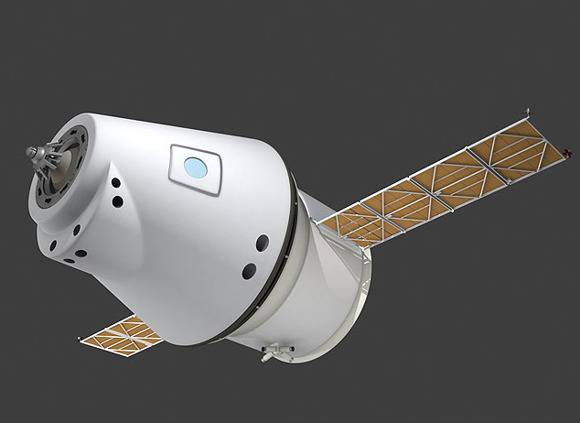 In his report to the Russian senators, Anatoly Perminov also touched upon the prospects for the development and testing of the new Russian spacecraft Rus. In particular, he pointed out the following: “At least fifteen trouble-free test launches in unmanned mode will be required. After a thorough review, a decision will be made to send the crew. ” It can take at least two years to conduct unmanned test flights. The first launch of the “Rus” rocket from the Vostochny space center will be carried out in 2015, and the launch with the crew in the 2018. The head of the space agency of the Russian Federation also said that after the construction was completed, the Vostochny cosmodrome will be operated in parallel with the existing Baikonur and Plesetsk.

Anatoly Perminov is confident that the expedition to Mars will become a reality in a quarter of a century. “Of course, you need to prepare for the flight. This process is long and phased. But we still have nothing to fly on. It is absurd to make a flight to Mars on those spaceships and engines that we operate today, ”said the head of Roskosmos. “The point is that we need to build a new ship with a completely modified nuclear installation with a megawatt class of power, and only in this case can we fly to Mars. Taking into account the use of new engines, the flight will take about a month, but this is real only after 2035 of the year. All these empty and absurd conversations - like I agree on a one-way flight, just let me go to Mars - just nonsense. What is the result for science from such a flight? Obviously, no, ”said the head of Roscosmos.

The United States turned to Russia with a request for new supplies of domestic rocket engines for American industry, said Anatoly Perminov, and added: “Now they have come out with a proposal to purchase another type of rocket engine.” In particular, the head of Roscosmos recalled that one of the engines RD-180, which is produced in Russia and used in Atlas missiles, is already being supplied to the United States.

Deputy Head of Roscosmos, Vitaly Davydov, also spoke at the Federation Council of the Russian Federation, who told senators about the results of testing the Bulava naval strategic missile. In particular, he said: “It would seem that the difficult period of the Bulava was left behind, we have now eliminated the flaws that were, and, in general, we share with some confidence the optimism of the developers, in the sense that the work will be completed.”

The problems identified during the tests were solved thanks to state support measures. For the most part contributed to the approval of the development program of the defense. The budget has been reserved the necessary funds to finance the projects started, including the allocation of funds for the preparation of production, which is associated with the "Bulava".

Vitaly Davydov noted that in the adopted State Program for Armament-2020, one of the priorities is rocket and space technology, funding for it is increased, and this gives confidence in the development of space exploration in the future.
Ctrl Enter
Noticed oshЫbku Highlight text and press. Ctrl + Enter
Military Reviewin Yandex News
Military Reviewin Yandex Zen
1 comment
Ad