Allied agenda: what conclusions were drawn from the "Ukrainian crisis" in Kazakhstan 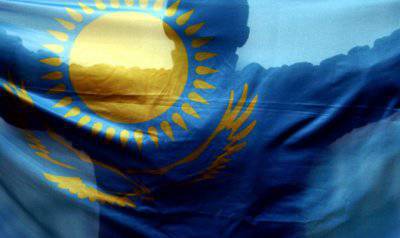 The Ukrainian crisis has become a kind of test of the future Eurasian Union for strength. And not only himself, but also the events that he pulled along. For example, the UN vote.


However, it is much more important what conclusions the allies of Russia have drawn from the Ukrainian crisis. Because to consider Euromaidan exclusively as a change of power is fundamentally wrong. If you do not understand the underlying processes that led to the destruction of the state during the conflict of oligarchic groups, you can miss the similar challenges in their republics.

The first to draw conclusions was Alexander Lukashenko, who explained that the corruption component of Euromaidan was key in provoking rebellious sentiments among citizens. In parallel with domestic political conclusions, Belarus was strengthened aviation grouping.

Following Minsk, it was the turn to draw conclusions to the allies from Astana.

The national question and the Russian language

“Some zealous officials are beginning to say that when applying for a job, knowledge of the language is necessary, say, some or something else, you need to bring such to life. The prosecutor's office should work on this, ”said Nursultan Nazarbayev, President of Kazakhstan, explaining the essence of national politics to the power verticals.

The Ukrainian crisis has clearly shown that one of the painful points is the problem of coexistence of ethnic groups within the framework of one national jurisdiction. The problem is rather artificial, but there will always be a temptation to shake the internal political situation using ethnic contradictions. And the language policy is a marker of the interethnic world. The Russian language has always been a stumbling block, fertile ground for any aggravation of the national question.

However, the point is not in the Russian language as such. Just any national language and culture will always be in the area of ​​influence of Russian culture as one of the world cultures.

Trying to oppose national and world language and culture is not just a mistake, but a path to collapse. Because any regional national culture can develop only if it is integrated with one of the world cultures.

In practice, this means that even a ban on the Russian language and the creation of a cultural ghetto will not give the national culture a positive dynamic. The example of Moldova, the Baltic states or Georgia shows that the only result of the aggravation of national and language policies are civil conflicts.

In the context of Kazakhstan, which is trapped between two world cultures, Russian and Chinese, the question of national culture is not only a question of peace and tranquility, but also a strategic choice.

The second conclusion from the “Ukrainian crisis” was a large-scale personnel reshuffle in all branches of the vertical of power - from the Cabinet to the Mazhilis (the lower house of parliament).

National political analysts argue about the effectiveness of personnel shifts and of each specific person. However, as it is known, there are no irreplaceable people and the logic of Nazarbayev’s management decisions is more correctly analyzed not at the level of personalities, but at the level of state functions. In this approach, it becomes clear what the main challenges for Kazakhstan are Elbasy.

Much has been done, but in our, allied case, the following personnel decisions by Nazarbayev are the most important:

Thus, the state secretary is a key figure in shaping public policy. And the fact that a person who was engaged in the republic’s defense capability and military integration with Russia was moved to this position speaks volumes. Especially in the context of the withdrawal of NATO troops from Afghanistan and the highly probable slide of the region into chaos.

Moving the prime minister to the post of minister of defense may mean that a person will appear at the head of the security agency who understands how to use the entire national economy in the interests of military security. If we consider that Akhmetov has served as prime minister since 2012, that is, since the beginning of intensive integration with Russia, the logic of Nazarbayev is more than understandable. The Minister of Defense of Kazakhstan cannot be just a military man or just an administrator. Issues of military security of Kazakhstan can not be solved without the help of Russia. Consequently, the Minister of Defense becomes primarily a minister of military-technical integration with Russia. Because the security of the southern border of Kazakhstan and the Caspian Sea is in principle impossible to ensure only by the forces of Kazakhstan. The more intense the military integration of Kazakhstan and Russia, the greater the chances of successfully solving these tasks.

In favor of the fact that Nazarbayev considers the main priorities of the state security issues are two key decisions:

- prohibition of the use of traumatic weapons civilian population;

So, the allies in the future of the Eurasian Union quite correctly understand the current situation and, simultaneously with Russia, put security and defense issues at the center of the political agenda.

Ctrl Enter
Noticed oshЫbku Highlight text and press. Ctrl + Enter
We are
The fifth wheel in the wagon of the Customs UnionRevealed the secret of provocation in the American Boston
Military Reviewin Yandex News
Military Reviewin Google News
235 comments
Information
Dear reader, to leave comments on the publication, you must sign in.