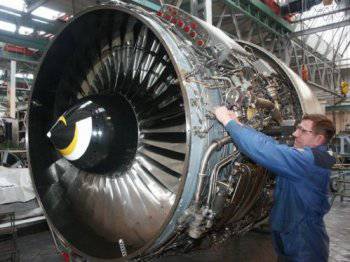 The new Ukrainian authorities continue to threaten Russia with a break in military-technical cooperation. According to the Ukrainian press, at the end of March the concern “Ukroboronprom” stopped the delivery of military products to Russia. The acting head of this organization, Y. Tereshchenko, noted that the consequences of a break in cooperation will hit Ukraine as well, but there is no need to continue bilateral interaction. First Deputy Prime Minister V. Yarema also touched on this topic. According to him, to supply products that can be used against Ukraine to Russia is complete insanity.


After the collapse of the Soviet Union, independent Russia and Ukraine were able to maintain some production links, and for the past twenty-plus years they have successfully cooperated with each other. Cooperation consisted in the supply of one or another product, and in carrying out various works. For example, intercontinental ballistic missiles R-36М2, built at the Dnepropetrovsk plant "Yuzhmash", are still served by Ukrainian specialists. As for cooperation between defense enterprises, the order of 1300 Russian and Ukrainian organizations takes part in it.

Perhaps the most important article of cooperation between Russia and Ukraine in the military-technical sphere is engine building. As an example of the importance of such bilateral relations, one can cite the cooperation of the Russian aircraft industry and the Motor Sich Zaporizhia enterprise. Ukrainian motor builders supply 40% of their products to Russia. The share of Zaporozhye helicopter engines in the Russian aircraft industry reaches 70%. Thus, the termination of cooperation between the Russian United Aircraft Building Corporation and the Ukrainian enterprise Motor Sich will lead to a significant reduction in production volumes and, as a result, to a serious deterioration in economic indicators.

The management of the company “Motor Sich” understands the risks and a few weeks ago told about their plans. Zaporozhye engine builders are not going to refuse to cooperate with the Russian aircraft industry and intend to continue the implementation of all existing contracts. It should be noted that the refusal of “Motor Sich” to cooperate can have fatal consequences. The company receives about half of all necessary components from Russia. The state of the Ukrainian economy and industry is unlikely to quickly launch the production of all necessary components and assemblies. As for Russia, currently, work is underway to deploy the production of helicopter engines. During 3-4 years, the Russian industry can deploy full-scale production of the necessary engines.

The Russian United Shipbuilding Corporation is to some extent dependent on the Ukrainian enterprise Zorya-Mashproekt. Thus, in March, the Kaliningrad shipbuilding plant "Yantar" received several gas turbine engines for the 11356 frigates under construction. In addition, Ukrainian engines are supposed to be used on frigates of the 22350 project. A contract has already been signed for the supply of six power plants for ships of the 22350 project. To date, Russian shipbuilders have received two units M56, another one is currently under construction.

Last summer, it was reported that 97% of the production of the Zorya-Mashproekt plant was supplied to foreign customers. A considerable part of the products produced are orders of Russian enterprises. Ukrainian gas turbine engines and pumping installations are supplied both to shipbuilding plants and to various Gazprom facilities. As in the case of helicopter engines, the termination of the supply of products of the enterprise "Zorya-Mashproekt" will not benefit any of the parties.

It should be noted, not only the Russian industry depends on foreign engine-building. Since 1985, there has been an active exploitation of the Zenit family of launch vehicles. The construction of the missiles themselves was and is being conducted at the Yuzhmash plant in Dnepropetrovsk. At the same time, engines for missiles of the Ukrainian assembly are produced by the Khimki NPO Energomash named after Academician V.P. Glushko. Unique engines RD-171 are made only in Russia. Further construction of Zenit missiles is impossible without these engines.

Continuing the theme of cooperation with "Yuzhmash", we should again recall the joint work on the maintenance of missiles R-36М2. The Russian strategic missile forces are armed with several dozen products of this type that require appropriate maintenance. At the termination of cooperation with Ukraine, rocket maintenance will have to be carried out by Russian specialists. Ukrainian specialists, in turn, may remain without a substantial part of their income. Moreover, the plant "Yuzhmash" may lose just two items of income.

Unfortunately, the termination of military-technical cooperation between Russia and Ukraine in the field of various engines and other areas will affect the pace of production of certain types of domestic technology. At the same time, however, some work is being done, the purpose of which is to reduce or completely eliminate dependence on foreign products. It will take some time to carry out such programs, up to several years, depending on the type of imported products being replaced. Therefore, the rupture of relations in the next few months will hit the Russian defense industry. Fortunately, Ukrainian enterprises are not interested in the termination of cooperation, since such a step is dangerous for them. What will be the decision of both parties and its consequences - time will tell.

Ctrl Enter
Noticed oshЫbku Highlight text and press. Ctrl + Enter
We are
The results of the Zelenodolsk plant them. A.M. Gorky in 2014 yearSquadron for export
Military Reviewin Yandex News
Military Reviewin Google News
74 comments
Information
Dear reader, to leave comments on the publication, you must sign in.