Grandpa Kurt, good Putin and the return of Konigsberg

April 11 2014
93
On the portal "NewsBalt" A translation of the “Grandpa Kurt” column (Opa Kurt) published in the online Rostock Magazine. This "grandfather" writes about what he wants, and so far no one has decided to edit his texts. This time, in his column, Kurt criticized the West, told readers about the good Putin, and shared with Frau Merkel his plans for returning the city of Konigsberg to Germany. 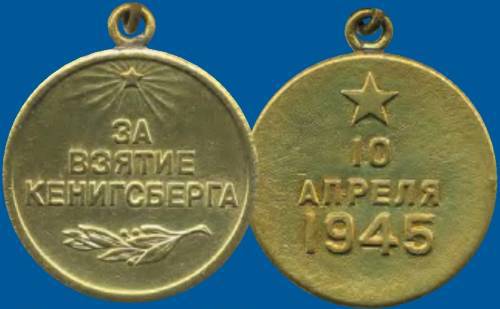 He begins the columnist-humorist with the ironic praise of Putin. To the owner of the Kremlin, he is ready to take off his hat.

“One of his composure is worth something! I am sure you watched an interview with him in which he, with his legs spread wide apart, sat in front of carefully selected media representatives and expounded his position. And this is his pretty ironic twitching at the corners of his mouth, when he explained that “well-equipped armed military units in the Crimea are not Russian troops, but the forces of self-defense of the Crimea!”

In short, the “grandfather” was impressed by Putin’s composure.

Then the columnist turned to the consideration of the main western question: was Putin the villain? The author hints that it is not a villain. And if a little bit is a villain, then in the West, especially in the USA, there are far greater villains. Putin could even "put a mirror before the West (that is, us)," the author writes.

“I will give just one example: Iraq. The need for war there was based on the cold-blooded and conscious lies of the Bush administration. Hundreds of thousands of Iraqi civilians lost their lives in this war. In other words: if George W. Bush was the head of a third-world country, he would probably have appeared before the tribunal long ago. Fortunately for him, he was the president of a superpower. Therefore, it is inviolable.

We, the Germans, are also participating in this. Even if we only provide supplies through Germany. Former Chancellor Schröder expressed this surprisingly openly: “We ourselves violated international law in the war in the Balkans and attacked Serbia!” So ​​Putin is a villain? Even if yes, it’s just one of many. ”

Reading the “grandfather”, one should think: why would the columnist sing the odes to Putin and at the same time belittle his native West?

Then Kurt generally starts to play, as they say, on the Russian field. Russia and the Crimea? Here is the right Moscow!

Firstly, the West in Ukraine is "courting nationalist forces" close to the National Democratic Party of Germany. Secondly, the first bill of the Ukrainian “revolution” was to be the law on the abolition of the status of the Russian language as the second state language of Ukraine. But what about ethnic Russians in Ukraine? And Russia will be “indifferent to look at it”? .. Thirdly, the Crimea becomes a part of Russia, since it is populated mainly by Russians. Fourthly, the people of Ukraine become the “tragic character” of the hypocritical theater, because they think about it least of all. There is a fight for power, Tymoshenko, Klitschko flash ... The voice of the West "sounds unconvincing."

And here the author takes the bull by the horns.

“Occupy Konigsberg!” He cries suddenly. This, by the way, is Angela Merkel's business advice.

“I think Putin will understand best of all what he does in Ukraine if he does the same. If I were a German chancellor, I would have occupied the enclave Konigsberg. ”

The name "Kaliningrad" Kurt, of course, does not use.

And in order to be at least as kind as Putin, the “grandfather” appeals to international law:

“And international law would be on my side! According to international law, it is forbidden to hold territories conquered during hostilities! I would have filled up Russians in Konigsberg with propaganda literature praising the charms of the German social state, I would allow Russian as the official language, and I would say to skeptics in Germany: “Koenigsberg is an ancient German land!”

The "grandfather" is on the ready and strong point. Russia can not answer! How do you attack a country that is a member of the formidable NATO bloc?

“After all, we are in NATO! Otherwise, the union contract will enter into force! And Putin will deal with all of NATO! ”

“… Occupy Koenigsberg! I am ready to be with you! And I even know there are a couple of places where you can eat well. ”

So that's why, we add, “the grandfather” praised Putin and even ordered the West to look in the mirror. He decided that the time had come, so to speak, to imitate Putin. They say that the Russian president returned the Crimea to Russia, and we (represented by A. Merkel) will return Königsberg to Germany — perhaps with the help of NATO.

One of them was forgotten or deliberately silent about the famous Rostock satirist. About the most important thing. Putin did not return the Crimea to Russia. A referendum was held on the peninsula, and almost all the residents of the Autonomous Republic of Crimea who wished to vote reunited with Russia. Here are two questions submitted for the plebiscite: “Are you for the reunification of the Crimea with Russia as a subject of the Russian Federation?” And “Are you for restoring the Constitution of the Republic of Crimea 1992 of the year and for the status of Crimea as part of Ukraine?” 96,77% expressed itself for the reunification of the Crimea referendum participants.

The path of "Kurt's grandfather" is completely different and is based on the call "Occupy Koenigsberg!" But did Putin occupy the Crimea? The obvious juggling. The German reader must unwittingly swallow a slipped roast fact. Occupy is a favorite occupation of Western warriors. Americans. And the Germans, if grandfather knows, have unleashed two world wars in the past century.

And how you like it: “I would have filled up Russians in Königsberg with propaganda literature praising the charm of the German social state ...”? Kurt knows perfectly well that Moscow not only did not fill the Crimea with any propaganda, but even in a certain sense was the opposite: Ukraine blocked Russian TV channels (Channel One. World Wide Web, RTR-Planeta, Russia-24 and NTV Mir "). But pro-Western broadcasting in Ukraine was abundant. And now it has not gone anywhere.

The German "grandfather" is well aware that in his case, propaganda will be required. He understands that “Konigsberg” will not go to Germany for good. How many Germans can be found there? .. Not even half a percent will be typed. Hence, the imperative ("Occupy"), and the intimidation of NATO.

And the columnist himself admits that Crimea is predominantly populated by Russians.

It is strange that another “grandfather”, Mikhail S. Gorbachev, has not yet joined satirist Kurt. Give the Germans Kaliningrad on the Ural Mountains! Wind of change, yes, western villains?

Observed and commented on Oleg Chuvakin
- especially for topwar.ru
Ctrl Enter
Noticed oshЫbku Highlight text and press. Ctrl + Enter
We are
Results of the week. “Don't teach Grandpa to cough!”Results of the week. "Who will be the last to leave the composition of Ukraine is also debts!"
Military Reviewin Yandex News
Military Reviewin Google News
93 comments
Information
Dear reader, to leave comments on the publication, you must sign in.